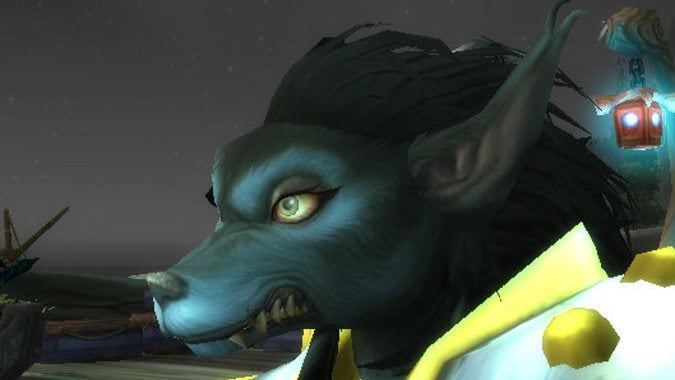 I hope you have a great Patchmas! I have my auction house mods ready to list all kinds of herbs, and I’m super excited for my worgen’s new face. I will say that I’m a little sad, because I felt like the “first day with all these teeth” smile really suited the personality of my pet-taming Druid. After all, that was literally the story we played through in Gilneas. But it’s been a bit. She’s probably used to them now.

Q4tQ: if grey quality gear could be upgraded into white/green/blue while keeping its appearance (but with RNG stats), would you use it?

GIVE ME THIS ADORABLE HAT.

Ahem. There are a few items I would love to upgrade from grey to green, just because of transmog. Several items early on in the leveling curve could also stand this treatment, like those useless Defias masks. One quirk I have is, I always keep my starting gear in WoW. It’s for no reason at all, because I can’t even transmog it. I’d love to be able to roll around as a little footpad again.

ARTHONOS GETS A WAR STORY

Q4tQ: What would your reaction be if Blizzard changed the way trash works in dungeons, so that when the last boss is engaged all remaining trash in the entire instance aggros and charges the group?

Way back in the day, I was doing Black Morass with some guildies. We ran in on our mounts and predictably got aggro from a couple crocs and invisible tigers. So of course, that’s my cue to shoot off into the distance, rounding up more and more wildlife.

“Uh, guys? Why aren’t these leashing?”

“Oh my god because you’re in an instance?”

I’m guessing the first time they instituted a change like that, it would also be the very last time anyone made that particular mistake, in a similarly memorable fashion. It would really suck for people doing current content, but it would be amazing for people going back into previous expansions for cloth or transmog. We’d adapt, the way we always do.

I just noticed in Classic the number of people playing Gnomes. They are multiplying like crazy.

Q4tQueue: If you are playing Alliance in Classic, do you have a Gnome character? And if you do, what class?

I have a little pink-haired baby Gnome Rogue I’ve been playing a bunch on my Wednesday night streams, and there are a few reasons. I’m pretty short IRL, so I kinda identify with the little dudes. Escape Artist can be really valuable in both PVE and PVP. Being a tinier target makes you harder to notice in PVP.

But honestly, most of all, it’s because being ganked by a cute little pink haired female Gnome Rogue tilts Horde off the face of the planet. They can’t really do too much about it, because they’re stunned of course, but I can just feel their frustration building. Then they’ll corpse run back and randomly AOE a couple times while I watch from a distance, because of course I’m not in Arcane Explosion range anymore. What, they think I’m an amateur? Then when I come back in and kill them again, they’ll try getting parties together to root me out. Of course, they won’t tell anyone they got ganked by the cutest little rogue SI:7 has on the roster…but they’ll still know I bested them. I break them a little bit at a time. They’re delicious, the tears of my enemy.

And that’s why Gnomes are fun to play! Hope that helps!

KALCHEUS KNOWS MY BRAND SO WELL

Q4tQ: How terrified is Blizzard of Planet Zoo that they’re dropping 8.2.5 on the same day that the Beta starts? And what will they announce at BlizzCon to steal the thunder from the Planet Zoo release date of November 5th?

I think Planet Zoo has this one tied up, honestly. Cute animals you can learn about and a beloved franchise? They really have Blizzard on the ropes.

This is a guess, but I’m thinking they’re going to announce at least one game we “can play, right now,” at BlizzCon to try and even the odds — Diablo Immortal‘s switch being thrown during the opening ceremony is a good bet, as is Warcraft 3: Reforged. Given the choice between those two and Planet Zoo? I’d honestly have to pause for a few seconds before booting up Planet Zoo because neither Diablo Immortal nor Warcraft 3: Reforged has red pandas so it was an unfair competition.

RJAGODA JUST GAVE ME AN EXCUSE TO TALK ABOUT ANIMALS MORE

I just Googled “Why do raccoons exist?” if you were wondering how I spend my spare time. For the record, I found no suitable answer.

Because the world needs fuzzy, smart little garbage eaters. It’s something I aspire to, really. #goals 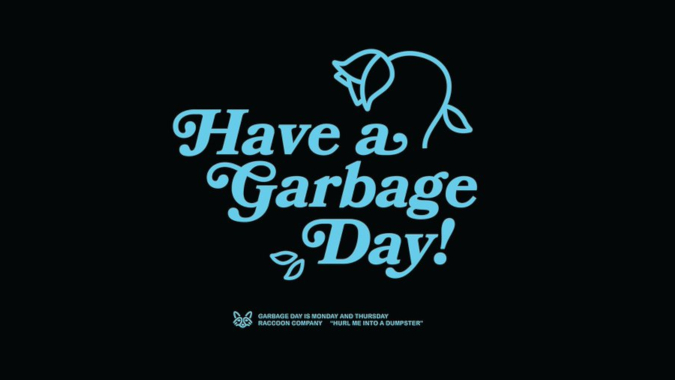 Q4TQ: as we steadily approach the month to Blizzcon mark, anyone else feel that we are in for a BIG Blizzcon? Like last year was a bit of a let down no matter how you spin it. But im getting a feeling that some HUGE announcements are coming for WoW, OW and Diablo.

My feeling was always that this one was going to be particularly epic, regardless of announcements. We’re celebrating 20 years of Warcraft and 15 years of WoW, after all. I’d predict that the 2024 BlizzCon is going to be a showstopper too — assuming we haven’t all sunk underwater as the ice caps melt by then, of course.

We heard starting at BlizzCon last year that Diablo 4 is almost certainly going to be a thing sooner or later. It’s obviously conjecture but I’ll eat my hat if Blizzard PR wasn’t involved in the post-Diablo Immortal “leaks” that a Diablo 4 reel was prepared. I totally understand that they don’t want to jump the gun given their history with timely delivery of content with the Diablo series in particular, but I’d give it an 80% chance or better that we’ll see some D4 news.

The Overwatch 2 rumors do come from a reputable source, but the way it was presented so far makes it seem as though it’s far further in the future than Diablo 4. It’s possible they have a really cool cinematic and sizzle reel the way they did when Overwatch was first announced 5 years ago, with a beta that started nearly a year later. This seems fairly likely too.

I’d say a Hearthstone expansion is all but a given, as is WoW‘s next expansion. I’d guess at least one new Hero of the Storm, but any more than that is a little less certain. I would love to see remasters of The Lost Vikings or Rock N Roll Racing, especially if they were also a part of this Nintendo Switch collaboration, but that’s mostly a pipe dream. And though I’m wavering on which one it’ll be I would bet a thousand BlizzardWatch Bucks there’s going to be some kind of playable content that goes live in the middle of the opening ceremony, whether it’s one of the titles we’re already waiting for, or a vertical slice of something new available for a limited time to congoers and Virtual Ticket holders, like the WoW Classic beta last year.

tl;dr: buckle the heck up, kids.