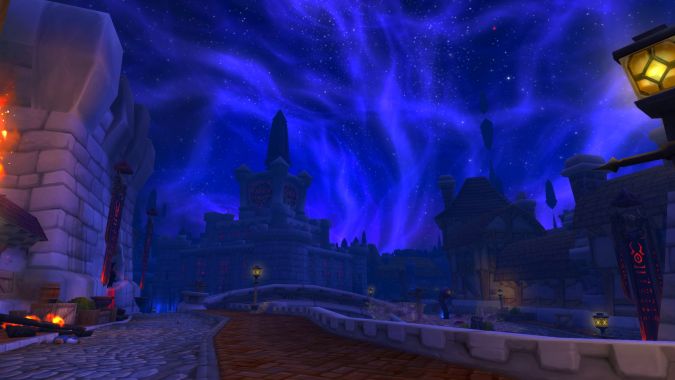 Unfortunately, I only have one of those things right now. But it still made for a fun title.

NY’ALOTHARFOX HAS THE BEST THEMED NAME EVER:

Apparently today is my 10 year anniversary on Twitter.
I joined Twitter to enter a “contest” that pretty much was a freebie to get into a beta for an MMO, that wasn’t great. I can’t even remember the name of it now, but I remember I entered an area, the game crashed, and I couldn’t log back in. I had to delete it and re-download the whole game and then create a new character. Yeah I reported that bug.

But now I’m thinking about how much has happened over the past decade. And while things have happened and changed, considering it’s been a decade, which seems like a huge amount of time, not that much has changed. Not as much as I would have expected in that amount of time.

Dangerous QftQueuvians: How different was your life ten years ago?

Apparently I’ve been on Twitter for 10 years as well, though I have no idea why. I didn’t actively start using Twitter until probably more like… 6-7 years ago? Which I guess is still a pretty long time.

To your question: 10 years ago vs. now is a pretty night-and-day situation. Granted, 10 years ago I was 17 and only a month and a half into my senior year of high school, so it’s probably not too surprising to know things have changed. But still. In that time, I dated my first girlfriend (yes, it didn’t happen until I was almost 18), lost my sister, dated (and eventually came close to marrying) my second girlfriend, switched career paths entirely (I was pre-med for 90% of college), spent an entire year more in school than I’d planned, gained and lost multiple jobs (some of which I thought I would stay in forever), realized just exactly how much it sucks to pay for basic living, and still never moved out of Michigan, which was literally part of my 5-to-10-year goal when we had to write about our futures in high school. Y’know, among other things.

QftMitch: Not sure if too spoilery right now, but what are your thoughts on the new prophetic whispers from uphol’stogoth?

The (very spoiler-y) post from Wowhead shows said prophetic whispers in their entirety, but my thoughts are that his initial whispers showed us where Blizz had the story going for the more immediate future, and these new ones show where they’re going next. “Next,” of course, can mean in the next expansion or several years from now. I also think they’re a good way to reassure players like myself that the Old God story isn’t done after this, even if we do end up “defeating” N’Zoth. Even if ol’ Ilgy is lying about some of these, I don’t think they’re all lies. After all, the Void sees all possible futures. Maybe we get the one in these whispers, maybe we don’t.

Oh, and it would be nice if players/NPCs acknowledged these a little more heavily this time around. “The Diamond King has been made a pawn” seemed incredibly obvious to almost everyone, but not one character stopped to think, “Hey, Magni was a king. And he’s made of diamond. Maybe we should keep an eye on what’s happening with him, eh?”

MISTAH JAY KNOWS TO WHOM I AM LOYAL:

That depends on your definition of “significant.” I think in terms of content, the most Blizz will do is the equivalent to the Sylvanas Loyalist epilogue. A small quest chain with an exclusive look at until-then unknown lore. I don’t think it’ll play a mechanical role in any of the Ny’alotha fights, though. Maybe you’ll get extra whispers, but not much beyond that for the raid itself. I would love if we got something more substantial (even and Aldor/Scryers sort of split where we have different encampments), but I’m betting the Loyalist epilogue is a good indicator of where this sort of player-choice content will take players.

I’d remove Priests and add Shadow Priests. No more Light for us. No more one-spec limitations. All Shadow all the time, baby! Mwahahahaha.

…but barring that, I’d remove Paladins and add Spellbreakers. I love the design of FFXIV’s Red Mages, and I think a class that legitimately played with both spell casting and melee as part of their rotation, and one which wore heavier armor like the Blood Elf Spellbreakers would be super freaking cool.

Q4tQ: Where would all the classes be on one of those Lawful Good/Chaotic Evil DnD charts?

Caveat that I only took specs into account for Priests, but…

GALDWYNN GETS IN TWO QUESTIONS:

Will you have to be 120 to do the Vulpera Allied Race questline?

With Mechagnomes and Vulpera confirmed does that make a Tinker class more likely for the next expansion?

Technically, the requirements (according to Blizzard) are that you complete the Vol’dun storyline achievement (Secrets in the Sands) and be exalted with the Voldunai. I’m not actually sure if you can reach exalted without the aid of World Quests, to be honest. Although if you were incredibly determined to do things inefficiently, you might be able to earn enough rep via the Mission Table before actually hitting 120. It would be much slower than just consistently grinding World Quests for the furry little vagabonds.

JAMES EVARTS ASKS ABOUT BEING RESTRICTED:

when will the 1 DH PER SERVER be removed?

We don’t know for sure, but Blizzard removed a similar limitation on Death Knights in patch 5.3, well after their introduction in ~3.0. Also notable, the requirement to have a character at level 55 or higher to make one was removed in 6.1. And even though we have no reason to assume Blizzard plans to follow a similar schedule with Demon Hunters, the equivalent would still not be until 9.3 (which is probably another couple of years away.

That said, you can transfer a Demon Hunter from one server to another server where you’ve already created a Demon Hunter. The limitation is on the creation of Demon Hunters. I also think you can technically have more than one per realm if you create DHs on merged realms. It’s a bit convoluted, but /shrug.

KALCHEUS HAS A QUESTION ON LETTERS:

For those on the 8.3 PTR: do you still get your welcome letter from Sylvanas when you create a new Horde Allied Race toon?

I tested this, and you get it for the pre-existing Allied Races (like Nightborne), but you do not get it for the Vulpera. That said, the Vulpera had no quest directing me anywhere whatsoever, so it’s probably not finalized. In all likelihood, it’ll direct you to the remaining Horde leaders (i.e., not Sylvanas) or something.

That’s all for today! Rossi’s up next, and he’s officially going to BlizzCon this year! Ask him stuff.