We don’t have a lot of time, so I want to cut to the chase: despite what Overwatch the game would have you think, Overwatch the franchise has a story to tell. If rumors of Overwatch 2 are to be believed that story is going to become important very soon, and the most important element to start with is a scientist with a plan.

The story of Overwatch the franchise told over the last 3+ years has its foundation set firmly within the story of Winston’s Recall. Whether it’s the people Winston wants to bring back to the Overwatch organization to save the world or the rising threats that Overwatch is needed to stop, the Recall is the thread that holds them all together. After the last three years of all of that table-setting, now is the time for that story to move forward. But why here and why now? The main reason is because for the vast majority of the cast, all of the bases of who and why have been tied together. Now we know the situation, so now we’re ready to go forward.

When I was studying creative writing in college, a complaint I often heard during workshops was that some stories wasted a lot of time on exposition before the plot really started up. The prescription to remedy that was simple: ask yourself “what change causes this story to start now?” Writer and educator John Gardner suggested that the disruption of the common order — like a stranger coming to town or a person going on a journey — served well as that change, and that’s where you should start from the very first line. 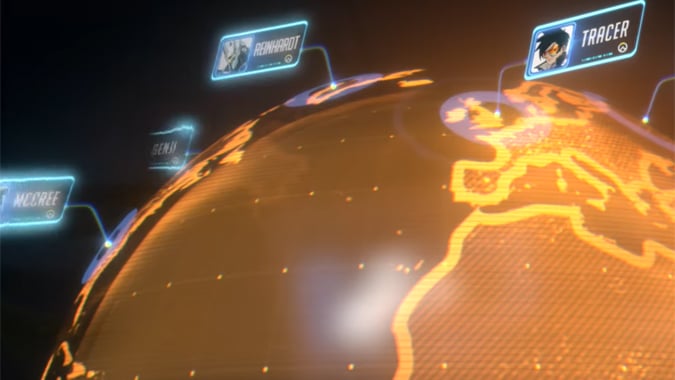 Begin a story from the beginning

To a great extent, that’s why the Recall short is the real beginning of the story of Overwatch. The short features both a stranger coming to town — Reaper — and a person going on a journey — Winston, on his journey to reform Overwatch. It’s the perfect place to start the story, since it catalyzes everything that comes after. Going through each of the cinematics in order you can see how that thread expresses itself, and provides a link through all of the exposition of where everyone is in this world.

We’ve gone almost a year since that last cinematic, which was released at BlizzCon 2019. In that time, we’ve received two short stories — Bastet and What You Left Behind — which did similar work to situate characters and places in the world. Ana & Jack worked together to take down Hakim, and Baptiste abandoned Talon. After the events of Baptiste’s story, there’s a new urgency about Winston’s Recall — it established that Talon knows about it, and Overwatch agents are at risk. Baptiste goes to help by informing Mercy, and he calls in some aid from Sombra to do it.

The story of Overwatch is slowly coalescing around the Recall. All of the pieces are in place to let us know where the whole cast is as the Recall is issued, so that we can move forward. Yes, this is without getting into the comics that have similarly situated heroes in various places or the origin stories of all the expansion heroes added since the game’s launch mostly because, y’know, we’ll be here all day if I go into all of that.

At the end of the day, this has all been setting the stage for Winston to finally say, “I’ve got my team, and it’s time we started doing something about all of these problems rising up in the world.” That’s a very key place for us to be going into Overwatch 2 — whatever form the rumored upcoming sequel takes.

Where do we go from Winston’s Recall? I imagine with BlizzCon bearing down on us, we’re about to find out.