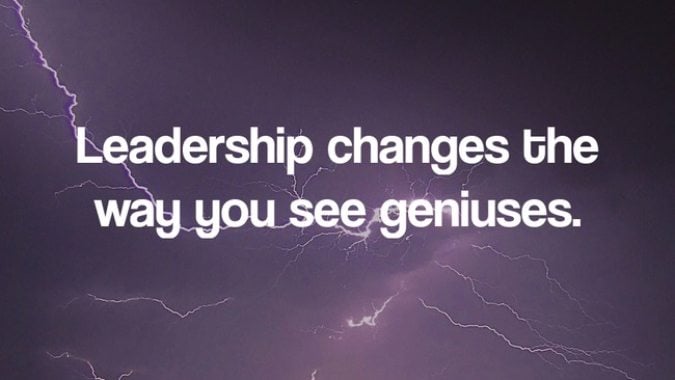 No need to adjust your eye holes, dear readers — you really are reading a Tuesday Mitch Queue right now. Why? Because my flight leaves tomorrow morning, and, on top of general exhaustion from that, I didn’t think it would be very smart to write The Queue after an hours-long brewery tour. Sure, it might have been amusing — but it would not have actually been a good idea.

So, with that out of the way and BlizzCon very, very close… let’s Queue.

MOVEWOW WANTS TO SOLVE A MYSTERY:

Q4tQ: If one of the unknown panels at Blizzcon has to do with something about WoW Classic, what do you think it would be?

While I don’t really think the mystery panel is related to WoW Classic, there aren’t a whole lot of Classic-related things that Blizz would want to keep hidden, which leaves a Classic mystery panel with only a few options. The first is “WoW Classic+” panel, which would be the reveal and first look at content coming to Classic that wasn’t in the original vanilla experience. For example, exploring Twilight Highlands as they were before Cataclysm, or experiencing instances like Emerald Dream that almost made it to vanilla but never quite did.

The other option I can think of isn’t necessarily exclusive to Classic, but it could be a Creative Mode for both versions of the game. Something that lets you take any and all assets from the game and make whatever the heck you want with ’em. Design a map. Recreate your favorite scene from a game. Challenge others, Mario Maker style. Actually, the more I’m talking about this, the more I really want it. Time to move on to the next question before I get my hopes up.

Q4TQ: Do we expect a new awesome yet slightly overpriced WoW figure this year? Are they usually revealed around Blizzcon or for the holidays? I forget.

Apparently the Jaina statue was revealed/announced last BlizzCon but not made available for pre-order until March of this year. That said, the year before, Blizzard unveiled their Sylvanas statue and put it up for sale in very quick succession. So while I absolutely expect a statue (Bolvar maybe?), I don’t know for sure when it will actually go on sale. Hopefully sooner than later, since the wait for the Jaina statues felt pretty long.

BEDEFIANT IS WARY OF THE INTENTIONS OF PLAYERS:

Q4TQ: This Corrupted gear system that is coming. Isn’t it like… rife for trolling other players? What if someone just maxes out their Corruption on their gear and then proceeds to lol while hitting the dungeon queue or LFR. I guess theres always the kick option but… don’t you think this is inevitable?

There’s definitely potential for trolling, but I don’t think Blizzard should design around trolling so much so that they skip an entire mechanic like this. It sounds fun and unique, and even if not everyone loves the idea of it, it’s still something new to play around with in ways we haven’t really had before. It would be a shame if Blizzard had scrapped it altogether out of fear of trolling. Plus, the game has a lot of trolling potential already in the form of Swap Blasters and such. Sure, someone might abuse the system, but that person will likely only do so once before getting the boot.

KALCHEUS GIVES ME CONTROL OF TOYS:

Q4tQ: Blizzard lets you choose any of their lore characters with which to make all the toys (Funko Pop!s) and accessories (statues! coasters!) for. Which character do you choose?

I’m gonna cheat slightly and say the Old Gods. Not one in particular, but just a line of Old God related toys. I know, coming from me, this is a huge shock, right? But there’s a lot of potential to cover fun, cute, spooky, terrifying, and cool with the Old Gods, and I’d have a lot of fun reimagining them in various mediums.

HUSSKIES IS BACK FOR ROUND 2:

Q4TQ: I know the OW Switch release was a bit.. shaky, but if if OW2 was to released simultaneously on both PC and Switch, which version would you pick up?

PC. And that has nothing to do with performance, either. I simply prefer shooters on the PC. I have Overwatch on PC, PS4, and Switch right now, and while it’s especially fun seeing it in 60 FPS on a giant TV every now and then, I ultimately prefer the amount of control I get with a mouse and keyboard. Then again, if OW2 is purely PVE, I might be more amenable to a Switch version (provided it runs well) just because that puts less pressure on the perfect shot. Still, PC is my go-to choice.

Q4tQ: Since I’m almost 80, I feel compelled to ask: what’s better to level in, Cata or MoP? Looking for more of a speed/efficiency perspective, I know MoP is vastly superior lorewise.

It’s been a while, but I’d say MOP. Especially if you have flying, you have a lot less travel time between zones if you run out of quests, and it’ll be really easy to hit up the quest-laden hubs as needed, whereas Cataclysm zones tend to have a bit of an intro before you can get to the questing, and even then, unlocking some of the other hubs is gated.

Wanted to check a comment at the start of this queue and Disqus crashed my browser before I could scroll all the way down.
How the writers can scan for any questions that aren’t in the top 5 layers of comments is beyond me.

It’s infinitely more difficult to browse for comments on my laptop than it is to do so on my desktop. And even then, after a certain threshold, Disqus just likes to misbehave. There’s not much I can do about it, but The Queue’s comment section isn’t the norm as far as number of comments is concerned. All the same, I sympathize.

Ok so quick question: Is there something I’m missing regarding the Unleashed Arcanospawn and its Proximal Chaos attack?

Is there any way at all to see it coming and avoid it? Or does the game just get to decide to kill you whenever it feels like by dropping an instantly-appearing attack that also dazes you?

Because if not, how on earth did this thing make it live?

So I haven’t done this one yet (to the best of my knowledge), but the Wowhead comments all bemoan it the same way you are. Which tells me that it’s a widespread issue and honestly just a not-so-fun “encounter” design. Sorry!

That’s all for me today! Remember to be nice to your Blizzard Watch staff. It’s a very busy and hectic week.