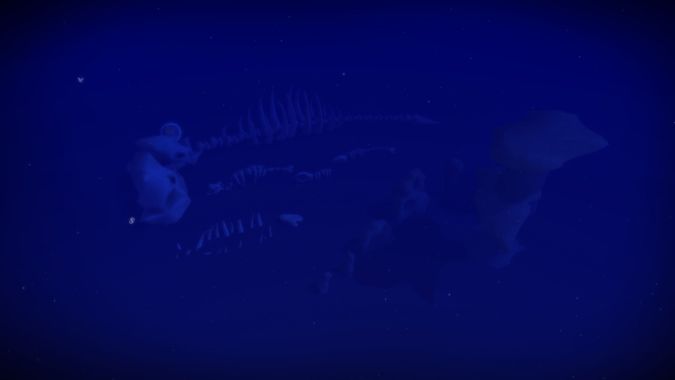 It’s Thursday, y’all, and today’s Queue’s a good one. So let’s just go ahead and… dive right in.

Thank you for the answer Liz. Kind of.
Q4TQ: Would you rather fight 50 Liz-sized Rossi’s of one Rossi-sized Liz?

I’ll take the 50 Liz-sized Rossis. Why? Bragging rights. Even if I get my butt kicked, I can say I took on Rossi 50-to-1 and made it out alive. Plus, I’m picturing it a lot like Smash Bros. where they run at me three of four at a time and I do something minor that sends them flying. And frankly, that’s a hilarious mental image and too good to pass up.

RED (AND WHITE STRIPES) ISN’T RED AND GREEN FOR THE HOLIDAYS:

And here’s a Q4TQ to go with the poll, because I’m interested in hearing what people have to say about htis subject.

Q4TQ: For an MMO, what would your perfect balance between “convenience” and “immersion/RPG” be?

For me, I’d prefer if they could find a way to have equal amounts of both. I love a lot of the convenience that Retail WoW has, such as LFG/LFR, easier access to mounts, etc. But I feel like they’ve gone too overboard on some other stuff. Maybe there are too many portals. Maybe the game was richer for having you need to go talk to your class trainer to learn new skills.

I feel like there’s a sweet spot where an MMO would have more convenience than Classic WoW, but more RPG/immersion than Retail WoW.

I’m always torn on this, because I love playing both modern and Classic WoW but there very little of either I’d want in the other. I like them both for what they are. That said, I think my ideal take on modern WoW would be something similar to what it is now, but with class and ability mechanics closer to Classic’s. I’d said it before, but I hate the amount of CC, self-healing, and mobility that seemingly every class has nowadays. That’s more on the PVP side of things, but still. I prefer that over modern WoW so much.

In terms of the talent system, I do think that the current one makes talent choices feel more meaningful, but I also think it takes away some of the consistent feeling of reward for leveling as well as the fun of mixing builds. Why not combine both? Give us something like our Artifact weapons where we dump “major” talents into while keeping a level-by-level talent tree like we have in Classic. (This would also bring us away from Azerite Armor and back to something Artifact-y.)

All in all, I’m happy we have Classic to give me a wholly different experience from modern. But if I had to combine them, I’d absolutely scale back a lot of the conveniences in favor of immersion.

With how often HOTS is releasing new heroes, I’d say it’ll be quite a bit of time. HOTS doesn’t tend to release heroes that are relevant to the current game for the sake of matching up. And given Azshara’s still relevant in WoW, I think it might be a while. I know that’s anecdotal and maybe not actually an argument that holds water, though, so how about this?

HOTS usually builds heroes based on their in-game abilities and appearances. We’ve had Azshara’s appearance available for a while now, but her ability pool is new enough that it’s unlikely the HOTS team had enough of a solid idea on how she’d function in WoW to build her for a release that’s any time soon.

SCUNOSI HAS ANOTHER HOT(S) QUESTION AND I HAVE ANOTHER COLD ANSWER:

I’ll repost this question I asked real late last night to the floor to get everyone’s thoughts:
With Deathwing finally in HotS, that leaves one of the most-requested Heroes finally taken care of and only 7 empty slots left on the current Hero screen. With how Blizz is treating HotS these days (still updating but very slow on new heroes) do you expect they’ll fill out those slots? Surpass them and prove they were only ever just arbitrary placeholders? Or never finish them at all by the time the game finally officially sunsets, whenever that may be?
And if you think they’ll fill them out, who gets the honor of filling out those last 7 slots?

I don’t think the number of slots really means anything. It could have at some point, but with how much has shifted in the game’s development over the past year, there’s very little chance (in my mind) that the seven slots represent anything in particular. There’s every chance the next update shifts around the character-select screen and those seven slots disappear. Now, if that happens and we’re suddenly left with one or two slots? Those might mean something. Might.

Regardless, I don’t think the seven remaining slots are a sign of anything. That said, I’d love to see a core-replacement hero like C’Thun or Yogg or something. Also — and I know it’s not a hero but whatever — give me a Sha skin for Ragnaros. Seriously, I’ve wanted this for so long. Just make it happen.

Q4tQ: Do you think of your WoW toons as an RPG-style party, traveling together and complementing each other in battle, or are they each off on their own adventure?

Given I don’t play much outside of my Priest, I’d lean toward the latter. But frankly, whenever I do imagine my characters together, it’s not in the “we crossed paths in our journeys” sort of way, it’s more a “the 12th Doctor meets the 10th Doctor” situation where something’s up with reality* causing them to exist at the same time.

*I know it’s a timey-wimey thing in Doctor Who, but you get the idea.

CAPTAIN CAKEWALK THE YULEHOOT ASKS WHAT MAY BE MY FAVORITE QUESTION EVER:

Q4tQ: Is there anything in WoW that scares you but nobody else that you know? For me it’s the darn Whale Shark. I think it’s because of where it is and it’s sheer size but I really find it unpleasant as it fills me with that feeling of flight that I often get when in bad situations. Very weird and also likely to do with the fact that they are in water so deep I start to freak out a bit.

South of the Abyssal Depths in Vashj’ir, way off into the fatigue zone, there’s a couple sets of giant bones and a large, glowing pearl nearby. This isn’t a secret, mind you — plenty of people have noticed it and commented on its existence. It’s odd, and one of those things that reminds you there’s a lot out there in WoW’s oceans that we don’t know about, waiting to swallow us whole.

That’s not what terrifies me, though.

The first time I saw this particular location off in the distance, I did what everyone does and swam toward it. I wasn’t trying to be particularly smart about it, so I just swam, expecting I’d make it and maybe have a bit of time to explore before fatigue killed me. As I got closer, I realized I wouldn’t make it. I kept going, though — I mean, why not? — to see how close I could get. When I got near the end of my fatigue bar, I was still several hundred yards out from it, but I noticed that the sound in my headphones started to change. I didn’t hear the normal sound of a character swimming through water. It was as if the game’s sound had been muted and replaced with a soft, wind-like whistling. It only lasted about a second or two before I died, though, and then everything went back to normal.

Obviously, my curiosity was piqued now. So, I tried again, this time with a more concerted effort to make it close to the bones and pearl. Once again, when I got close, the sound started changing — but not in the same way. It would go from normal swimming to the Vashj’ir music to the windy sound at random, with some other unintelligible sounds mixed it. The weird part this time was that I noticed the glitching got more intense when my camera was aimed at the large pearl among the bones. As soon as I realized this, I died once again.

At this point, I thought maybe it was an addon or something programmed to screw with players if they got close to this spot, so I disabled everything and tried one more time. This time, I bought swim-speed potions and prepped as much as possible to get closer to the pearl. The sound glitches repeated once again, this time a little louder — and I swear I heard whispering in the background. I kept swimming and swimming, and the closer I got to the pearl, the louder the whispers got. I eventually made it right next to the pearl with just a few seconds left on fatigue. By this point, the whispering had reached a fever pitch in my headset, so I tried turning my camera away. It didn’t matter. Then, a split second before I hit the fatigue limit, everything went silent. Like, completely, utterly silent. Then, death.

I’ve looked it up and no one’s experienced anything even remotely similar to this. I’ve even tried going back to record it, but nothing seems to happen anymore. It was the single most chilling experience I’ve had in WoW, and I have no explanation for it.