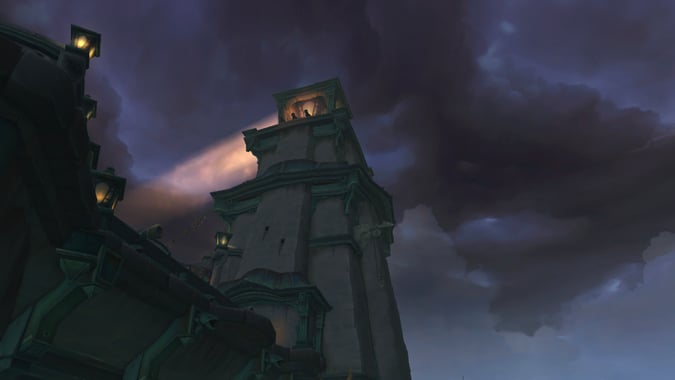 Because it’s terrible, that’s why. That’s all five reasons.

Okay, I do have actual reasons — allow me to elaborate. I thought it would be cool to run a piece on people’s favorite and least favorite Battle for Azeroth dungeons, so I started an informal poll among guildies and friends. Their favorite dungeons differed a lot, which I think means Blizzard succeeded in its effort to make a diverse set of cool 5-mans. While Waycrest Manor probably emerged as the top overall pick, most of the dungeons got approving nods for their aesthetics, integration into the storyline, and interesting mechanics. 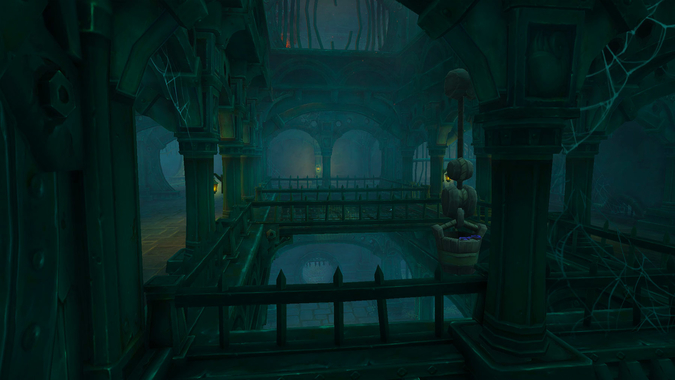 However, the most consistent feedback I got for people’s least-favorite dungeon was a violent, seething hatred for Tol Dagor (at least in M+). Phrases like “Worst dungeon ever,” “Got my +15 and got the hell out,” and “The kind of dungeon Hitler would design” were bandied about. I have edited further commentary in the interests of keeping this column rated PG.

As a tank, I have long nurtured a prissy sense of superiority with respect to World of Warcraft dungeons that everyone hates. Shadow Lab? “Well, you just have to know how to pull it.” Halls of Reflection? “Don’t use the alcoves — they’re a trap.” Stonecore? “Interrupt the Earthshaper and pull Ozruk trash back.” So as much as it pains me to admit it … I hate Tol Dagor too.

I love the idea behind it — you’re basically fighting your way through a prison riot to a corrupt warden — but it’s easily down there as my least-favorite M+ dungeon of the expansion. So what is it that makes TD so despised? 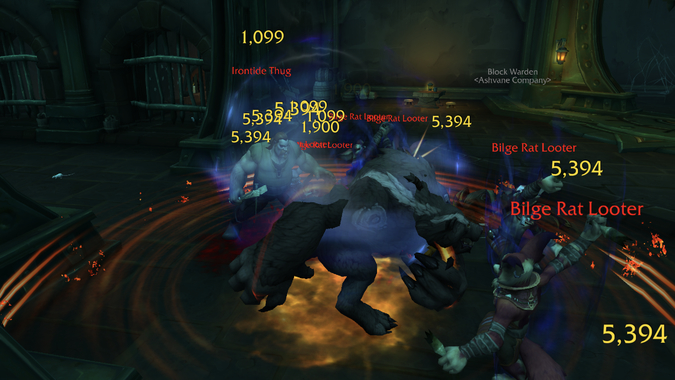 The dungeon has an extreme sensitivity to affixes

This came up a lot. Too many affixes make TD dramatically harder. For instance:

I’m not sure how we managed to pull the last boss while fighting Jes Howlis, but apparently we’re not the only ones. Stuff pulls through the walls and floors with terrifying regularity, and for some reason the Officers’ Quarters — the floor on which you transition from the indoor portion of the prison to the ramparts — is really bad for this. 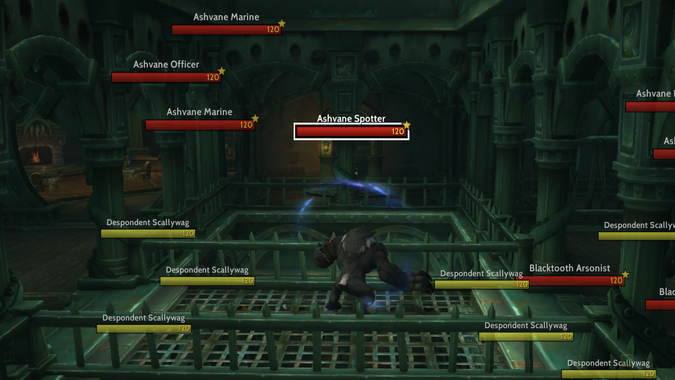 Camera and Z-axis issues plague almost all of it

Most of the dungeon takes place in a narrow set of halls and stairs, with the central portion being an open well bridged by a catwalk. If you’re keeping nameplates visible — and you almost certainly are if you’re running M+ — significant portions of TD are lit up by tons of mobs that aren’t actually anywhere near you. (But don’t worry — even if they’re not near you, some random proc will still manage to pull them two floors up!) Wherever you are, you’re usually spinning your camera around to try to get a handle on what’s happening.

The seasonal difficulty whiplash has been painful

TD wasn’t a great key in Season One of Battle for Azeroth. Valyri and Korgus trash is clearly tuned around the use of the cannons, but because they didn’t scale, it wasn’t worth doing TD on higher Fortified keys. (Alternatively, you’d load up on early trash and then death-skip as much as possible past Jes.) In Season Two, the cannons scaled, and though it took some planning, you could annihilate huge trash and Reaping packs if your group was coordinated. In Season Three, the cannons still scale but only get five shots each, and Tidal and Enchanted Emissaries are reliably present in the packs. A guild group on voice can jerry-rig a solution, but it’s otherwise so time consuming that pugging TD is an exercise in endless frustration.

Group composition has a too-high impact on success

Under ideal circumstances, you have a Rogue who can pick locks for you, provide Shroud, already knows which mobs have to be Sapped so you can squeeze by, opens cell doors without having to be baby-sat, is a good shot with the cannons, and has the sense to Tricks the tank before doing it. Under less-than-ideal circumstances, you have a Rogue who has, uh, heard the siren call of the glue bottle too often. Even worse circumstances are when you have no Rogue at all, no other way to pick locks, and have to go the long way through the dungeon. Because I have clearly done something to offend the dungeon gods, options #2 and #3 have happened to me regularly this expansion.

So the end result is that TD is — we are all agreed — just awful. We suggest burning it to the ground, collecting the ashes in a container suitable for missile launch, and firing the remains directly into the sun. In its place, the Waycrest family should be encouraged to build another mansion.