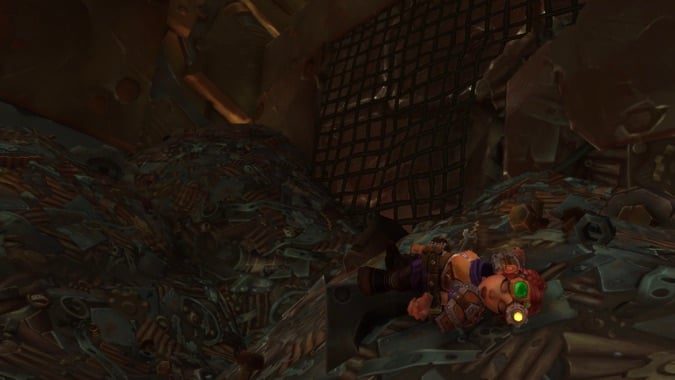 So I had almost enough questions, and then I asked for questions and suddenly had what is probably too many questions, but I felt bad for asking for them if I didn’t use them so… yeah, I tried to answer a lot of questions.

QftQ: When 8.3 goes live does that mean we’ll finally be able to do Operation Mechagon in LFR?

Yes! It will be split into two wings with a Heroic difficulty, so it should be easier for everyone to tackle.

Does the Alliance have a portal to Mechagon Island somewhere like the Horde does?

I don’t think we actually know.

It was probably built to protect Stromgarde from the Amani Empire.

Yep. That’s it. That’s all you get for asking me these questions.

Q4TQ: do you think that Blizzard opening up DKs for more races in 8.3, and adding a brand new (albeit small) introduction for them sets a precedent, so that they might eventually open up Demon Hunters for more races, with a new origin story as well?

It seems like a longer leap to jump beyond the Elf background that all Demon Hunters have. There are Void Elves, but then you’d have two Alliance races and one Horde race, which presents its own problem.

But what does a hunk of plastic know about seeing the future? Anything could happen.

Are you planning on taking more than one class through the 8.3 content? It seems like it’s going to take some time to get through the Horrific Visions with any regularity, so I’m not sure if I’ll be up for doing it with more than my main and maybe one alt.

I have only taken one character through all of Battle for Azeroth. I don’t have the time and patience to do all of the Heart of Azeroth grinding and Essence grinding and everything else grinding to really play another class. I have Paladin and a Shaman in the low 110s and that’s been the limit of my enthusiasm so far.

I don’t think that’s likely to change. Because ugh, grinding.

Still trying to figure that out.

Q4tQ: Have you finished everything you wanted to get done before patch 8.3 arrival, or will you be scrambling to complete stuff this weekend?

I mean. I’ve killed him, but I killed him before I got to that point in the quest and I’ve never felt the need to go back because it’s a long, annoying dungeon. So, uh, I guess I ought to do that.

QftQ: What’s the first thing you’re gonna do when 8.3 hits?

I mean, if I unlock it. Which really depends on my laziness levels this weekend.

Q4tQ: In general, who is your favorite composer for WoW music?

Derek Duke did the Dragonblight music so… that’s gotta be my answer.

But he also did the Gnomeregan and Tinkertown music, which I only discovered when I looked up his name and makes me even more convinced that I’m making the right choice.

What triggers the most nostalgia for you in the game?

For some reason, it’s the opening quests in Hellfire Peninsula. I can’t quite explain why, but that takes me back in time more than anything else.

So was that enough questions? Was it too many questions? Only time will judge my fate.