The Queue is not playing Warcraft today 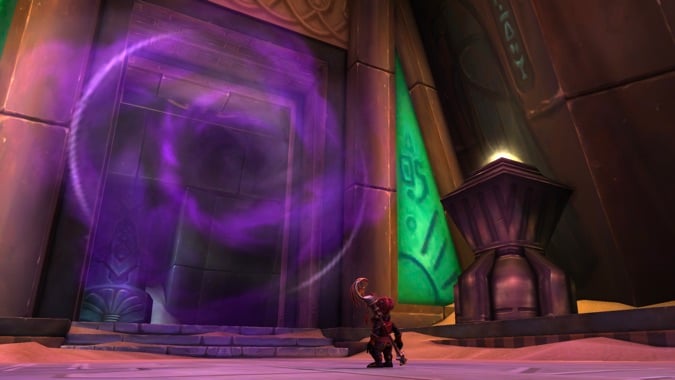 So I was really looking forward to hitting up Ny’alotha, but a Mac bug in patch 8.3 means my client crashes pretty regularly while doing any group content. I went into Ny’alotha for 45 minutes on Tuesday and had one kernel panic and four client crashes. So, yeah, we aren’t playing Warcraft today. And maybe not tomorrow. Or the next day. Who knows!

Okay, let me stop feeling sorry for myself and we’ll get into answering some questions.

Q4tLiz: At the end of the Azshara fight, she gets swept away by a giant tentacle but the look on her face says “oh no!”. I’ve read that Azshara wanted to kill N’Zoth, or at least get him killed (she get us to free him then we kill him for her). I feel like I missed a cut scene somewhere. Did the game ever explain definitively that she wanted him dead? Did it say why?

I think the setup here is in the Azshara Warbringers, and in Azshara’s history in general.

N’Zoth was only ever a means to an end, because Azshara was never going to truly bow to any ruler. Now the Old God has had her under his thumb for ages and she can’t be happy about it.

It’s never explicitly stated and I don’t think you missed anything — it’s in Azshara’s character more than it’s in the story itself.

Q4Liz: is this you? Do you usually say “work is my middle last name!” to people? Also, do you own a really big cat? 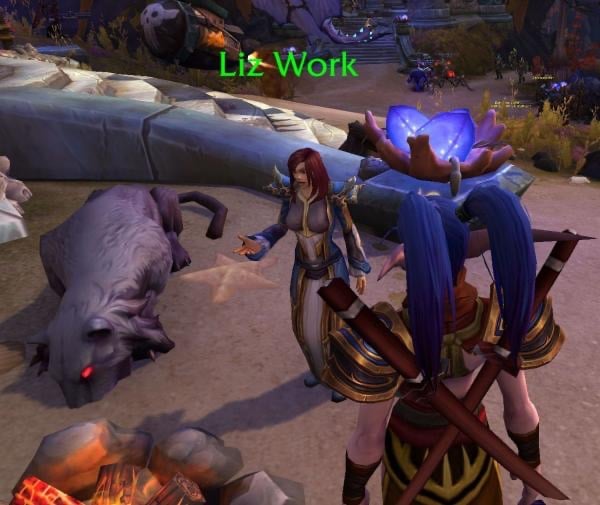 Definitely not me. The hair is all wrong. And I’m not a cat person at all. It’s like you don’t even know me, Red.

Q4tQ: Why don’t we have joint-Queues (with 2 BW writers answering together) anymore?

Take the Queues Mitch and I used to write together as an example. On Thursday, I was out of the house from about 4pm to 9pm doing some family stuff, and when I got home I immediately turned on Critical Role. So I’m getting around to writing this well after midnight. Mitch isn’t online, and as I’m not a morning person I don’t have a clue as to whether I would find him in the morning to answer questions. The end result in this situation, I think, is that you’d  wind up with a one-person Queue even if Mitch and I had planned to write it together.

Q4tQ Do you deliberately work on all the events up each day in the Ny’alotha zones, or do you only do the ones you stumble upon?

Does anyone have the time to deliberately go through all of that??

Okay, okay. I assume someone does, and that someone has their new 8.3 reputations at max already. But I still don’t see how people have that kind of time.

Q4Q: After several fun expansions of dungeon runs, does the new Hearthstone adventure feel like a huge step backwards?

I think this style of single-player mode has advantages.

It has more storytelling potential because you’re on a fixed path rather than running through a selection of random bosses. It’s less punishing, because you have pre-constructed decks that are all pretty good, so you don’t have to worry about building decks (mostly) or drafting the right cards. And the punishment for losing isn’t nearly as harsh: if you lose, you just try the fight again, no harm done.

Dungeon runs can be RNG timesucks, and that’s frustrating. But they also have a lot of advantages, namely the endless variety that comes from that RNG. They’re very replayable, and even with lousy RNG I’ve always enjoyed going through and building new decks.

This new adventure doesn’t feel worth replaying. I’ve beaten every fight precisely once and just don’t feel the need to revisit any of them. The challenge level is lower and the gameplay is much more straightforward.

And despite the advantages, that does feel like a step backwards on fun. I’m definitely going to miss the dungeon run format.

Do you think in this patch that there’s an hidden content which Blizzard means to stagger its release? As much as I’m enjoying the new content, I can’t see doing these dailies and running Visions for the next 6-8 months.

I can’t see myself doing these dailies and running Visions for the next 6-8 months either, but that doesn’t mean that isn’t the plan. I think that if there were more content in 8.3, we would know about it already. While there’s certain to be something pre-expansion, I think we’re going to be stuck with current content for a long time.

And 8.3 has a ton of content, so that certainly works. I just don’t think it works for six months… and I think it could well be six months.