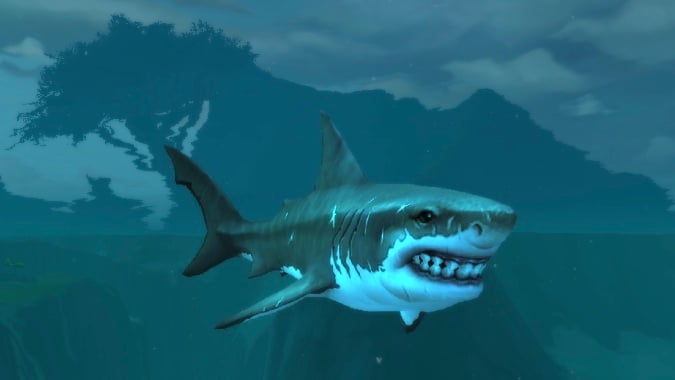 It is morning, and I’ve already heard this song roughly seven thousand times. I am not, however, allowed to sing along with it, because my four year old is a harsher critic than any voice teacher I’ve ever had.

This is the Queue, where you ask us questions and we try to answer before the next earworm hits.

Why hasn’t Magni and his crew set up a flight path near their base of operations?!

As a dwarf king made of diamond, there’s really only one answer that makes any sense. We know he has the power and cash to get it done in Ironforge’s coffers alone, before the whole “one with the planet” thing. Now that he’s made of diamond he could clip his toenails or lose an eyebrow hair and have the scratch to stock Dungar Longdrink’s grandchildrens’ 401K. No, there’s only one conclusion.

Magni is afraid of heights.

Q4TQ: As a gentleman currently working on building a serious relationship (that will likely lead to marriage and kids) how do you balance how much time you spend on gaming and being attentive to your partner? Some background: since moving into my apartment I am now in a position to be able to game while having my partner over and I’m trying to find the appropriate balance. I do raid heroic AoTC and my guildmates are very understanding and have families as well so they are understanding about putting IRL first. It’s truly one of my insecurities moving forward of how much time I should be spending gaming and how much doing everything else. Any and all tips are appreciated.

This varies pretty wildly, but the core piece of advice I have is pretty much just maintaining open and honest communication with your partner. That goes for any aspect of any relationship, really. Like me, my husband is both a gamer and an introvert, so we’re not really dealing with the push-pull of him wanting to go clubbing while I want to raid that can happen in some relationships. Some partners want to spend every waking moment together, and some are all about their personal space. Neither is wrong, per se, and there is some meeting in the middle, but you have to find where that middle is for you, and communicating your needs there is crucial.

There are a few things you can do to preemptively curb the habit. One that worked really well for me for WoW was setting time limits, which in retrospect is just… kind of a good idea in general? While saying to yourself, “okay, you only have a half an hour to do any dailies you feel like you need to finish today” sounds overly restrictive, I’ve found that it helps me prioritize — should I work toward Flying with the Rustbolt, or should I do all the quests for the Voldunai to unlock Vulpera more quickly? If I didn’t restrict that time the answer would be “yes” and I’d end the day staggering out of Tanaan Jungle screaming about catpeople claws.

You may end up changing your gaming habits overall. Mine changed a lot more with kids than with my husband, because “hey, can I have 10 mins to beat this boss and then we’ll do the thing” means nothing to a toddler. Literally. They don’t have the best command on language. Games with pause functions are now much more common for me to play than MMOs. I also have a tough time with games that take up mental bandwidth. Not weighty narrative like What Remains of Edith Finch (I’m STILL messed up), but games that have a lengthy to-do list like Stardew Valley or Graveyard Keeper aren’t as fun when I also have a billion undone to-dos IRL. Ironically, now that our daughter is a bit older those games are perfect for her. You win some, you lose some, I guess.

I could write a freaking book on this, and we’ll talk about it during the WoW Wednesday stream this week too, but in general, communicate and expect your partner to reciprocate that.

Q4tQ: who will be farming the Love Rocket?

Hell naw. Didn’t you read the previous response? I’ve got other stuff to do, like getting all the flower crowns and visiting my Garrison to get herbs to sell.

When does Lunar Festival end? Friday?

Q4tQ: It’s weird that the Black Empire has banners, right? I mean, someone is sewing them.

It’s even more weird that they have uniforms. N’Zoth’s whole shtick is chaos, but apparently he really cares that his underlings look professional and presentable. I’m picturing him as the store manager getting super annoyed that one of his employees forgot to cover her eyebrow piercing with one of those tiny band-aids before clocking in. Honestly, Bethany, why do you think people come to Tentacle Superstore? Look the part.

His mystique as a swirling void of entropy and insanity is slightly wrecked for me now.

I suppose you could just put in an order for a whole lot of lovely purple dresses and DIY the runes of gibbering insanity or whatever later.