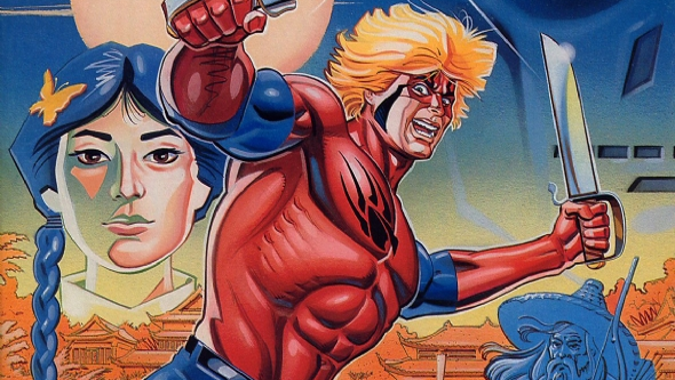 This is the Queue. Let’s talk stuff.

I have a question for Rossi, since I know he loves writing and also comics:

Often a comic will get an unsatisfying ending if it’s about to be cancelled.

Sometimes, though, but rarely, it’ll get an epic ending.

So my question to you, Mr. Rossi, is… if you had the opportunity to write an epic conclusion to ANY comic book (doesn’t necessarily have to be a cape book) which one and what would you do with the featured character(s)?

When I was growing up back in the 1980’s (yes, I’m that old) I was really into a writer named Mike Baron. Mike did a lot of things. One of them was to reinvent the Flash, and if you like the Flash TV series, a lot of what Grant Gustin’s Barry Allen does is actually taken from Baron’s run on the book, albeit with Wally West as the Flash back then. Because Barry died in the Crisis. Anyway, one of his creator owned books was called Badger, and it was the story of Norbert Sykes, a war veteran who was less than sane as a result of his upbringing and experiences.

Now, I certainly don’t think I could do Badger as well as Mike Baron could. But if I had his blessing, I would absolutely love to write a year long Badger series with a clear beginning and end that gave Norbert a send off. I loved that book and that character, and as much as looking back I see a ton of problematic aspects to it, I think there’s still meat in the idea of someone who suffers and breaks, but who wants to be a hero despite it.

Q4tQ: How do you personally decide if a piece of gear is an upgrade for your character? Are you the kind of player that runs sims for each piece? Do you have a general knowledge of stat priority and base it off of that? Or do you just go with ilevel as the single determining factor?

Almost invariably, an ilevel increase is an upgrade for me unless the itemization is just astonishingly terrible. And even then, a big enough jump is usually still an upgrade. If I’m going from 400 to 445? Yeah, it’s an upgrade even if it has Versatility on it.

If I’m choosing between two similar ilevel items, I’ll look at stats. Is it Crit/Haste? It’s better for me than Haste/Vers. Azerite powers might fall into this debate, but often I just assume the powers will end up a wash because I simply lack the patience to really get deep into the Azerite system. Usually the powers are pretty comparable — I’ll occasionally look at sims to see which Azerite powers are best, but by this point I know the ones I want.

That’s pretty much it. Corruption is a system I haven’t had much truck with yet. I’ll get deeper into it once my cloak is a high enough level to survive it.

Q4tQ: Do you ever play a character just because you love their transmog?

No, but I often play a character so I can improve their transmog.

Q4tQ: what is a good flying mount that doesn’t look ridiculously small for a Draenei?

Bonus for a blue motif!

Reins of the Azure Drake, from Alexstrasza’s Gift once you complete the Malygos raid encounter.

Are the abilities of shadow priests tied to the void and old gods? Would they all get weaker now that the old gods are dead?

Only one Old God is verifiable as dead, and that’s Y’Shaarj. None of the rest of them are.

That’s right, none of the rest of them. Not C’Thun, not Yogg and not N’Zoth, either.

N’Zoth ‘died’ in Ny’alotha, a place that didn’t actually exist in the first place. He was ‘killed’ by us using the Forge of Origination, a device he had already been corrupting and in many cases, he had already placed his mark on many across Azeroth, and there is datamined text indicating that N’Zoth’s mark continues to function after his supposed death.

N’Zoth’s ‘death’ is as fishy as it gets. And the fact is, both C’Thun and Yogg have displayed the capacity to affect others after their supposed deaths. C’Thun was speaking through Cho’gall in the Bastion of Twilight years after the Old God supposedly died in AQ.

Now, it’s possible that they’re all dead. But even if they are, death doesn’t seem to affect Old Gods the way it does other beings. Even Y’Shaarj was capable of poisoning and corrupting the world after his death. The Void still exists, strong as ever, so even if all the Old Gods on Azeroth are gone, the Old Gods themselves are far from expunged from existence, and the Void still endures, vast and terrible, far beyond our ability to comprehend it.

Your Shadow Priest will likely only get stronger.

Okay, that’s the Queue for tonight. See y’all next week.

Blizzard Watch is made possible by people like you.
Please consider supporting our Patreon!
Filed Under: Mike Baron Deserved His Own Cinematic Universe For Nexus
Advertisement