What’s your favorite kind of mini-game in World of Warcraft? 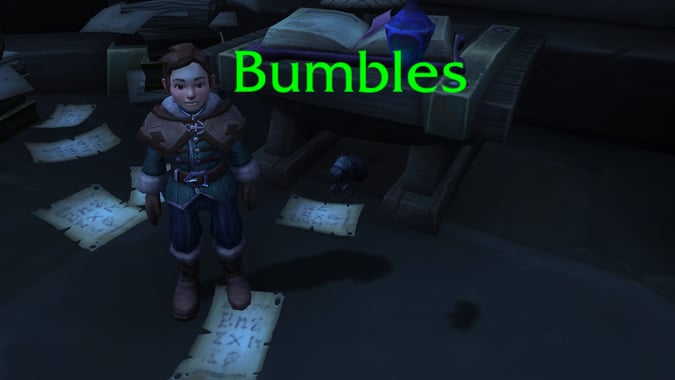 I’ve said before that I think pet battles are the purest and best kind of mini-game content in World of Warcraft, and I have a variety of reasons for that belief. For one thing, pet battles have weathered the game’s changes since their introduction with an absolute equanimity that I find exceedingly admirable — the system has worked and continued to work and has been well integrated. I still understand how to play them; I’ve never once been confused or thrown for a loop by them. And most importantly to me, I have never once felt even slightly strongarmed into playing — pet battles are and have always been completely optional, and the strongest case for their purely optional nature is the fact that I haven’t seriously played one in several years.

That’s right. I think pet battles are the best mini-game in WoW because I do not care, and do not at all feel forced to care, to participate in them in any way at all. Unlike Island Expeditions or Warfronts or PVP in any of its forms, I have never played a pet battle because it was a shortcut to something I wanted. They are and have always been a completely isolated capstone system that smoothly meshes with the game without being even remotely required, and I think that’s astonishing and beautiful in an age where we’ve seen mission tables, World Quests, and other systems come and go. My second favorite mini-game is transmog, and again, it’s because while I love transmog as dearly as any children I might someday have, I can completely ignore it and just wear whatever. There’s no power boost to transmog, no compulsion to keep up or not be able to play.

But that’s just me. What about you? What mini-games, what sub-systems to the game strike your fancy? What have you most enjoyed that isn’t part of the main gameplay? Auction House speculation? Drawing shapes for a Tortollan lady? Let us know.

Blizzard Watch is made possible by people like you.
Please consider supporting our Patreon!
Filed Under: Mini-games, Pet-battles, Transmog, Wow Pet Battles
Advertisement