The Queue: We meet again for the first time 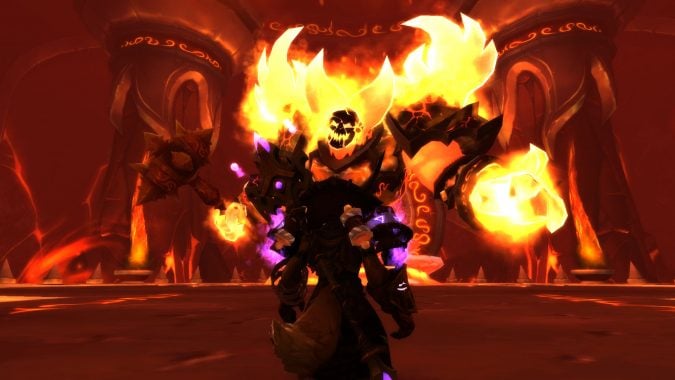 It’s Monday again! This keeps happening in spite of humanity’s best efforts to do away with Mondays entirely. I hope that you all had nice relaxing productive weekends. Mine was pretty great. We had another session of Rossi’s D&D Spectacular on Saturday which went pretty well, even if someone (who shall remain nameless and blameless) said a bad word on the stream.

After that, I took my tiny Vulpera Mage to a few different raids trying to fill up his Bag of Tricks. As far as I can tell they’re just cosmetic upgrades to the damage or healing it can do, but I still want to be a Fire Mage throwing firey things out of my bags.

I’d honestly forgotten about the other cosmetic appearances for Bag of Tricks until last night. They’re a neat little bit of flavor, but there’s only three of them and no breadcrumb to find them. If you’re interested in hunting for yourself Ragnaros drops a flame appearance, Cho’gall has void, and M’uru/Entropius will give your heal a more holy feel. But better hope you’re lucky, they might have a pretty low drop rate.

While you’re on your way to go find more trinkets for your Vulpera I think we have time for — The Queue.

COME RIDE WITH ME KALCHEUS THE FLUFFY

Q4tQ: Which of the six known Shadowlands zones do you expect to have the best music?

I’m hoping for a whole zone of arching organ music, and strings, and general Vampire-ness. Give me some dramatic stings on top of over the top dramatic swoops. We all know that Vampires live(unlive?) for high drama.

If not Revendreath, it’s gotta be the Maw. Usually, zones with raids in them get some amazing music. Maybe Maldraxxus will get some cool drum accompaniment since it seems the most warlike  — and who can go to war without drums?

HOW CAN WE WIN BRAELLYN
Q4tQ: If Overwatch made a deal with Marvel to make skins, which would you like to see? Some are obvious to me, like Winston as Hulk, Sigma as Magneto, Hanzo as Hawkeye…but what other fits do you see?

Love it. Your suggestions were great, Sigma is the perfect Magneto and who doesn’t want to see Winston all green and angry. A lot of them practically right themselves:

That’s just off the top of my head, I’m sure that we could come up with more examples if we really worked towards it.

DON’T WASTE YOUR TIME RECLUSIVECREATION OR TIME WILL WASTE YOU

Anyone else do this, or just me?

(By this, I mean run the gun powder literally everywhere just for the fun of it) 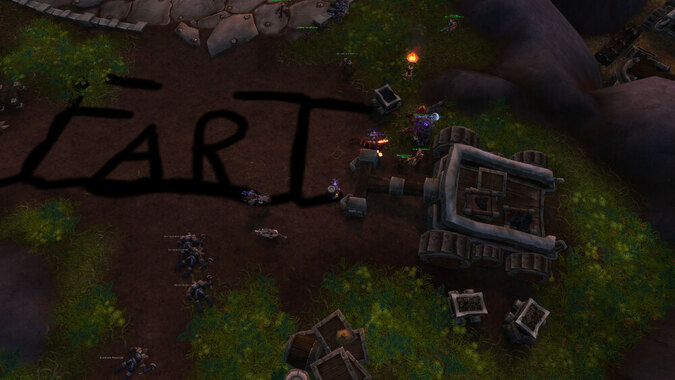 The gunpowder in the Warlords of Draenor opening scenario remains some of the silliest fun every time I go through it. But for some reason, they haven’t done anything else like it since. I just can’t put my finger on why.

NO ONES GOING TO TAKE ELAINE DE SHALOTT ALIVE

So is there some trick to not taking 10 years to kill anything as Vengeance?

Wherever possible pull lots of monsters at once, at least then even if you do take 10 years to kill something, you’re killing nine of its friends along with it. Spirit Bomb is for sure the talent you want for high damage. On top of that, you’ll want to try and find the damage corruptions like Twilight Devastation, Gushing Wound, Infinite Stars, or the tentacles that cast mind flay. If you can get a piece or two of Twilight Devastation then running Vision of Perfection as your main Azerite essence would probably be the way to go, if not you’ll want Concentrated Flame. It’s not the flashiest, but it is consistent damage.

Gearing your tanks for maximum damage is fun, I know that I’m always trying to be pushing as much damage as possible in all of my farm raid content. I’ll try and run up to 59 corruption and just push myself (and my healers) to the limits of how many Things from Beyond I can handle in any given fight. Except when we’re trying to get a new boss kill, then I’ll be good and keep it under 40 so I don’t take giant hits and overtax my healers.

SOEROAH AND I MUST FIGHT FOR OUR RIGHTS

How many weeks are we guessing until SL?

I’d say probably around ~28 weeks — that puts us around the beginning of November. I was assuming a September or early October release, but then all of the Covid-19 stuff started. Even though Blizzard has been an exemplary example of getting their work from home initiatives up and running for their employees, WFH still is going to be slower. There are numerous distractions that just aren’t present in the office — pets, children, an all-encompassing dread about the state of the world, and slow upload/download speeds on necessary files. So I’d assume a month delay is reasonable.

JONATHAN GANTZ MUST FIGHT TO SURVIVE

Is the token going down because the world first raiders are buying tons of gold to pay back the ungodly amount they borrowed?

It’s unlikely high-level raiders would buy their gold that way. Even though they went a quarter billion gold in debt, Complexity-Limit paid off its loans on April 1st. Just seven weeks after they killed Mythic N’zoth! Top guilds like that can sell Mythic raid carries, heroic carries, horrific visions, and keystones easily. It’s not worth it to them to buy 139 tokens worth of gold when they could sell a full clear of Mythic Ny’alotha for ~16.5 million gold or +15 keystones for 325,000 each. They could probably do two keys an hour if they had people lined up to buy the runs, more even if they get the faster dungeons!

I’m a little stumped on the current price drop, it could be players who are trying to buy their Caravan Brutosaurs with tokens. Although with the new low gold amount that’s an even more expensive proposition than it way before. If you are one of those people who are about to spend $850 in real money on the Long-boi, have you considered just sending it to me instead? I promise I’ll take good care of it.

The other option is that it could be quarantined players who are just looking for a little more spending money for their characters. Transmog can be expensive, and potions and flasks quickly add up over the course of a raid night. Twenty bucks to save yourself a few hours of picking herbs in Nazjatar doesn’t sound like too bad of a trade.

That’s all folks! I hope you all stay safe and have a great week! Don’t forget to leave lots of questions for Anna to answer!