The Queue: Have a Great Summer Vacation! 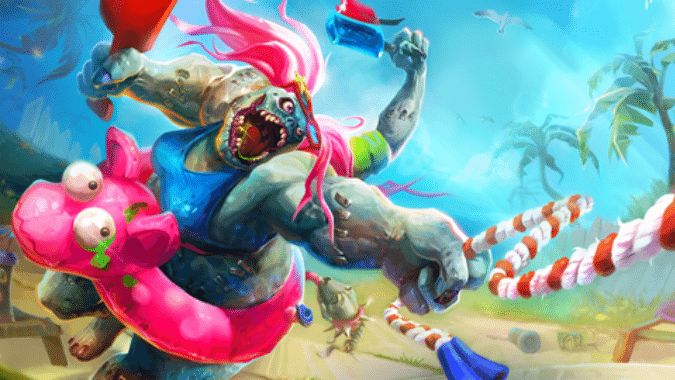 This week marks the end of the school year, apparently — we end our school year early and go back in the first couple weeks of August. As such, I’m not sure what to do this summer. No swimming lessons, no summer reading story hour at the library, no going to the childrens’ museum to see the dinosaur skeletons, and definitely no playing on slides at the park. It’s just gonna be us, Roblox, Disney Plus, and the kiddie pool out back.

I think the one that just feels like home, so maybe my all-around favorite, is the Pig and Whistle. Get your recipes, get some chill vibes, Pig and Whistle has it all.

I also love the Pandaria inns. One Keg may be my favorite, but they’re all so charming. Y’all know why.

Another QftQ: Would you make/try Goretusk Liver Pie? “The onions are peeled. The garlic is minced. The rosemary is crushed. The crust has been baked. The dill weed is chopped. The gravy is simmering. Now all I need for my famous meat pie are 8 Goretusk Livers!”

I am considering making it, myself.

Setting aside the fact that I’ve been a vegetarian for a super long time, I’ve never been one for a savory pie unless it’s a calzone. Casseroles are okay, especially if they’re noodle-based, and I’m cool with shepherds’ pies, but I’d rather save that flaky crust for peaches or lemon curd.

Furthermore, the combination of piney rosemary and anise-leaning dill is a jarring, odd one if there are no additional herbs like parsley or sage for balance, and eight livers per pie with no vegetables other than onions sounds a bit heavy. Surely the Saldeans can find a wizened carrot or fistful of okra or something to throw in there. They’ve got adventurers for that kind of thing.

Also, if the onions are merely peeled while everything else is already chopped and minced, does that mean it’s full-on whole pearl onions in the mix? This sounds more unappetizing the more I think about it.

Q: Is there anything inconsequential or silly that you’d like to see added to the game? Like, something that wouldn’t make a differnce to damage but would just be *nice* and that you’re unreasonably attached to.

Mine are:
– When I’m mounted on my hunter alt, I’d like her pet to run beside the mount, at least while on the ground. <—- Changing this after comments: I’d like the pet to be there when I’m on the ground. Even after flying and touching back down :-)
– When I /purr in cat shape, I’d like it to be an actual purr (just like the Tauren’s /moo is a moo).
– Flame flight form. Come *on*, Blizz, I’ve wanted that ever since I first saw danged Staghelm turn into a flaming bird and fly off at the beginning of the Alys’razor encounter in the Firelands.

I would love for both my hunter hawk pets and my bird battle pets to perch on my character’s shoulder or arm. There are a couple toys and special pets that do this, but it really fits the archetype of an archer better to have her eagle companion sitting silently at her side while she carefully aims her longbow, instead of

You’re a good girl McKinley, but I can’t really get a bead on this dude with you there.

I’d also love the option of having boot toes be closed. I get that Tauren and Draenei have hooves, so that would be a whole mess of retooling textures to get the boots to look right, so I don’t mind them so much. I avoid playing Undead and Trolls just because I don’t like looking at their toes all the time. It messes up my transmog and it leads to weird headcanon-y issues. Do they have to customize their boots in a similar way to ballerinas altering their pointe shoes, or is it more like how some dudes cut the sleeves off their shirts to make sure you have a front row seat to the gun show?

Q4tQ: What is your impression of these monthly bonus events Blizzard is running to help fill the content gap between the end of 8.3 and 9.0? I’m writing this as the rep buff ends and the as yet unknown alt gearing catch up buff looms, but do you think these buffs will remain interesting enough to keep players active, or do you foresee people letting their subs lapse as usual?

I don’t think these are intended to keep people subbed, per se. Yeah, they’re nice, but… okay, bear with me for a second. In TCGs, including Hearthstone, there’s a concept called the “win more” cards. These are cards which won’t help you equalize from a bad situation or put you into a position to pull ahead, or even pull ahead if you have everything else set up, but if you’re already winning they’ll just snowball it so you’ll super win. These cards don’t frequently find a place in decks, because you’ll want to have those cards that can help you get to that win state from a losing or marginal state instead, and there’s no incentive for ultra-trouncing your opponent, since winning is a binary state — either you win or you lose.

These buffs in WoW seem like a win more card. If you’re already subbed they’re nice, and you may even elect to change your behavior by leveling an alt or trying for that Legion paragon mount. However, if you’re cancelling in the lull it’s unlikely these buffs will give you incentive enough to change your mind.

Unless, of course, they boost the drop rate of Invincible. I’m betting anybody would come back for that.