The Queue: Anxiety is a heck of a drug 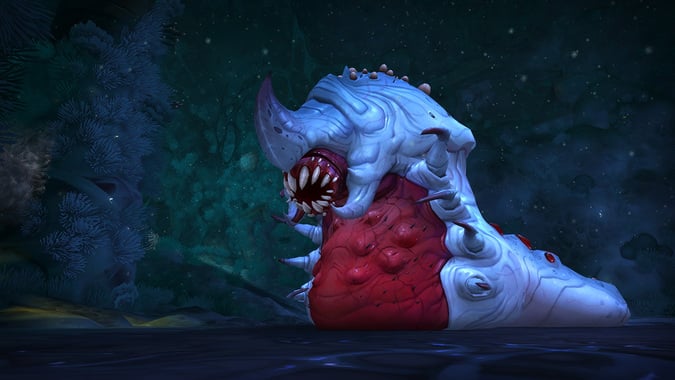 I’ve lived with an anxiety disorder for years, and one of the ways I’ve dealt with it is by isolating myself as much as possible from other people. Going to BlizzCon last year was a massive effort, and while I was very glad I got to go, I was also very tense and even afraid the whole time. Coming home was sad, because BlizzCon was so amazing, but it was also a huge relief to not be around so many people, and to be with my wife and our little family again.

So it’s strange. In a way, all this self-isolation we’re all doing now is just how I live all the time, so I’m seeing everyone having a hard time coping and I have no idea how to help. I hope you’re all holding up okay.

This is the Queue. We can hang out here.

SOEROAH ASKS ABOUT LAST EPOCH
Q for the Rossi: Have you looked into Last Epoch at all? It’s an upcoming Diablo-like on Steam and since you seem to be into that kind of game I was wondering if you had any first impressions

As I explained on the podcast (that’s right, you get double answered because I wanted to talk about it some more) I hadn’t heard about Last Epoch at all until you mentioned it, because I avoid Steam and Steam Sales like a vampire avoids garlic and crosses. Because here’s a secret — I really get dragged into games I love and obsess over them and play them relatively constantly, and it can end up having a pretty bad impact on my life. To the point where I look up and weeks have gone by.

But I did look up Last Epoch and it does look pretty good. Right now, I’m focused on Godfall as my big looter/slasher game of choice, and that’s because it looks a lot like Onyx Path’s Exalted TTRPG had a murderous heavily armored baby with Diablo.  But I’m definitely interested in Last Epoch’s weird time travel meets Diablo vibe — it’s kind of a mix of Path of Exile and Chrono-Trigger and I am definitely intrigued.

Still, I’d throw them all in a woodchipper if it would get me Diablo 4 sooner.

RECURSIVECREATIONS ASKED ABOUT OUR DIETARY REQUIREMENTS

Silly Q4tQ: Is being a vegetarian a requirement to work at BW? Feels like everyone on the team is lol

(This is said without judgement, btw)

RJAGODA ASKS ABOUT MOTHER AND HER PRESERVED CONTAMINANT BOUTIQUE

When Bliz does implement the corruption store (for lack of a better term), will you be targeting a certain one? Or do you think it’s too late to care about that anymore?

They have opened it already, and yes, I’m going for Twilight Devastation 3.

I’m wrestling with myself over whether to preorder the Xenoblade Chronicles remake that drops at the end of the month. On one hand I already own the Wii version of the game, and I dropped it after 70 hour in what is estimated at a 100 hour long game. On the other hand the remake massively upgraded the graphics, the clunky inventory system was polished, quests now have actual markers on the map so you don’t need an external guide to know where to go, and there is a bonus epilogue chapter. I’m thinking this one may come down to a simple coin flip.

Back in the 90’s, when many of you were potentially not even born yet, I had a PlayStation. The original one. It came with two games. Silent Hill, which we all know, and Xenogears, which was a completely berserk little game. It was a Square-Enix game, but it was unique in a sea of Final Fantasy clones (and, indeed, the Final Fantasy series itself) and not even games like Chrono Trigger really matched just how weird that game was.

I loved it. I loved how it delved into genetic memory, Qabbalism, the nature of good and evil, the evolutionary impulse, and an extradimensional being that may or may not have been an AI, or perhaps an emanation from God. The Xenoblade games (and Xenosaga before them) are essentially spiritual successors to Xenogears, but they’re not directly connected and they lack the full-bore fun lunacy of that original game… well, at least to me they do, anyway.

I haven’t really looked at Xenoblade Chronicles, but on the off chance it’s anywhere near as good as Xenogears, I’m gonna say you should get it.

VALENCEMAGI ASKS ABOUT REDEMPTION AND BADGES FOR FLYING

Q4tQ: Will the time jump redeem Sylvanas and let my turn in my Badges, for Flying?

I don’t really understand the second part of your question. It’s probably a WoW in-joke I have blotted out of my memory, like the thing with the bears being skinned aggroing every bear and oh my God it’s back in my head.

For the first part, I have no idea. We don’t even know if we’re getting a time jump, or what Sylvanas’ ultimate role will be in Shadowlands when all is said and done.

Q4tQ: are there any WoW questlines you think could be turned into good D&D (or other tabletop RPG) adventures?

I thought about this when I was doing the Mildenhall Meadery quests this weekend. It really feels like a low-level D&D adventure. You’re helping out the locals with what seems like a simple problem, only to have it turn into something bigger. Honey elementals are perfect for a party that’s just getting started – weird enough to make good monsters, but definitely not a huge threat. And you could get a whole campaign going by getting the party to start searching for whoever gave a farmer the magic to make his honey start animating itself.

It seems like the kind of adventure that people would tell stories about afterward. And I’m sure most parties would be glad to help save the dog.

The Missing Diplomat quest from original WoW could definitely work, especially since it send you to Darkshire and Dustwallow Marsh and you could add sub-adventures in those areas (Stalvan Mistmantle comes to mind for the Darkshire portion of the quest chain) — just make it any generic missing royalty you like.I also think you could tie it in to the Onyxia quest chain with Marshal Windsor without too much work.

It would require inventing a powerful undead antagonist for your party, but the Mathias Lehner quest chain from Wrath could be a pretty satisfying D&D adventure, with your party tracking down the past of said undead antagonist and discovering the lengths they went to in order to remove all human feelings from themselves.

And you could do some fun stuff with some of the WoW dungeons, like Dire Maul, Auchindoun, or Grim Batol. Grim Batol in particular — a former Dwarven citadel corrupted by Duergar sorcery, now used as a lair by malevolent dragons and a sinister aberration in thrall to lose and forgotten gods? It writes itself. Replace the Old Gods with Tharizdun if you want to set it apart from its inspiration.

I could do this for a while — I think the Horde storyline in Nazmir could be adapted and would be a really cool mega-adventure, similar to the old Temple of Elemental Evil module or Descent into Avernus. What is G’Huun, and can your party stop this self-proclaimed God of Blood before he infects the whole world? It’s even kind of timely.

Okay, that’s the Queue for today. I hope everyone does okay today.

I also hope they do Xenogears Remake because that game rocked.

Blizzard Watch is made possible by people like you.
Please consider supporting our Patreon!
Filed Under: Anxiety, D&D
Advertisement