As World of Warcraft‘s patch 8.3 drags on, it may be time to finish up collecting all those mounts you’re missing. The rare drops are slowly showing themselves on your adventures, but there’s one mount you’re not going to loot by accident — it’s a test of your dedication and patience. The Ivory Cloud Serpent. By now you’ve seen other players sitting on this white and pink Cloud Serpent in the cities, or while they’re camping rares. If you haven’t hunted it down yet it’s time to do so, and we’re here to help.

Like so much in patch 8.3, the Ivory Cloud Serpent is locked behind a random drop, but instead of just farming a rare every day like most of the mounts, this is a two-step process. Let’s take a look at what you will need to do, and when. 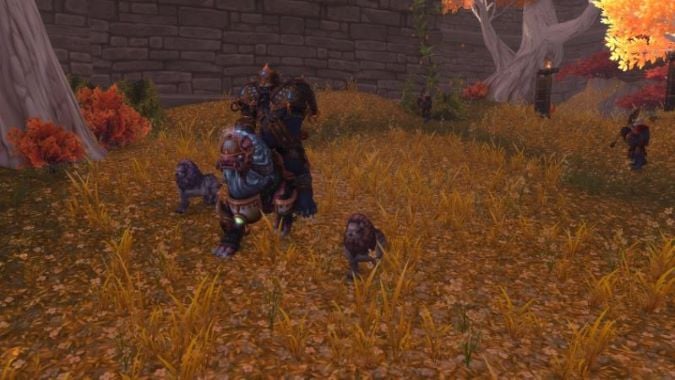 How to get the Zan-Tien Lasso

Before even thinking about trying to go for the mount, you first need an item — the Zan-Tien Lasso. This item is a rare drop off any Mogu mob in the patch 8.3 version of Vale of Eternal Blossoms — make sure you’re phased for the current content. If this isn’t unlocked on a character — or if that character has talked to Zidormi to phase back to the previous version of The Vale — then this item cannot drop. There is a huge list of mobs this lasso can drop from, and while it does not necessarily require the Mogu Assault to be up, those mobs primarily spawn during that time so it’s easier to get then. How do you tell it’s a Mogu Assault? There will be other cloud serpents flying around constantly. Also, lightning rods.

During the Mogu Assault, it’s a good idea to start by targeting rares — named mobs don’t necessarily have higher drop chance, but will draw more players and will be easy to kill, and generally drop better loot. Next, any special event. These are marked on the minimap. If you haven’t finished the Assault these events will grant a large percentage toward completion, and some mobs in these, such as the Zan-Tien Subjugators, have a slightly higher drop rate than other mobs. That rate is 1.3%, compared to less than 1%, but it is something. If you’ve completed the Assault and the quests, find underpopulated areas and kill mobs. There are many open areas where a lot of Mogu respawn, such as the area with the statues by Guo-Lai Halls, to the south of Ruins of Guo-Lai, and the area by the final boss of the assault near The Golden Stair.

How long it takes to farm the Zan-Tien Lasso will vary. Some report a few kills, some report over a thousand kills. This could take you five minutes, an hour, or you could be sitting on the lasso and not even know it. This is just step one. 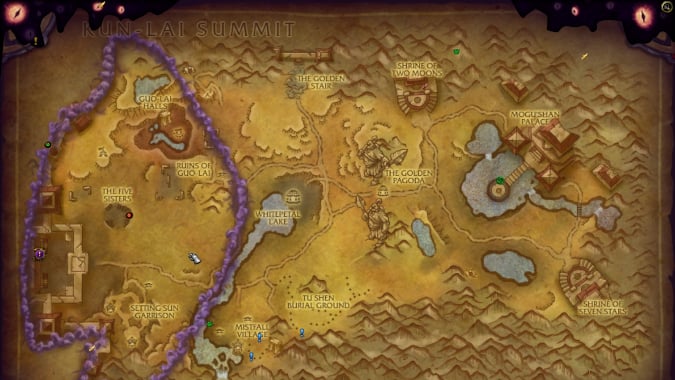 How to tame the Ivory Cloud Serpent

Now that the lasso is in hand, it is time to tame the mount. The Ivory Cloud Serpent will only spawn when the Mogu Assault is up.

First, prepare your macro. Open up Macros and go to Character Specific, as this only works on a character that has the lasso we got in step one, and you only need to do this once. Choose new, choose an icon, and give it a name. Then copy and paste this as your Macro:

Save this to your toolbars, to a button you can press over and over. This is what you will be doing.

Next, head out to the spawn point for the Ivory Cloud Serpent. This is at coordinates 27, 56, above the Zan-Tien camp. A map has been provided above, with the finger right at 27, 56.

Mount up on your current favorite flying mount, and head up into the air. Height is important. Line yourself up with the top of the gate that divides the Vale of Eternal Blossoms from Dreadwastes. This should put you about 20 yards below the Great Worm From Beyond in the area. This is close enough that you’ll still get the debuff from the worm, but not close enough that it will knock you off your mount. Speed is not important here.

Important note to druids: The Zan-Tien Lasso will not work while in flight form, only while sitting on a mount. You must use a mount, and forgive Blizzard this one time for not allowing flight form to give you an advantage.

Now you wait. Once the Ivory Cloud Serpent has been tamed, it won’t spawn for at least one hour. How long it takes to respawn is not absolutely confirmed. Original reports said one to two hours, but other reports say it can take longer than two hours. The final conclusion is, it’s going to be a long wait.

If you arrive at the spot and see a bunch of others waiting too, don’t worry! The tame is not limited to one person. When the first person uses the lasso, there is a very short window, about two-seconds, where anyone who uses the lasso can also tame the Ivory Serpent. Just be sure you are at the spawn point, have the macro set up, and are hitting the macro button non-stop.

This is not an exciting process. There’s a little randomness to it, and there are only certain times these steps are available. But it’s all achievable! 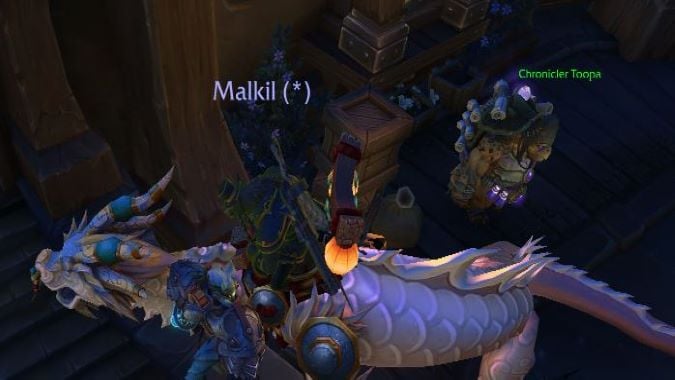 Show off your new Cloud Serpent

Why can’t I click on the mailbox outside of Snug Harbor Inn? Oh, because you followed the steps above and tamed your very own Ivory Cloud Serpent, and when you go through all that trouble, the very last step is to show it off. It’s still rare enough that idling on it in a crowded location will garner whispers of “Where did you get that mount?” And then you can tell them, and they will whisper back, “that’s too much work, but cool mount.” And, with that whisper, all that pain will have been worth it.