The Queue: I know a secret 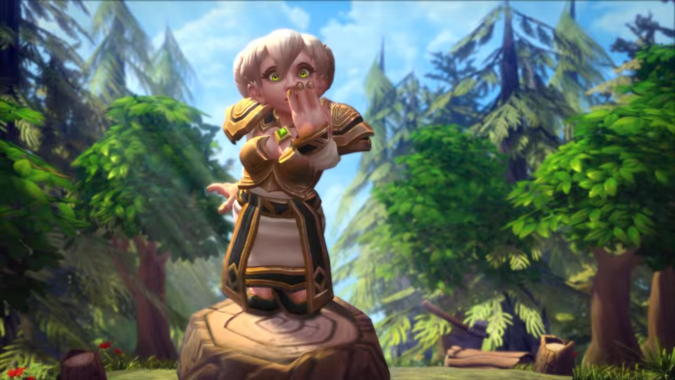 I know a secret! Well, I know many secrets, but this one is more relevant than most right now. I can’t tell you what the secret is, obviously, then it wouldn’t be a secret anymore. But I’m sure you’ll be able to figure it out very soon™.

While you all work on figuring out what I could be talking about, I take you now to — the Queue.

Pet peeves in game (other than: “Something has spooked one of the brutosaurs…”). Go!

Mine: I do a quest chain, hand in one part, pick up the next and fly off in the direction the yellow arrow on my mini map points me. Halfway to the next zone I realise that it points to a completely different quest. GAAAAAH.

My biggest pet peeve is that Fatigue damage can happen to ghosts. Sometimes I get distracted, and if I’ve left myself auto-flying towards my next destination I might wind up over the water. Very deep water. So that’s my bad, now I’ve gotten myself killed and I have to go retrieve my body. But if my ghost can’t fly, there’s no way that I’ll reach my body before fatigue somehow kills my ghost. Now I’ve wasted the time it took to run back to my body, and I have to take resurrection sickness. It’s a problem entirely of my own making, but boy does it get my goat.

WHAT’S THIS? THERE’S XERIANNE IN THE AIR

You’ve all had different days to write articles (I’m assuming most of you have) So what is your favorite day to write the Queue? Is there a particular day that gets more questions regularly?

I’ve only done Monday and one of Mitch’s Thursdays, so I’m don’t have the most experience with this. But I really love having the whole weekend’s worth of comments to look through. It’s usually way easier to find things that I know I can talk about, or want to talk about. Plus I raid on Sunday nights so I can just go from that into writing. Sometimes though I procrastinate, or run a dungeon or two after raid, and that’s why I was able to see and grab your question at 2:30 in the morning. But luckily I don’t have anywhere I have to be on Monday morning so that’s ok too!

Q4tQ: do you prefer dungeons that are straightforward, like Motherlode (i.e., there’s one clear path to follow) or dungeons with winding paths, like Waycrest Manor (go here, go there, go back here)?

I really like the sprawling wide-open dungeons like Atal’dazar, Junkyard, or Waycrest Manor. Places where you can do the bosses in whatever order you like. That way you can choose your route based on your players and their strengths. Funny enough at higher key levels Waycrest Manor becomes much more straightforward. You’ll always use the first N’zoth Obelisk to go to the Coven boss first. It’s the hardest of the bosses on the main floor, and if you can’t beat them it’s better to find out sooner than later.

I really like it when raids get to be big and have a bunch of different wings too. Like in Ny’alotha you can choose whatever order you want for the middle seven bosses, or Blackrock Foundry with it’s clearly laid out wings. Although there was a ‘proper’ route there if you paid close attention. If you killed Kromog in the Black Foundry wing first, you wouldn’t get the ground spikes as you headed towards the Blast Furnace. Then when you killed the Blast Furnace, the giant floor grate was safe to stand on in Operator Thogar’s room. That was a neat little bit of environmental storytelling as you dismantled Blackhand’s operations.

Also, MOTHERLODE is a great example of a straightforward dungeon — no matter what Pidia says. You have to do the bosses in their order, even if how you deal with their minions is more flexible.

SPENCER MORGAN MUST BE DREAMING

Q4tQ: Is the problem people have with being the “Hand of A’dal/Kingslayer/Destroyer’s End” in the narrative, also expressing a desire to veer away from the high fantasy elements of WoW; back toward low fantasy or some middle ground?

Warcraft has always felt like High Fantasy™, at least to me. We’ve got epic dragons, larger than life Orcs, magical Elves of every flavor, and more Wizards than you can shake a staff at. We all started as the lowly adventurers, but after 15 years our stakes have had to expand along with our experience pools. It can be hard to reconcile that with the multiplayer nature of World of Warcraft. That’s where I feel the most friction is for me, looking around and seeing all of those other Champions of Azeroth can be a little jarring.

I don’t know if there’s a fix for that though. Even just looking at the Kingslayer title, Arthas acknowledges that we’re the greatest fighting force on Azeroth. Would heroes of that caliber go back to clearing out rats from basements and dealing with local Gnoll infestations? We’ll see how well we can be slotted back into the rank and file if Shadowlands manages to deliver on that front.

WAKE UP RED, THIS ISN’T FAIR

I’ve noticed that I’m playing through FF7R extremely slowly because I don’t want it to end.

Q4TQ: have you ever felt that way about a game, or a book, or something else?

I do that with video games. I’ll be flying along having a grand old time, then I’ll realize that I just finished most of the game in a short amount of time and put it down for a little while. It helps to really let that anticipation grow. Most recently I’ve done this with Assassins Creed: Odyssey. I got about 2/3rds of the way through and took a little break. I went cultist hunting, explored every island I could find, visited all of the vantage points, swam with sharks, broke countless ships in half, helped the people of Greece with their problems big and small, basically anything that wasn’t explicitly driving the main story forward. It’s just super fun being Kassandra, can you blame me?

I’ll finish it soon I’m sure. Greece is big, but it isn’t that big.

OH COULD IT BE JALAMENOS GOT THEIR WISH?

One of our tanks was completely smashed on home-made wine during the raid tonight and kept apologizing for it.
But personally I think she was doing better than usual – we broke almost all kill timer records tonight and only wiped once on Vexiona :)

This isn’t really a question, but if I squint it kind of looks like one. Plus, it’s an excuse to tell the story of my first successful Amani Battle Bear run! I wasn’t raiding when Zul’aman first came out so I didn’t get the opportunity to earn the red version in Burning Crusade. So when they brought the Troll dungeons back in Cataclysm, I knew I had to get my hands on it.

I was still playing my Holy Paladin back then. Week after week I ran Zul’aman with my guild. Each time trying to get a little bit faster, pull the dungeon a little bit cleaner. But eventually, we reached a plateau. No matter how well we played nothing seemed to change, we couldn’t get to the fourth and final boss in time for the bear. It was pretty discouraging — until one fateful Saturday.

It had been a good day in Azeroth. I’d spent the afternoon leveling with friends and running dungeons. All while opening a few beers. Well, a few turned into many, and next thing I knew we were in front of Zul’aman again. Everything started off super well. We made our times and then some. We were clearing faster than we ever had before. Somehow we managed to get to the final boss we needed with more than enough time on the timer.

I did the whole thing three sheets to the wind. The run is still kind of a blur, all I know is that I played my Paladin better than I ever had before that night. I didn’t second guess any healing decision. Everything lined up properly, and everyone lived. I was exactly the right kind of drunk. Too much in either direction would’ve spelled disaster. Good thing I didn’t go back for one more beer right before the run started.

That might be a hint about the secret! Who knows!

Have a great week everyone! Stay healthy, wash your hands, and leave Anna plenty of questions for tomorrow!