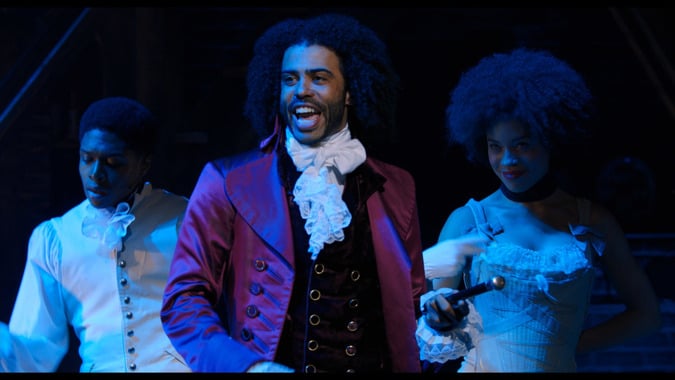 What a great show!

Watching Hamilton was definitely the highlight of my weekend even more so than getting to 9/12 mythic in Ny’alotha. I loved the soundtrack, but had given up on ever actually seeing the live production, so I’m very happy they added the filmed version to Disney+. The cast was amazing, the songs electric, the staging and choreography were fantastic, Phillipa Soo broke my heart with Burn like I knew she was going to, but there was one huge standout — Daveed Diggs. He was a joy to watch every time he was on screen. So much so that it almost felt like all of the other characters should be asking “Where is Thomas Jefferson/Lafayette” whenever he wasn’t around.

But enough about amazingly produced live theater. It’s time for — The Queue.

JALAMENOS IS WALKING IN THE WOODS

Q4tQ: When playing Rogues, do you use Pickpocket?

I love using pickpocket. It’s fun! You get to see interesting junk items and sometimes you get boxes to open. Who doesn’t love getting to open a box? I know that the junk boxes contain… junk. But it’s still fun to see what kind of junk you get. I even spent extra time in Legion when I leveled my last Rogue to make sure that I could play the pickpocketing minigame.

I’m very confused about why that didn’t come forward in some fashion for Battle for Azeroth. Maybe it’s a case of Blizzard not wanting to give us too much of a good thing. Or maybe the Rogues already stole everything that wasn’t nailed down. All the more reason to get into Shadowlands as quickly as possible, that way the Rogues can steal the ghosts of all those possessions that were already stolen.

What is your favorite mount for doing Calligraphy? Mine is the Amethyst Runestrider. It starts with an A so it stays near the top of my Favorites, and it is small and maneuverable.

Druid ground only Travel form or the Demon Hunter Felsaber. If I’m not on either of those characters, I’ll usually just roll the dice with my random favorite mount button. Which usually is fine, although the other day I got the Dreadwake and let me tell you, that was not conducive to impressing the small school-turtles.

OUT OF THE CORNER OF YOUR EYE YOU SPOT HIM: MUSEDMOOSE

Q4tQ: considering this horror of marine biology, do you think scallops inspired the design for Yogg-Saron? 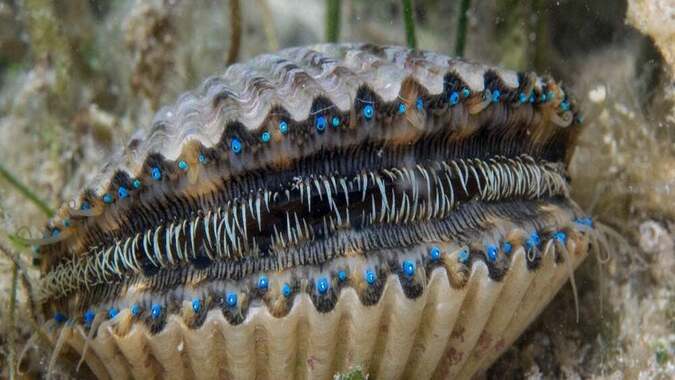 Oh — without a doubt.

There are so many 1:1 similarities between that particular picture and everyone’s favorite Old God of Death that’s been locked away for years and years beneath the frozen crown of the world. The crazed teeth, the many many eyes, the hunger for your very soul (or plankton). There are such amazing and horrible creatures that lurk beneath the waves.

That’s why all of the best cosmic horror is set in and around islands and old fishing towns. You never know what a fisherman who’s down on their luck might’ve fished up, or what terrifying carcass could wash up on shore. After all:

YOU’RE LOOKING FOR YOUR CAR STARFIGHTER1838

Q4TQ: Looking for some good suggestions on flying mounts for lightforged Dranei besides the lightforged warframe cause i’m not dropping 600k on a mount

Looking through my mounts for suggestions has made me realize that there are very few Holy themed mounts. We have no end of Demons, Fel tainted creatures, beasts made out of fire and lava, but things from the Holy end of the spectrum are lacking. Priests and Paladins have their Legion class hall mounts, and there is the Argent Hippogryph, but not much else.

So I spread the net a little wider than just Holy, I’ve got three suggestions for you. The Winged Guardian is a store mount, so easy to get, but will cost you a little money, or a small pile of gold — still less than 600k with token prices what they are right now — but it has some nice glow effects on the wings, and looks strong enough to carry a Draenei. Sunstone Panthers are bright yellow so you know they’ll match your lightforged runes, and the vendor material to make them is relatively cheap compared to some of the other prices for profession mounts. Or there’s the Heavenly Golden Serpent from the Emperor Shaohao reputation in Pandaria. With Pandaria timewalking approaching in a couple of weeks, it’ll even be easier to catch up if you’re not already Exalted.

CAPTAIN CAKEWALK THE HOOT-HOOT IS RUNNING FOR THEIR LIFE

Q4tQ: Is there a race or class you have never gotten to max level in BfA? I personally have levelled every class and race in WoW to 120 bar my DI Dwarf Shaman, Lightforged Warrior, Nightborne Warlock and Void Elf Rogue but I plan on doing this very soon as my Rogue and my Warrior are close to 120 (Rogue is 113 and my Warrior is 111) and my Nightborne is closest at 114. :D

Lots of them! I’ve only got six characters maxed out, and of the three of those, I really only play three of them. I keep meaning to level up my Shaman or Paladin, but it’s easy to get distracted. There are so many dungeons to run and other games to play. I like focusing on a few characters who’ve reached max level rather than leveling up a whole horde of them.

Q4tQ: What video game that isn’t part of esports would you like to see become part of it? Can be a specific game or a genre.

My vote, since I just bought it for PC, is Katamari Damacy. I think it’d be hilarious to see people try to make a professional thing out of this ridiculous game, and if nothing else, I want to hear the announcers trying to call out what’s happening.

Let’s get some giant Grand Prix’s of 12 of the best Karters in the world. I want to see the high-level strategy that comes around staying up in first place versus hanging back in second so that the Blue Shell doesn’t come straight for you. Is luck going to be on your side, or will fifth place somehow get the Lightning Bolt that shrinks everyone else and rocket forwards in the last turn.

There probably isn’t enough interest to justify a league set up like Overwatch has, but it might be interesting for a couple of weekends to see what the games capable of. Bonus points if they could kit all twelve racers out with the fully immersive racing rigs.

Bet you thought it was going to be a song from Hamilton, didn’t you. Well, I foolishly used them before, and I don’t want to repeat myself if I can help it. Where’s the fun in that?

Have a great week everyone! Tell your pets that I said hi, and leave Anna lots of questions for tomorrow!