The Queue: Into The Woods 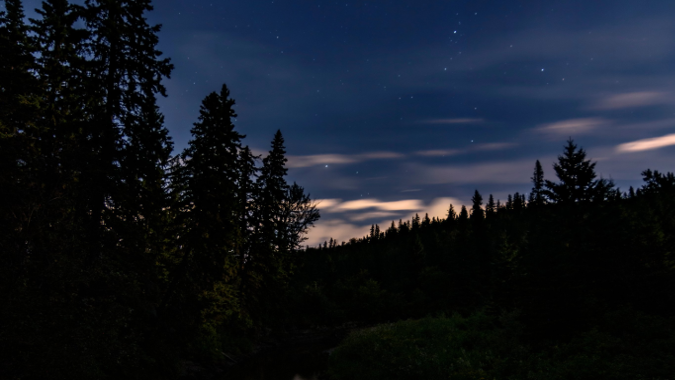 So my wife and I went out into the woods last night and she took pictures of the sky. They’re pretty amazing, because she’s pretty amazing. I’m ridiculously proud of her.

Anyway, here we are, it’s the Queue.

No, no, where Maldraxxus. Maldraxxus is a location. A location inside of an extraplanar realm, admittedly. But it’s not a temporal coordinate.

ENO LOBS ME AN ASSASSIN’S CREED ODYSSEY SOFTBALL, WHICH I ALWAYS APPRECIATE

QfRossi: Did you make any poor choices in Assassin’s Creed: Odyssey that made you want to redo them or were you just like, oh well, so that happened, moving on?

Well, I played Alexios once.

I joke, because Alexios is a pretty solid protagonist. He’s just not Kassandra, who is utterly fantastic and who I dearly loved watching.

Spoilers for the 2018 game that I’ve literally been nattering on about for the entire time it’s been out below, for whoever would not want that.

When you’re doing the various quests for the Spartan Kings, when you confront the leader of Argos, if you let Anthousa kill the Monger publicly back in Korinth then Lagos refuses to cooperate with you and doesn’t give you the clue to the identity of the Spartan King who is working for the Kult. I ended up loading a save from half a playthrough back and killing the Monger inside the sacred cave instead, despite Anthousa’s objections, because without that clue it’s much harder to convince the Ephors to convict the proper King and exile him.

Q4tQ: Have the Afterlives videos shown so far made you rethink your Covenant choice?

Nope. My Night Elf is going Ardenweald, my Draenei is going Bastion, my DK is going Maldraxxus and my Paladin is getting stuck with Revendreth.

JALAMENOS, I’M SORRY ABOUT THE PREVIOUS ANSWER, HERE’S A REAL ONE

I get the sense that Blizzard’s recent attempts at reducing the “need” to have certain classes in a raid group (Warrior, Mage, Priest, Shaman, Hunter) will completely backfire.

First they nerf the Warrior, Priest and Mage buffs from 10% to 5% which is ok, as long as content is balanced around it, the numbers doesn’t matter.
But then they remove the Battle Scrolls from Inscription, meaning there is no alternative, so now you still “need” one of each of those classes to get the buff – and you know most are going to go after it anyway despite the nerf.

They also nerfed Leatherworking War Drums from 25% to 15%, making Shamans, Mages and Hunters a lot more “mandatory” since the alternative is so much weaker.

Straight up — I have always hated that you can get Battle Shout from a scroll.

That’s my signature buff. That’s mine. You don’t get to give my abilities away to a crafting profession. Where’s my Blessing of Kings scroll? I leveled up as a Warrior through Vanilla and The Burning Crusade, and not during patch 1.12 either. I hit level 60 before Maraudon was out. I had to deal with the Arms Warrior miss bug, Charge desynchonization, getting books to boost my Battle Shout. I ran dungeons before LFD, as a DPS warrior, when Warriors had nothing groups wanted. No CC. No special buffs anyone cared about (because nobody cared about Battle Shout when you could get a Paladin back then.)

Now that people actually want Battle Shout, you’re letting a profession do it? No. If you don’t have a Warrior, you shouldn’t have Battle Shout. I’m old, and I’m cranky, and I say they shouldn’t let professions duplicate class abilities like this so I’m totally okay with these changes.

For most groups, it simply isn’t necessary to optimize like this. We’ve been playing this game for sixteen years, it’s time for the community to finally accept this. If you’re not pushing Mythic first content, you can do without them. If you are, design your comp appropriately.

Can the expansion after Shadowlands (I know – it isn’t even out yet) be about cleaning up some of the messes we’ve left over the years? Is it too much to ask to leave the world at the end of the expansion in a better state than we found it. They also seem to be setting up a lot of marriages – can at least one of them be in-game? I’d love a long quest chain that culminates in a wedding! The question is – who should it be?

Can we do an expansion about cleaning up some of the messes? Probably. Will we, though? It’s not a terribly exciting concept to pitch for an entire expansion, and I think it would make more sense to have it be part of a different expansion’s story. We got to see the Vale of Eternal Blossoms had been cleaned up before the attack of N’Zoth’s forces in Battle for Azeroth, for example.

As for the marriages, sure, why not? Let’s do all four. Plus Anduin, Wrathion and Taelia can end up a polycule so that we get the amusing sight of Bolvar disapproving of it, and Wrathion. I’d subscribe just to watch that interaction.

ERMELYN PITTS CLOSES US OUT

QftQ: Do you ever think Blizz will let us cross spec?

I’m not saying it couldn’t be cool, and we did just cram all the levels back down so that by the end of Shadowlands we’ll be level 60. And I think that cross-spec, or even cross-class gameplay could open up some cool options. Imagine an Arms Warrior/Blood DK mashup? Ret Paladin/Assassin Rogue? There would be a lot of design work to make this viable without ending up ludicrously difficult to balance, but I’m willing to at least speculate on how it could work out.

But I do think it would take so much work to balance this. At present, you can switch between specs within a class almost at will outside of combat, so there’s not a lot of call for cross-spec within a class. So to make it worth doing at all, you’d need for it to be similar to Hearthstone dual-class in terms of conception. You probably couldn’t start with everyone being able to spec into every other class — there’s 12 classes now, and that would get untenable pretty fast. You’d probably have to pick two classes that each class could spec into — similar to how Hearthstone lets Warriors go with Rogues and Paladins, Paladins with Warriors and Priests, Priests with Paladins and Warlocks, Warlocks with Priests and Demon Hunters, etc. WoW has more classes that Hearthstone, so it couldn’t just borrow the same lists, but it could work.

I could get excited for this, if it was executed properly. I could see Warrior/Rogue dual class being pretty close to a classic Barbarian build, Hunter/Demon Hunter finally letting DH’s get a ranged spec, etc.

Okay, that’s the Queue for this week. I won’t be around next week, so be extra nice to Liz please when she does Wednesday and Friday. Be nice to each other.

Blizzard Watch is made possible by people like you.
Please consider supporting our Patreon!
Filed Under: Sondheim In Real Life
Advertisement