Storm, earth, and fire will rock Hearthstone Battlegrounds, with new Heroes and Elementals joining the game! 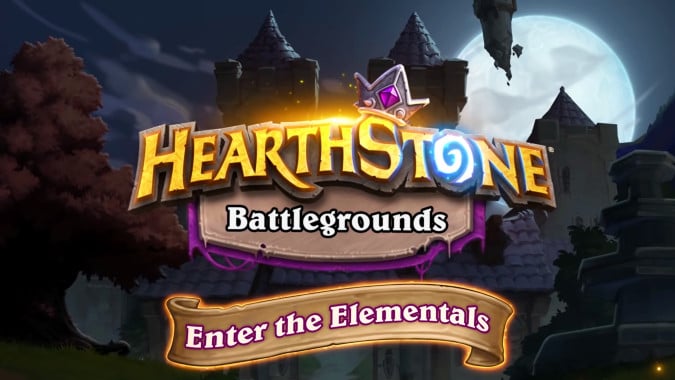 DIE, INSECTS! Ragnaros, the Firelord, will once again grace Hearthstone Battlegrounds with his presence — but for his return, things are very, very different. Not only has the Elemental Lord been redesigned, but he brings a bunch of new hero friends and a whole new tribe of minions, Elementals, to command!

There is, in fact, a whole new event starting tomorrow called the Masquerade Ball, which offers some gameplay treats for every player. The masquerade is such an occasion that Beloved Headmaster Kel’thuzad even dons a lich mask! But for now, let’s focus on the cream of the crop, the Battlegrounds changes. 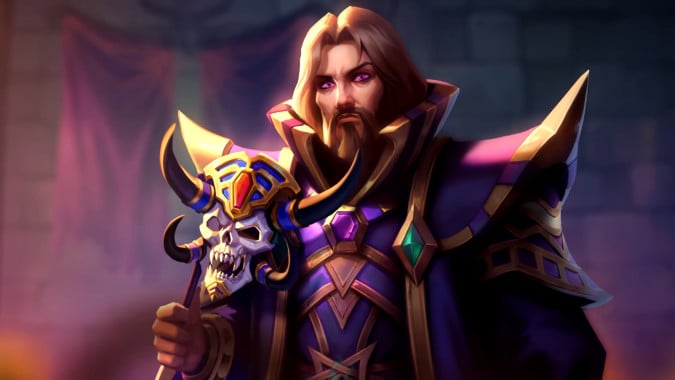 How many turns does it take for you to kill 20 enemy minions? Hopefully, not many, because the sooner you’re able to accomplish that, the stronger Ragnaros will become! Getting +4/+4 to two minions every turn is a big deal. We all know how strong minions like Goldgrubber are, because of how they keep snowballing in power. But the later you are in the game, the less relevant that extra power becomes, so you’ll want to make sure to get Sulfuras (or Goldgrubber) in play early, when it counts the most.

Lately, we’ve been getting quite a few heroes that take advantage of cheaper upgrades to their Tavern Tier. This is another one of them, and the way he does it seems pretty powerful, although unreliable. Playing three Elementals is something that will be either very easy or very hard, depending not only on your own luck at finding them, but also on how many other players are playing Elementals at the moment.

But the payoff for those times when you do manage to pull this off is pretty big: a two gold cost reduction on your next upgrade is definitely something worth pursuing.

In the early game, this Hero Power doesn’t seem to be worth using at all, except for some pretty specific situations, since it will be a very small buff for the cost of two gold at a stage of the game when you should still be focusing on building up your warband. But once you reach the midgame, things begin to change. Randomly giving out a permanent +3/+3 or +4/+4 for two gold could definitely work — but the randomness factor will always imply that you want to have a board full of minions that are adequate recipients for that buff.

Rakanishu might benefit from playing “uniform” compositions, like Murlocs, where every minion is a buff candidate, rather than a build where the buff might accidentally fall on a Brann, and make you sad.

Wow! This hero power certainly sounds impressive. It has the potential to absolutely steamroll your enemies in the beginning of the game, making you win many of those early bouts. The fact that your powerhouse left minion will gain Taunt, however, indicates that you will want to put it on something that you can sacrifice while dealing as much damage as possible — perhaps a Poisonous creature, or something with an Overkill effect. Regardless, Al’Akir certainly sounds like a very fun hero, and I’m eager to try him. 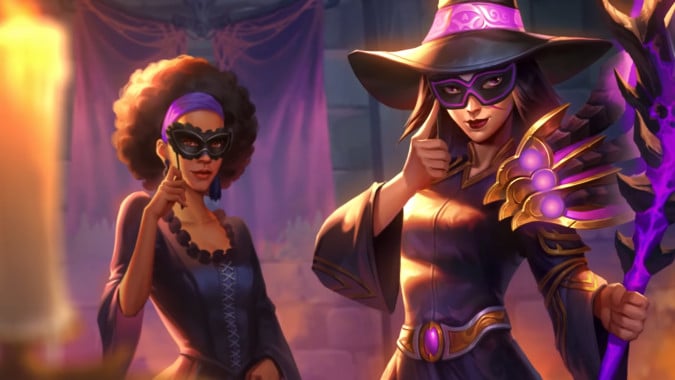 Elementals will always be present in the minion pool for a while. In a future update in a yet-to-be-announced date, they will enter the regular rotation along with the other tribes — much in the same way as how Pirates were first introduced.

Most Elementals seem to have synergy effects with one another — basically, playing more Elementals makes existing Elementals even stronger, in a number of interesting ways. So, let’s highlight a few of the more interesting ones.

Because Alementals weren’t enough, apparently, right guys!? Anyway, this is a pretty solid new option for the earliest turns of the game. Being a 2/2, it can go toe-to-toe with most other early game minions; but when you sell it, you also choose where to get value: on your board, by adding a free 2/2, or on your economy, by selling it for gold. Regardless of your choice, you get a very welcome bonus.

Zapp’s new Best Friend? This seems like a niche pick on its own, but the looming potential for some crazy build is certainly there.

Could a netural Poisonous minion be an indirect nerf to Murlocs? Suddenly, our adorable little fishmen see their most powerful weapon be shared by a neutral minion that anyone else could use, and much earlier than Maexxna. Thankfully, the stats on Deadly Spore are less than impressive, so I’m not too sold on this one yet.

The ultimate power generator for Elemental builds. It sticks something to the board, making it useful on the current combat, but it also gives you value afterwards — at best, some powerful Elemental to fill your build; at worst, one extra gold you can spend on a refresh. Not bad at all!

To learn about the other Elementals entering the Battlegrounds, check the official blog post. 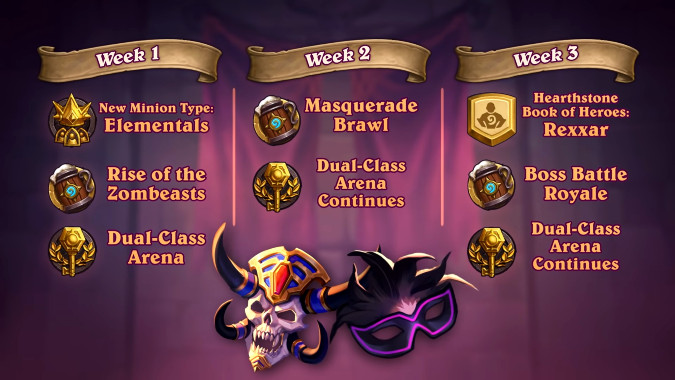 And that isn’t everything that’s changing

Your Battlegrounds rating will be reset, and there will be a new system to calculate it from now on. If you wanna understand how it’s calculated, follow this link for their (super technical) official blog post.

And this patch also has a few noteworthy balance changes for Constructed, with Tortollan Pilgrim and Guardian Animals getting some much deserved nerfs. Plus, in the following weeks we’re seeing:

If you’re interested in any (or all) of those things, make sure to read the patch notes for Patch 18.4.

Have a Happy Masquerade Ball!