The Queue: I missed you all! 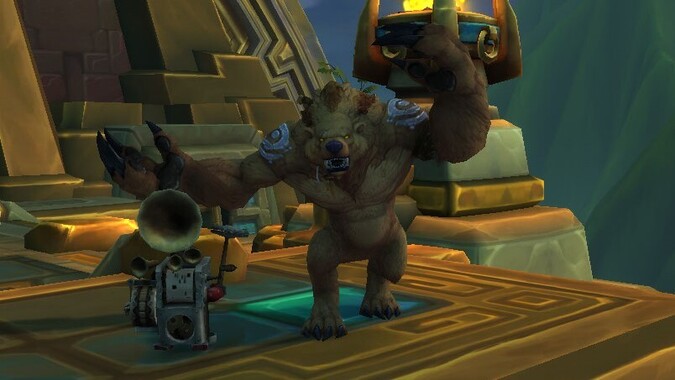 It’s been so long since I wrote a Queue! Like, slightly more than a week! I missed you all! I saw that Mitch made you do all the hard work in supplying your own earworms for Anna. I hope you left her some good ones.

But it’s time to return to our regularly scheduled program — the Queue.

THERE LIVED A CERTAIN LIZ IN RUSSIA LONG AGO

Hey, are you playing DAI with us? I forgot to tell everyone that we’re playing Dragon Age together over on the BW Discord.

I sure am! It’s actually the first time I’ve played Dragon Age: Inquisition. I don’t know why I never played it, but I’ve been having a blast. I’m playing a sassy Mage and I’ve been quite enjoying calling down giant bolts of lightning to smite my enemies. It’s so satisfying watching them explode in meaty chunks. I’m still upset that Cassandra didn’t reciprocate my romantic advances though. Someone should go back in time and make the writers include that as an option for me.

Y’all should come and play along with us on the Discord! Thanks for organizing this Liz!

JAXDADDY WAS BIG AND STRONG, IN HIS EYES A FLAMING GLOW

QftQ: Which NPC story would you like to see continue? Personally, I’d like to see Morgan build that kingdom in the Burning Steppes.

I’ve always wanted more time with God-Queen Sigryn of the Tideskorn. She had such a cool origin with godly betrayals and assassinations, and even kind of likes us by the end of the whole Mage Tower scenario. Then we never see them again. Despite their promises that when the time comes we’ll see them on the battlefield.

Battle for Azeroth would’ve been a great way to expand upon that foundation. Maybe the Tideskorn built up a new naval power that could rival the Kul Tiran and Zandalari fleets. Plus, they’d probably be interested in what Queen Azshara is up to with the Tidestone. Or they could’ve gone to reclaim the Aegis of Aggramar from the Broken Shore to help us seal Old God portals in the Vale.

If not them, we clearly need more time with Theldurin the Lost. What has he been up to since he punched Deathwing in the face? Has he been helping to save Azeroth from other threats since then? I need to hear his 100% true stories about every major event since Cataclysm.

MOST PEOPLE LOOKED AT MUSEDMOOSE WITH TERROR AND WITH FEAR

Q4tQ: we had some talk last week about our least-favorite sounds in WoW, so what are some of your favorites?

I still love the “Grr, HA-HA!” sound ogres make when you aggro them, and the satisfying thud when they hit the ground. And the creepy whispers that come with void and corruption stuff are really well done – I love that they sound like you might be able to make out what they’re saying if you just listened a little more…

The Blizzard sound design teams are rockstars. So many iconic sounds have been scored deep into my bones, like potions from Diablo, or the sound a Dragoon makes when it dies in StarCraft. Those are great, but none hold even a tiny candle to my all-time favorite sound in Warcraft. The sound that Gnolls make when they get into combat with you.

I don’t know why it’s stuck with me as much as it has. There’s something about hyena noises that are just so charming. I judge all other Gnoll and hyena noises against the Warcraft ones. Most don’t come close.

RETPALLYJIL FULL OF ECSTASY AND FIRE

Q4tQ: So do you think “Daughter/Son of the Sea” is actually a formal title for a princess/prince in Kul Tiras? Like “Prince of Wales” in England or “the Dauphin” was in France?

Because I think that would be pretty cool.

That tracks. But what about the other Human kingdoms? Would Gilneans have the Prince/Princess of Wolves? Anduin was only ever a Prince, or little Lion if you asked Sylvanas. But I could see him being a Son of the Pride or maybe something like Lion’s Roar, which could work for either a prince or princess.

VALATHREA WAS A CAT THAT REALLY WAS GONE

Question for either the Que or Podcast: What addons do you have or recommend for Transmogs? I love collecting transmogs, and was wondering if there are addons that will make collecting or creating transmog sets easier.

I’m a big fan of Can I Mog It. Between telling you whether you’ve got the appearance or a lookalike — or adding icons to the dungeon journal for a quick glance so you can tell if you’ve collected things. It really helps make my transmog hunting easier. But I tend to run pretty light on addons so if there are more out there that people are fond of using, please mention them below!

Why robot chickens? Is that just a WoW thing or is there another (Meta) layer to the story, some reference or Easter Egg I’ve overlooked all these years?

I mean, they’ve been there forever in WoW, I remember protecting one in Tanaris waaaay back when.

Where else do you get robot eggs? You try making a mechanical omelet without some of those and let me know how quickly you wind up inventing the mechanical chicken.

It’s probably more along the lines that when you start to poke around with fantasy-style engineering making lifelike mechanical animals is an expected outcome. It’s probably the most acceptable way for an engineer to play god and create life. Everything else always seems to involve graverobbing or trips to the brain repository. Then once you make one tiny mechanical animal, why not make a whole farmyard full of them. You need something for the mechanical cats to chase after all.

That’s my time, you’ve been great! Don’t forget to tip your waitstaff and leave lots of questions for Anna to answer tomorrow!