I have played hundreds of hours of Diablo 3, and even though I have several characters garbed in their full six-item set resplendence, I still return to them because of Kanai’s Cube. It’s my favorite element of the Diablo 3 endgame. The Cube recaptures the scrappy creativity players need in their first stages of leveling, when they assemble optimal loadouts based on just ingenuity and one or two legendary items.

But rather than a half-baked hodge-podge of whatever fate has given me, Kanai’s Cube lets me feel scrappy creativity while armed with legendary gems, re-rolled item stats, paragon points, and whatever abilities I want. Think Emperor Palpatine shouting “Unlimited power!” and you’ve got a good idea of what goes on in my head when I tinker with Cube builds.

Here are some of the combinations I have found most enjoyable to play. Note that this is not a list for the min-maxers. This is a list for those who want to enjoy seeing the unexpected or the entertaining — just for fun.

One of the best ways to leverage the Cube is to turn a standard ability into a superpower. I’m partial to this one for my Wizard. I can also tell you from experience that even with the Arcane Power discount, spamming the hail of cosmic debris is addictive enough that you may want to give yourself some tools to improve your resource regen. Krede’s Flame might be a good option for your jewelry slot in the Cube, or just make sure you have gear or passives equipped that will give you plenty of Arcane Power — or maybe exhibit a little more self-control than I have. Your call. 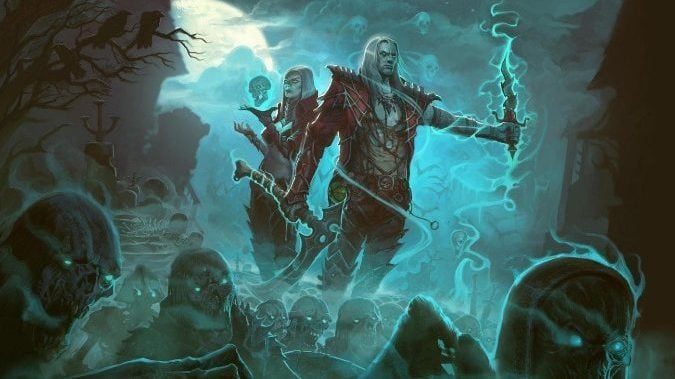 The Ess of Johan: Chance on hit to pull in enemies toward your target and Slow them by 60%.
Briggs Wrath: Uncursed enemies are pulled to the target location when a curse is applied to them.
Krysbin’s Sentence: You deal 95% increased damage against slowed enemies or triple this bonus against enemies afflicted by any other type of control-impairing effect. [75 – 100]%

This was my favorite combination I found during that wonderfully overpowered time of Season 20 when any combination of items could be used in Kanai’s Cube. Now I’ve shifted my build around so that I’m wearing the two jewelry items that aren’t in my Cube, because this blend of crowd control and huge damage is so satisfying to play.

Since this trio centers on curses, the ideal other items to have in your Cube will have stats in the same vein. The Dayntee’s Binding belt gives you an up to 50% damage reduction when a cursed enemy is nearby. For weapons, Spear of Jairo and Trag’Oul’s Corroded Fang give paths to increased damage connected to cursed enemies.

You’ll also want to have the Bane of the Trapped legendary gem in one of the jewelry items you wear, since it adds even more damage boost to enemies under control-impairing effects. 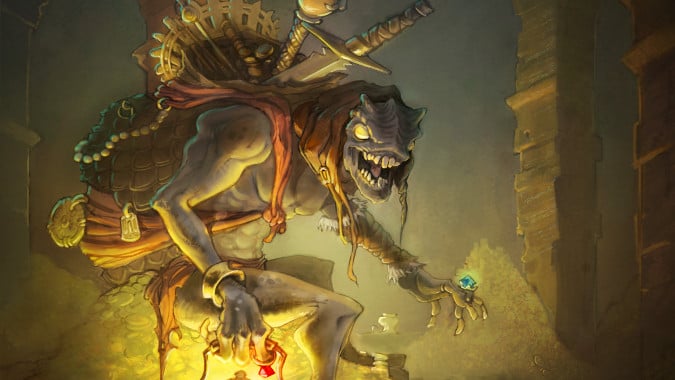 Moneybags for any class

Goldwrap: On gold pickup: Gain armor for 5 seconds equal to the amount picked up.
Kymbo’s Gold: Picking up gold heals you for an amount equal to the gold that was picked up.

Financial advisors claim that you should “make your money work for you.” Clearly they would be fans of this loadout. It’s a pretty self-explanatory system, where your gold pick-ups offer a boost to armor and healing. You’ll be picking up all that money anyway; why not get some extra perks from it?

Get even more bang for your buck with the Boon of the Hoarder legendary gem, which gives a chance for any enemy to drop large piles of gold on death. Double-down on the moneybags concept with the Avarice Band ring, which temporarily increases your pickup radius for gold and health — feels like a million dollars.

The Crudest Boots: Mystic Ally summons two Mystic Allies that fight by your side.
Tasker and Theo: Increase the attack speed of your pets by [40-50]%.

At first glance, Monk doesn’t seem like a class with a pet option. Luckily, the beings summoned by the Mystic Ally ability are counted. This is a particularly strong Cube loadout for players running the Inna’s set, which gives more power to the Mystic Allies at the two- and six-item levels. Putting levels into the Enforcer legendary gem will offer maximum impact. With the full Inna’s and Cube build, you’ll have a posse of shimmering celestial buddies surrounding you at all times. Beautiful and brutal. 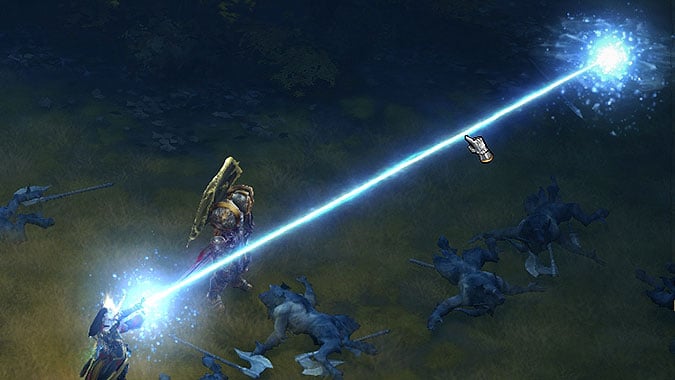 For many players, this item’s flexibility makes it a to-go early addition to your Cube. But I’ve found that even as I accumulate full sets and tackle higher Torment levels, it’s still in heavy use across my characters. I like that it can combo with so many other loadouts, and it’s hard to argue with the stats.

Demon Hunters in particular have a lot of flexibility with the Mantle, since it buffs two of their skills and the class has several weapons with additional damage increases to those same skills. Equip the Buriza-Do Kyanon or the Wojahnni Assaulter into the Cube’s weapon slot if you favor Rapid Fire, while either K’mar Tenclip or Valla’s Bequest will boost Strafe.

I’m also a big fan of this approach with my Witch Doctor, and I pair it with the Staff of Chiroptera to get even more bat damage. When I play my pet build with this setup, in some fights I can simply hang out and spray Firebats like a sprinkler while my minions do all the real work.

Whatever class you’re playing, if you use the Mantle of Channeling in your Cube, consider including the Taeguk legendary gem in your late-game build for added synergy.

Charm offensive for any class

Overwhelming Desire: Chance of hit to charm the enemy. While charmed, the enemy takes 35% increased damage.
The Tormentor: Chance to charm enemies when you hit them.

Charm is all about the crowd control, and the effect offers an alternative where you can keep foes off your back rather than making heavy investments in armor or healing. Equip gear to boost your attack speed and you can get a pretty high ratio of enemies charmed with this Kanai’s Cube build. Extra bonus points if you bring along the Enchantress, who can start directly charming foes at level 15. The icon showing that an enemy has been charmed is a small blue swirl over their heads that makes them look dizzy, which cracks me up.

Conveniently, this approach leaves the armor slot of the Cube open, which means you could pair it with the Mantle of Channeling.

Do you have a favorite combination we missed? We’re always open to trying new builds that offer ways to explode our enemies in the flashiest way possible!

Blizzard Watch is made possible by people like you.
Please consider supporting our Patreon!
Filed Under: Diablo 3 Builds, Diablo 3 Legendaries, Diablo-3, Kanais-cube
Advertisement