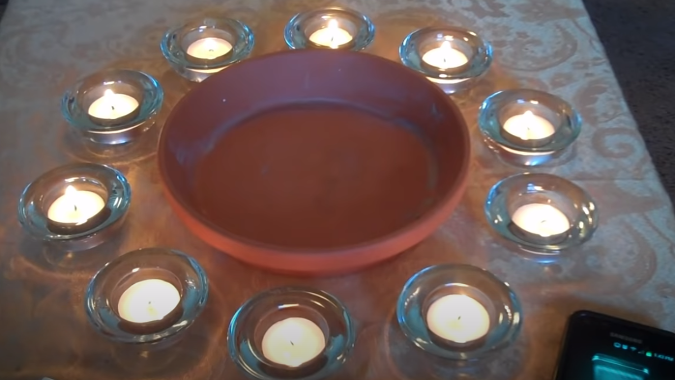 I’m not entirely convinced that Ten Candles is horror, exactly. This isn’t me denigrating it, far from it. It’s just that the experience the game provides, a one shot role playing game where all the characters die by the end, isn’t one that can be survived or overcome, which is a key element in conventional games. The game’s makers describe it as tragic horror, and I suppose that works, but one could also call it manifest existentialism — the message of Ten Candles is that ultimately, everything ends. It’s a smaller experience in some ways — there will be no Ten Candles campaigns, you’re not going to roll a badass character and kill all the things, loot isn’t really the point. But you can tell some fairly astonishing stories with the system, a deliberately rules-light experience that’s more about exploring the end.

Ten Candles is a zero-prep tabletop storytelling game designed for one-shot 2-4 hour sessions of tragic horror. It was released in December 2015 and is best played with one GM and 3-5 players. It is played by the light of ten tea light candles which provide atmosphere, act as a countdown timer for the game, and allow you to literally burn your character sheet away as you play. Ten Candles is described as a “tragic horror” game rather than survival horror for one main reason: in Ten Candles there are no survivors. In the final scene of the game, when only one candle remains, all of the characters will die. In this, Ten Candles is not a game about “winning” or beating the monsters. Instead, it is a game about what happens in the dark, and about those who try to survive within it. It is a game about being pushed to the brink of madness and despair, searching for hope in a hopeless world, and trying to do something meaningful with your final few hours left.

You can see why I called it manifest existentialism. It reminds me of No Exit although it’s very different, there’s that element of trying to escape the ultimately inescapable to it.

While Ten Candles is a distinctive game to play — here’s a good video summarizing how to get started playing it — it’s not particularly complex or demanding. The game’s main conceit is that you’re playing in some form of apocalyptic disaster — could be zombies, could be alien monsters, day of the Triffifds, a bleak environmental disaster or what have you — as a ragtag band of survivors trying to stay alive. One player takes the typical game master role while the other players play the survivors. The ‘ten candles’ of the game’s name are literally both a gameplay and a timekeeping mechanic, as they are the only light by which you’ll be able to see while you run the game and the game ends once all ten go out. You also need them to burn your character sheets — that’s why the video mentions a fireproof bowl or plate.

You could pretty much run any scenario you could think of with Ten Candles as long as it ends in the proscribed way — a Tolkienian fortress surrounded by monster hordes with no hope of rescue, a house in the woods as the dead rise, a family in the Victorian countryside stalked by a vampire and its minions. You could run a historical game where you’re a villager in a town being sacked and burned by a Roman invasion force, a Mongol army, some Vikings, or a future city being wiped out by invading AI robots. The main difference that makes Ten Candles so different from other RPG’s, even games like Kult or Call of Cthulhu, is the fact that from the beginning the players know they’re not going to make it — the game isn’t about victory over darkness, it’s about what we do in the meantime, how we try to survive and find hope in an ultimately hopeless endeavor. 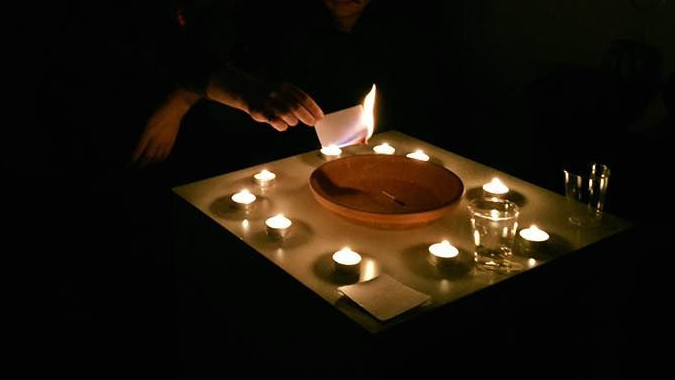 I’m going to be completely honest and admit that I’m not sure if I like this game.

Oh, it’s very good. It’s extremely well designed and its unique elements work well in setting up the kind of storytelling it’s aimed for, and the fact that you can start a game of Ten Candles and finish it in a few hours without any real prep time — with character creation and gameplay all happening pretty seamlessly — makes it very well suited to a Halloween game. But it also can be a bit emotionally draining. You may get some solid catharsis out of it, but you may also not really be in the headspace for a game where, ultimately, rocks fall and everyone dies.

Oh, yeah, you could totally do a game where rocks fall and everyone dies in Ten Candles. Like Deep Impact but serious, where everyone knows the asteroids are coming and there’s nothing that can be done, and all you can do is try and leave some lasting sign that we were here for some unknown future to find. That’s an idea for running a session, no doubt. It’s also a game where playing it virtually is a lot harder. We got around that by having the game master have the ten candles and the rest of us just kind of watching them on our screens, but in a pandemic world the parlor game aspect of Ten Candles can be hard to maintain.

I sincerely recommend giving Ten Candles at least one night of your life. It’s at once elegant and elegiac and existentialist, and right about now, it speaks to one of the core elements of being human — the way we keep going even in the fact of despair and doom. It’s a dark game and you won’t get out of it alive, but that’s life. I liken it to black coffee — I’m not always ready for the strong taste, but when I am, it’s amazingly satisfying.