The Shadowlands pre-expansion event, Death Rising, is now live, complete with a new World Boss: Nathanos Blightcaller. Killing Nathanos nets some nice rewards, with an ilevel 115 weapon (equivalent to Heroic Ny’alotha loot) for your spec, which will be a big upgrade for most of us. But Nathanos is a bit out of the way, located in Marris Stead up in the Eastern Plaguelands — which is pretty distant from Zuldazar and Kul Tiras. However, that’s okay. We have some suggestions on ways to get there as fast as you can, so you can give Nathanos that solid dirt nap he’s been needing for several expansions now.

I mean, okay, he’s just going to end up in the Shadowlands with Sylvanas, but still.

These are the fastest routes to go put your boot, hoof, or whatever you have up Nathanos’ decaying undead keister. 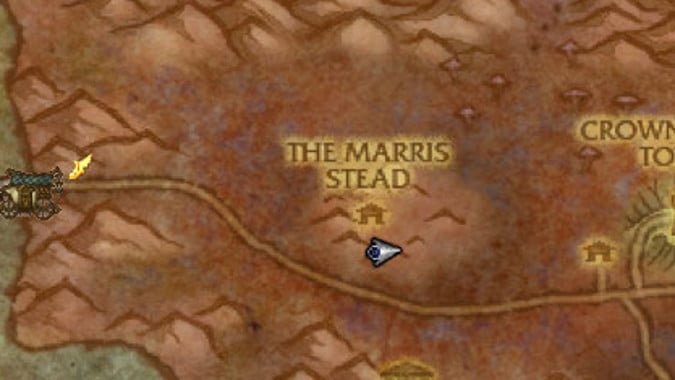 How to get to Eastern Plaguelands as Horde

If you’re a Horde player, the fastest route is probably to take the portal to Undercity that’s on top of the Zeppelin Tower in Orgrimmar that used to be the main path to fly there before the opening of Battle for Azeroth. From there, you can fly straight to the Marris Stead. Other potential options are to go to Silvermoon and fly south from there. If you’re using a Wyvern from a Flight Master, look for the Thondroril River flight point if you got it during leveling through Cataclysm content, as it is fairly close to the Marris Stead.

For avid pet battlers, the port given by Manapoof into Stratholme after you complete that Pet Battle Dungeon for the first time may be the quickest route of all. 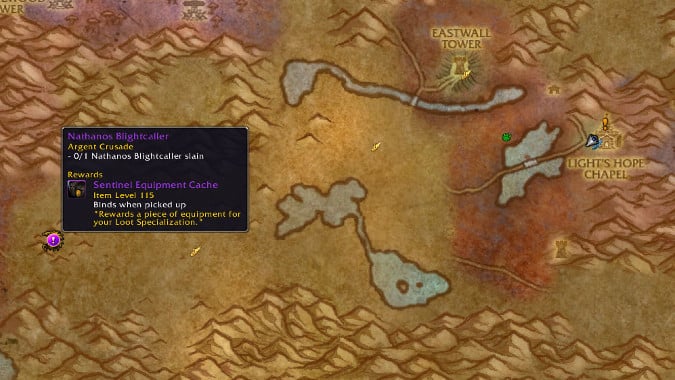 How to get to Eastern Plaguelands as Alliance

If you’re Alliance, you’re in for a bit longer of a trek. There’s no particularly close Alliance location. If your faction happens to have control of the Arathi Highlands at the moment, you can portal there from Boralus and fly north across the Hinterlands, either using a taxi Gryphon to Thondroril River or just taking your own mount from there. If not, you can portal to Ironforge and fly north in the same fashion. Another option is to take the portal from Stormwind to the Twilight Highlands — the flight path takes a weird detour through the Wetlands that makes it a bit lengthy, but if you’re starting from Stormwind it’s still a bit quicker than making your way through Ironforge. The fastest route really depends on where you start.

Alliance Paladins can of course use the same trick as Horde Paladins and go from Legion Dalaran to Light’s Hope Chapel. Unfortunately, Death Knights can’t just travel to Acherus anymore — or rather, they can, but Acherus moved to the Broken Shore in Legion so it won’t really help. If you’re a Mage — or can find a friendly one willing to make a portal for you — the Ancient Dalaran port is a good bet, provided you watch that first step. Alliance pet battlers also have the Manapoof option.

Still, if you’re interested in killing Nathanos Blightcaller — for that sweet ilevel 115 weapon drop or for even sweeter revenge — that’s how you get there.