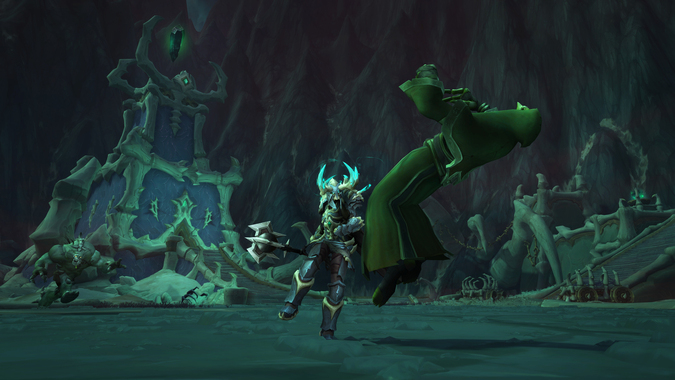 If you’ve tried in the first couple of days of Shadowlands to make a group in the group finder for one of the Elite quests only to be inexplicably out of phase with the rest of your group, we have good news! Blizzard put out a hotfix that will stop that from happening.

With a hotfix to the game that was applied a little while ago, we’ve removed a setting that was restricting players’ ability to consistently see and interact with others in their group in the four Shadowlands zones and the introductory Maw.

Now, as before in Battle for Azeroth, joining a group should bring you to the party leader’s perspective. Players who are in and out of War Mode will remain separate, as always.

I ran into this problem while trying to complete the capstone quest for the Theater of Pain in Maldraxxus. I may be a (nearly) invincible Bear Druid, but I wasn’t going to solo those giant bosses, so I went looking for a group. When none of the groups I joined up with could get in the same phase as each other, I wound up just moving on to do other quests in the area. I still haven’t gone back to finish it up. I imagine that I wasn’t the only person to put off a quest or two when they were phased separately from their party.

It is interesting that they’re going to be keeping the phasing for the max-level Maw content though. Since it’s so easy to get back into the Maw if you’re looking to go rare spawn hunting there with a party, it won’t be the biggest time investment to get into the same phase. Likely it’s been set up this way to try and prevent people from being able to abuse the premade finder — joining random groups trying to hop between shards to see if something they’re interested in is up.

Now I think it’s time for me to go see about becoming the champion of the Theater of Pain.