Diablo 4 will let you allocate your stats — but ultimately, will it matter? 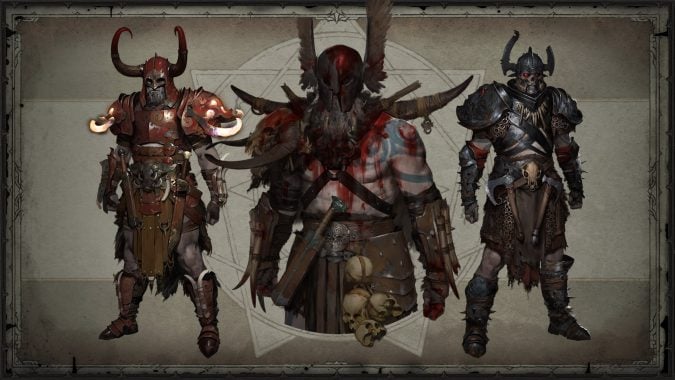 The December 2020 Quarterly Update for Diablo 4 — in general a very detailed update with a lot to chew on — went into a change that brings back some of the RPG elements of the franchise. Diablo 3 didn’t really let you allocate stats — if you played a Barbarian, you get the Barbarian stats as you level up. But Diablo 4 is going all in on stat allocation, according to Game Director Luis Barriga. 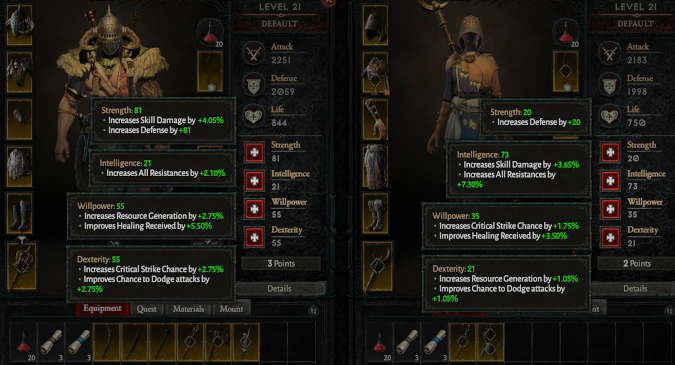 How Diablo 4 will make stats matter, or at least try to

As you level in Diablo 4 you’ll gain points to allocate in the four primary stats of the game — Strength, Intelligence, Dexterity, and Willpower — and these four stats aren’t as one-note as they’ve been in other games. Here’s the example Blizzard used and then we’ll go over why that matters.

Making a stat like Willpower affect Fury generation or Dexterity hasten mana recovery means that it’s harder to find a true dump stat — you can’t just safely write Willpower off on your Barb, although maybe you’ll be able to dump Int, as no benefit was listed for that stat. This means you’ll actually have to make some decisions — do I put most of my spare points into Willpower for more Fury, or Dex to get my Crit chance up? 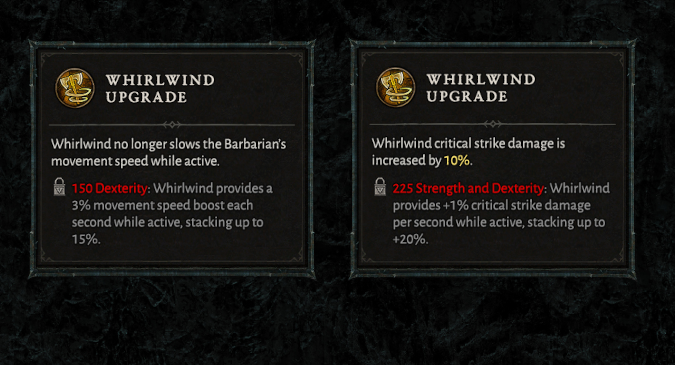 This is made more interesting by the way that your primary stats interact with skills on the Skill Tree. These skill nodes are essentially passive buffs to the skills in question — upgrades that passively increase a skill’s damage or otherwise change it. By making some of these nodes have stat breakpoints for extra bonus effects on those skills, like 150 Dexterity unlocking bonus movement speed while 225 Strength adds a stacking crit damage buff to the upgrade that buffs Whirlwind’s crit damage, you effectively make it possible to build a Dexterity or Strength Barbarian, one who goes more for Dex and movement or Strength and Crit Damage.

That’s just one example of how this change could work, but it’s still early to be too confident that it will work — in the past, Diablo games simply either didn’t have meaningful stat allocation choices or they didn’t even waste time with it. If they can make it really viable to work with your stat allocation instead of just stacking the big damage stat, whatever it ends up being, this could be an interesting departure for the Diablo franchise as a whole. Time will tell if we end up with Strength Druids and Int Druids with viable builds or if it all ends up a homogenous mass of ‘pick X stat for most damage’ like we’ve seen before.