What sorts of special, surprise merch are you hoping to see come out of BlizzCon? 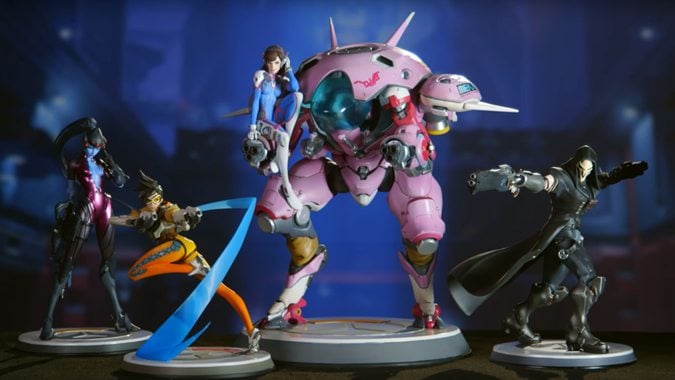 With Monday being the 30th anniversary of Blizzard Entertainment, they released info on some of the new merchandise that’ll be available for purchase during BlizzConline starting the 19th. The focus was mainly on 30th anniversary-branded merch, but there were a few other items revealed as well, including books available for pre-order and a super-cute purple Murloc plush. There was nothing at exciting as the recently revealed Helm of Domination — and of course nothing as enticing as the items in our BlizzardWatch 6th Anniversary swag sale — but many fans are going to like what they see.

I’m sure there’s more merchandise yet to be announced, including BlizzConline-branded items, but I once again have the sinking feeling that I’m not going to get any Dwarf products to throw my money at. I was so sure that with Magni’s prominent place in Battle for Azeroth that I’d finally get my dream of a Magni Funko Pop fulfilled (with a Diamond variant available for purchase at Hot Topic), or maybe a 1:6 statue of Moira Bronzebeard Thaurissan. Heck, at this point I’d settle for a fake Lego™ of a Dwarf — yes, I’m still bitter the Warcraft line of Mega Bloks was cancelled before we got a Dwarf mini-figure. I mean, would anyone really complain if they released a full line of collectibles centered around Rui Zhang’s 2018 BlizzCon Art Contest-winning Council of Three Hammers?

Dwarves aside, there’s always been a poor intersection of my interests and the merchandise that Blizzard puts out, although like every year I am hopeful that there will be something available to add to my collection. For example, there are some great Heroes of the Storm alternate skins that could use the capitalism treatment. What about you? What merch does Blizzard never seem to feature that you’d love to get your hands on? Perhaps a Warcraft or Hearthstone character that rarely gets love from the gear store. Or would you rather they focus on upcoming content and give Diablo 4 and Overwatch 2 some attention?