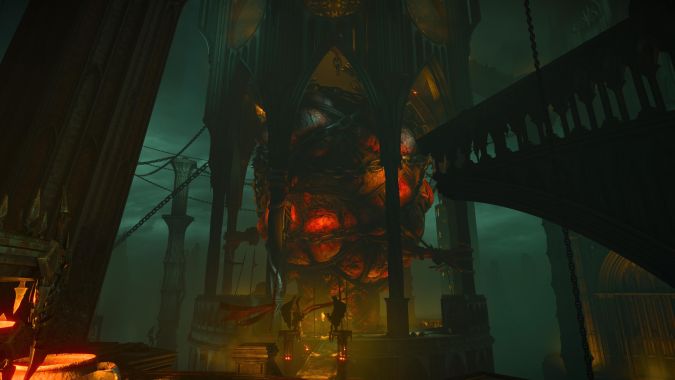 Some of you may be aware already, but I’ve been on a real Demon’s Souls kick lately. The remake is downright gorgeous, and it’s oddly easy to get hooked on, despite pretty much constantly dying. I’m sure it’s not for everyone, but it’s a very different type of game than I’m used to, and I like that.

Anyhow, this is Queue time. So let’s Queue it.

ROXXII THE BELOVED DID SCIENCE FOR US:

Q4TQ: If you cleared the raid in one difficulty will you still get the Anima off the bosses in other difficulties (i.e. normal, vs heroic, vs LFR).

I know you answered your own question, but for anyone else out there who may not be aware, you cannot loot Anima from the same boss on more than one difficulty. As soon as you get it from Shriekwing on LFR, for instance, Shriekwing on all other difficulties will no longer drop Anima for you.

DUTRIMI WANTS TO CHECK IN ON FOLLOWERS:

What sort of level are your followers on the command table?

Most of mine fall anywhere from about 24 to 29, with outliers on both sides. For instance, my max-level follower is 33 and my lowest is 19.

Q4tQ: now that we’ve seen the schedule, what’s your level of BlizzConline hype?

Because mine’s at a three at best. It seems like we’ll get the expected info – stuff about WoW and Diablo, a little bit of Hearthstone and Overwatch, and… that’s it. No room for any surprises, and a whole bunch of things that I’m personally not interested in. I’m not even sure if I’ll watch the opening ceremony – I might just read articles here to get the info and save myself the time.

Let me preface this by saying I’m still very excited for BlizzConline, and I know a lot of people have been working very hard to make it happen, so I’m grateful we have it to begin with. That said, I think maybe “Mini BlizzCon” might have set expectations better than “BlizzConline” — because, while it is an online-only BlizzCon, it still feels light on panel content compared to what we’d have in-person.

No matter what my excitement level for the rest of the con, though, I’m positive I’ll love every second of the Diablo Critical Role D&D game.

JAXDADDY ASKS ABOUT MY MAIN, SO I MUST GUSH:

QftQ: What is your favorite aspect of your main’s class? As a ret paladin, I do love the sound that hammer of wrath makes, and it gratifies me that, due to lag, my last throw seems to coincide with the demise of the boss/critter (if I’m alive, of course).

From the beginning of the game until now, it’s been a defining feature of the spec, and I love its current ability to pass on Shadowform to my mounts and pets. I don’t know, I just really love how a Priest in Shadowform feels so distinct from both the other Priest specs and other clothies.

Hmm. Not in the mood for Stardew tonight. Any good, chill out games people recommend?

It’s been a minute since I’ve played, but My Time at Portia has a similar vibe while managing to still be quite different. I think it’s available on a couple different platforms, though the Switch port was pretty choppy at launch. I think it’s been fixed, but just keep that in mind if you do decide to check it out!

(And if anyone’s played it or ends up playing it, please share thoughts!)

JAXDADDY CLOSES US OUT WITH ONE MORE:

Another QftQ: I’ve had a request for the initial setting of my next D&D campaign to be a Dwarven BBQ restaurant. Any thoughts on how to make that distinct from any WoW Dwarven inn?

Well, what kinds of Dwarves are these? I know there’s a pretty immediate mental image when someone talks about Dwarves in fantasy, but there’s nothing stopping you from making them, I dunno, Sea Dwarves who drink beer out of straw-like ocean flora and have air pockets for visitors and whose brewing process involves harnessing the electricity from an electric eel to give their beer an extra oomph.

…But I understand if you want to keep it a bit simpler. Point being, play with the setting/habitat and see where that takes your brain architecturally.

That’s our Queue, folks! I hope you all have a great Thursday and an even greater (Valentine’s) weekend!

Blizzard Watch is made possible by people like you.
Please consider supporting our Patreon!
Filed Under: Demon’s Souls
Advertisement