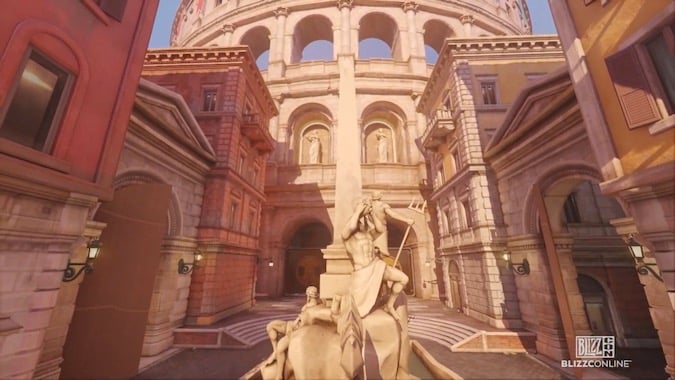 The physical world of Overwatch 2 is going to some new places. That’s one of the big takeaways from the BlizzConline panel, which kicked off with the announcement of new maps that will join the rotation for the team shooter’s sequel. The panel didn’t share which modes will be played on each of the maps, but both of them are looking pretty great so far. 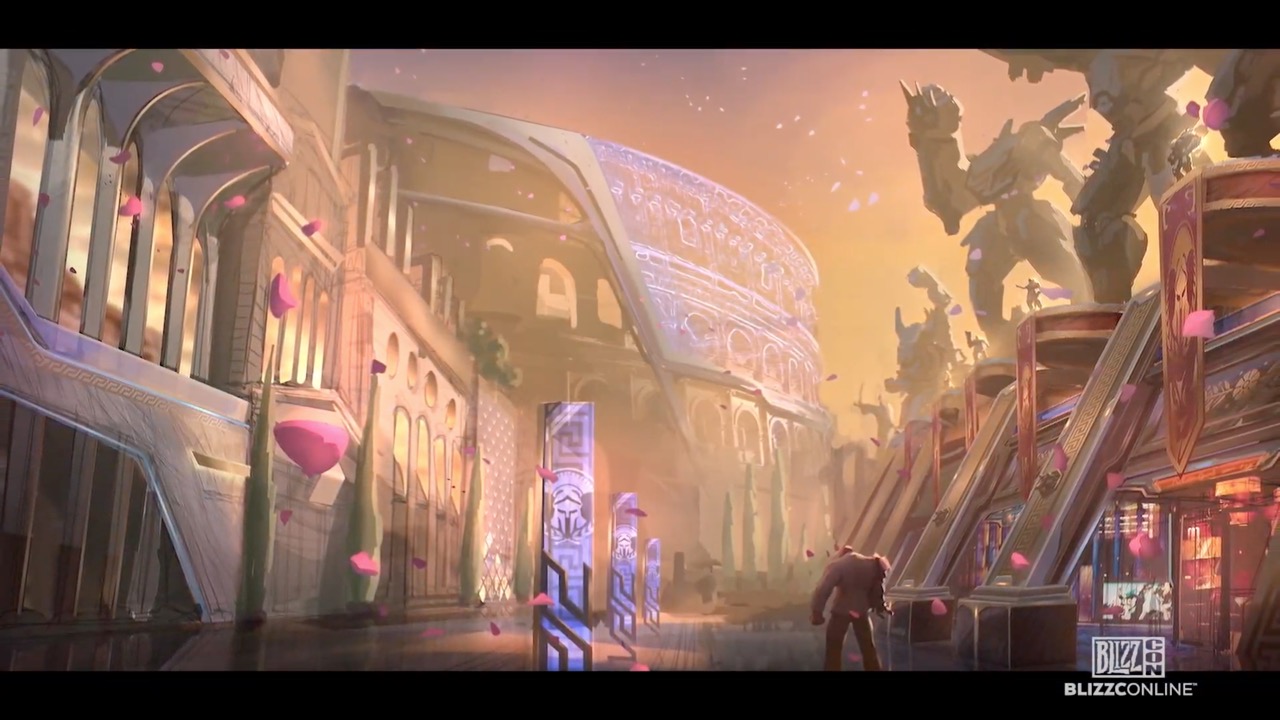 First up is Rome. The art team said they wanted to give the Italian capital a sense of romance. The concept art took a fascinating approach, with the idea that futuristic technology would be able to help restore and renovate some of the city’s iconic ruins from ancient eras. It looks like a really cool blend of old world architecture with modern, high-tech concepts, as you can see in the image above. 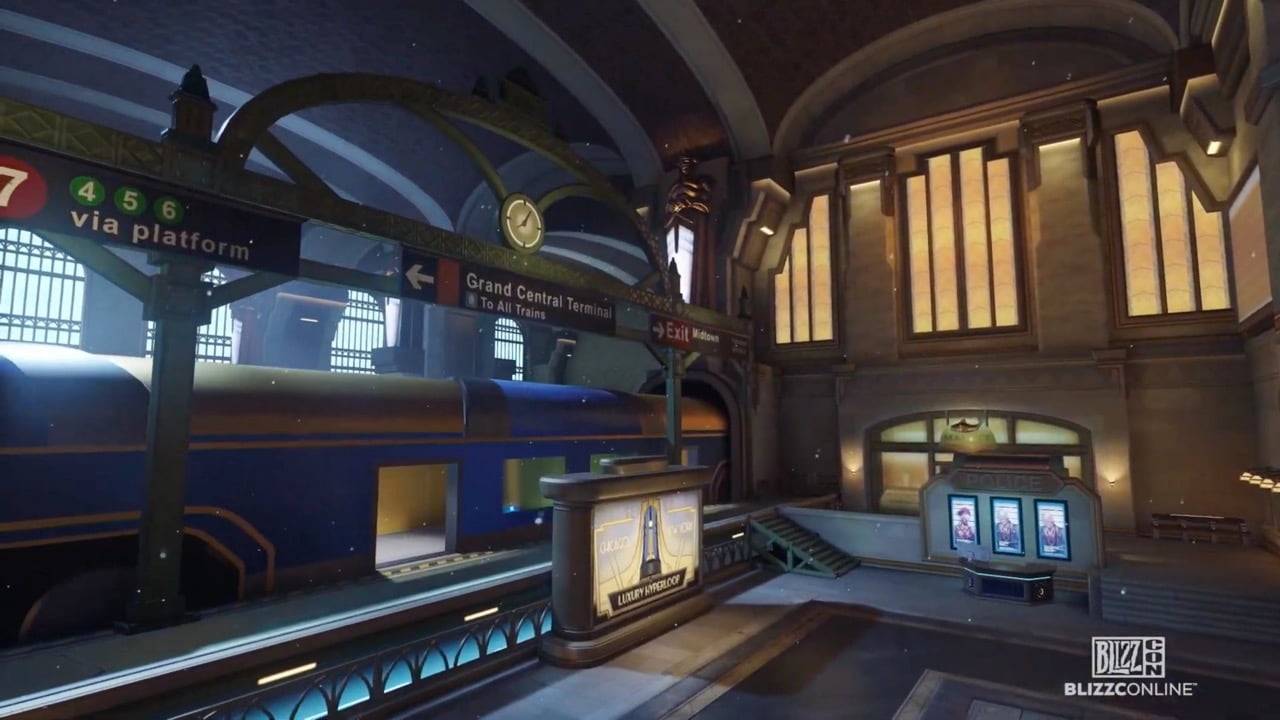 The second map is New York City. Despite the game’s future setting, the look of New York in-game has echoes of the 1920s and 1950s. Art deco style is just dripping from the buildings and the signage, and as with the shots of Rome, it’s a nice nod to some of the city’s history reimagined for Overwatch 2‘s futuristic setting. And yes of course there’s a pizza joint. Looks classy.

Both of the new maps show both sweeping vistas and the more on-the-ground views where players would spend most of their time. It looks like these are big enough to be for the six-on-six PVP modes, but I’d also expect sections of them to be repurposed for Overwatch 2′s sweeping plans for single player content. 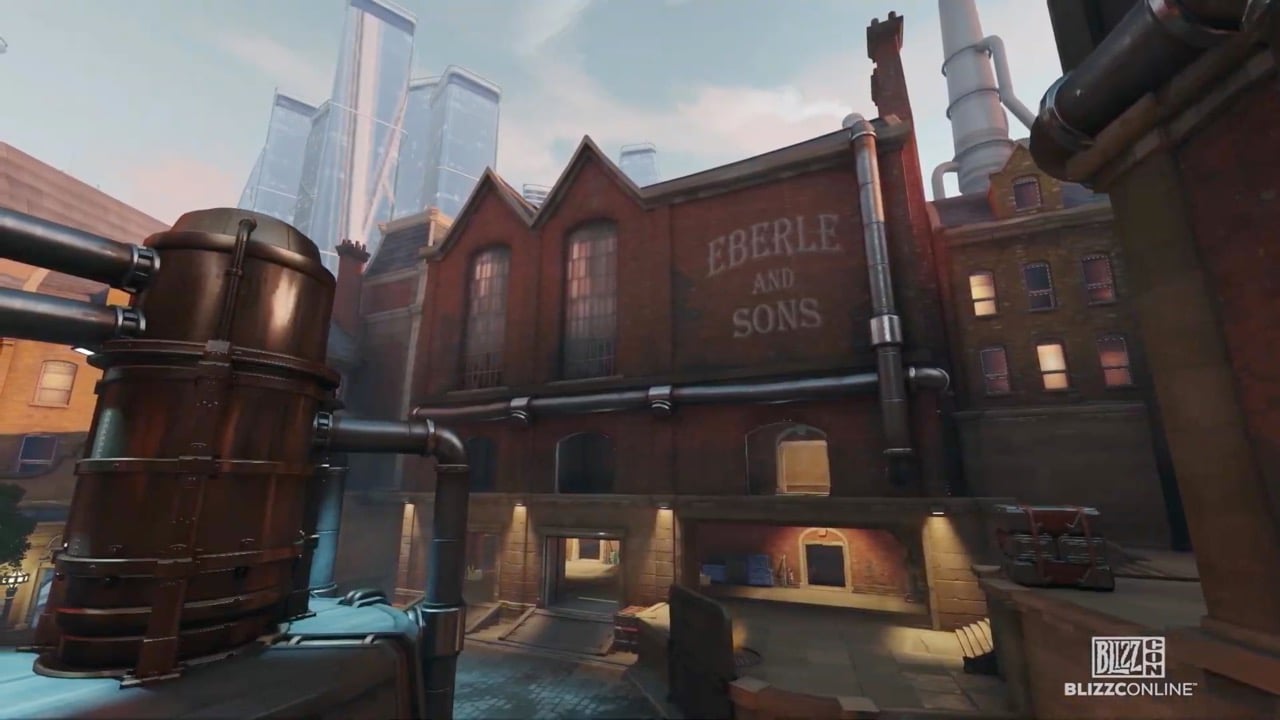 The team also said that they will be revisiting old maps for the sequel’s PVE experiences. For instance, they showcased a new section that can open up in King’s Row, revealing a factory setting behind a gate that’s normally closed. This industrial area was part of one of the hero missions to be played on that map. The panel also noted that payloads might take alternate paths to their destination with some of these newly envisioned classic maps as a way to keep the repeatable missions fresh and different.

Blizzard Watch is made possible by people like you.
Please consider supporting our Patreon!
Filed Under: Overwatch 2, Overwatch Maps
Advertisement