The Queue: Shiny rock on a stick 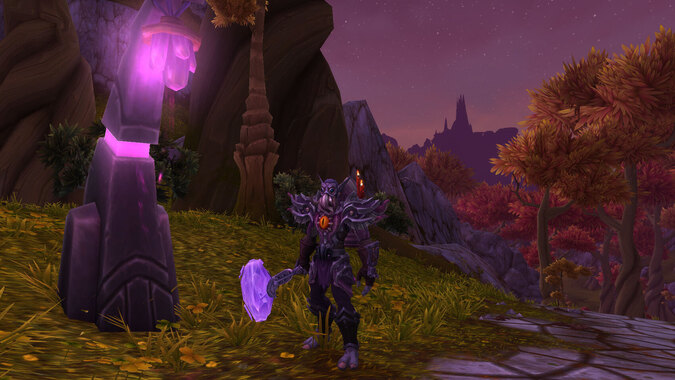 On a side note, it’s tough to build a purple and crystally themed set of leather armor in World of Warcraft. There’s plenty of purples, but very little crystal stuff out there. Kyrian’s have a set that would work, but then I’d have to go join up with them, and no way am I turning my back on my buddies in Revendreth.

While I keep searching my bags for the perfect gear, it’s time for — The Queue.

SILVERKEG JUST HIT THE WALL, THEY NEVER HAD IT ALL

I’m not taking sides in the rock hammer debate but it did get me thinking about Tmog. I recently got a BoE 2H axe, mostly silver with a green tint to the blade (don’t remember the name). I mailed it to my paladin to see if I could build a green armor set to Tmog with it. Also got a cape that looks like a yellow-ish fur with white trim around the edges & while I would try to put a Tmog set together for my priest I would not use this cape for a Death Knight.

Q4TQ: What is it that triggers your tendencies to Tmog? Is it always a weapon or can it be a major armor piece (chest, shoulders, head, etc.)? How much of a factor is the color?

Well, there’s the seven-day itch. Sometimes it’s really hard to go a week without changing my look. Unless I worked really hard to complete a look, then I’ll wear it until it falls off. Like my Druid of the Flame look, if you’ve been paying attention it’s in a lot of the screenshots I use for articles around here. I just really want to be a Druid of the Flame, alright?

But now that I’ve broken the seal and changed it up again I’m sure the changes will come fairly frequently. New mounts or pets can be an inspiration, or finally getting the last piece of gear to complete a set.

He said looking pointedly at the Stone Legion Generals.

Those jerks have been holding out on me for so long now, I just want to get my Castle Vain achievement — Is that so much to ask?!

So I’m sure that when those drop for me finally, I’ll swap from the corrupted purple hammer swinging ensemble I’ve put together here to go all-in on the Witch-Hunting Inquisitor look from Castle Nathria.

Color is a huge factor too. We’re a long way from the Burning Crusade — no way am I going back to the clown suit.

SAYORNIS WAS GONNA BE A STAR

Q4tQ: How would you feel if they brought back Attunement quests for raids? When was the last time that attunements were used anyways?

A part of me likes how there’s always a quest chain or something leading you to raids and such, but how do you think attunement quests would work to be able to go through the content? I don’t think I’d mind it as much as others might.

It’s one thing if you wanted to include a storyline outside of the raid for interested people to do on their own. It’s entirely different if it’s something that has to be done before you can walk in the front door. As soon as you put even the slightest barrier to entry in front of getting someone’s fresh character into the content you’re just asking for headaches.

Maybe your strategy for a fight has a very specific class need like a Death Knight for their ability to yoink enemies over to your tank and your main Death Knight is out for a night. It’s possible that someone in your raid might have a geared Death Knight alt that they’ve been playing in PVP or running Keystones with, but hasn’t ever raided — and thus never got attuned for the raid. Now even though they’re good to go and know what they’re doing you can’t bring them, and you lose a bunch of time trying to teach Rando Calrissian how you do the fight or your raid has to mix up the strategy on a boss that you’ve been doing for weeks now. Don’t make me go back to that!

We’re not actually that far removed from the last time there was an attunement either — remember Ashjra’kamas, Shroud of Resolve. You couldn’t fight N’zoth unless you’d done the whole quest chain and gotten yours. Doing it on one character wasn’t that bad, but ask some of the altaholics how they felt about it after chasing Magni all around the world seventeen times.

Anybody else have a love/hate relationship with socks?

Pro: keeps your feet cozy and warm for a while.
Con: my feet itches like crazy if I have them on longer than 1/2 a day or thereabouts.

I much prefer being barefoot if I can swing it. Socks are the devil’s work, and that I have to wear them as often as I do is the worst! Until it’s deep in the winter months then it’s all thick cozy socks all the time. That’s when I kick myself for all those Christmasses that I wasted by not asking for socks. But as soon as the ground thaws I’m right back to sandals as soon as possible.

ON THE RADIO WAS SPRINGSTEEN, MADONNA, WAY BEFORE MUSEDMOOSE

Q4tC: Blizzard did a joke announcement of a fighting game for April Fool’s a few years back, but it was full of dead characters. Who would you want to see in an actual Blizzard fighting game (alive or dead or otherwise)?

Oh, you mean Fighters of the Storm, the hit arcade fighting game in Overwatch! 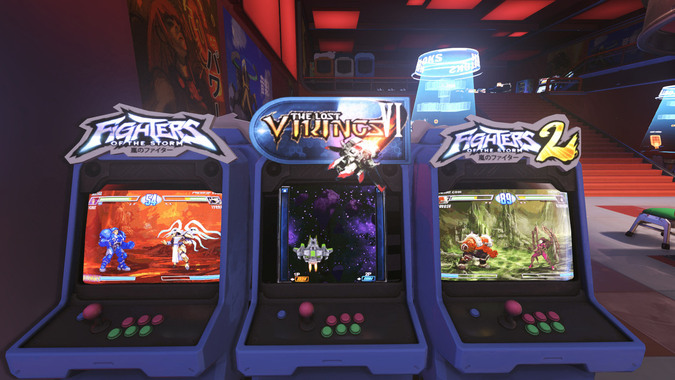 Well, I really like Hogger since he was added to Heroes of the Storm. Nothing invigorates my love for a character like them showing up in the Nexus. Toss him in there against someone like Maiev and watch the sparks fly! Deathwing also needs to make an appearance. He could start off in his Human form, and then for ultimate abilities transform into a dragon and fill the screen with molten flames.

If we ever did get a Fighters of the Storm for real, I hope they keep this art style that’s similar to Marvel vs. Capcom — I really love it. The realistic look is fine for Soul Calibre and Mortal Kombat but it doesn’t really fit into the Blizzard universes the same way in my opinion.

ARTHONOS IS STILL PREOCCUPIED WITH 1985

Q4tQ: What is your opinion on cliffhanger endings? When I was younger I didn’t mind them, provided the story at least reached a conclusion to one of its major story arcs, but these days I’m more in the “I have to wait to find out the true ending?! But we could all be dead tomorrow!!” camp

I don’t mind them. Sure, we know that at the end of the day all of the heroes will likely survive — unless the actor who played them wanted more money between seasons. While they’re toiling away though, the rest of us can speculate wildly about how they’ll get out of the jam this time!

I like them less when the show gets canceled after a major cliffhanger. Especially when they’re operating under the assumption that they’ll get more seasons because they’d already been renewed. That just feels super unsatisfying — looking at you Kim’s Convenience, On Becoming a God in Central Florida, and GLOW.

Have a great week everyone! Don’t forget the most important thing about cliffhangers