The Queue: Did someone say snow? 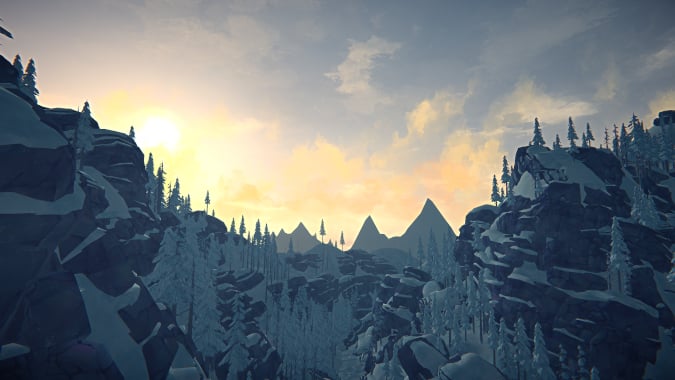 Can’t relate. Unless it’s in video games, of course.

This is The Queue, where you ask us questions and we take a minute to answer before we go take a nap in the hammock.

2PetsEnter: a dog with a snake head VS a snake with a dog head

This is so horrifying I’m debating banning you.

Q4TQ: Gamer life edition: As I continue to prep for my wife to move in with me, I realized my wife does not particularly like the constant sounds of my desktop and my iPad watching streams. We have limited space in my one bedroom apartment, what tips and tricks do you have for reducing the amount of noise I make?

Bluetooth headphones. Not only do they help with the noise for the other people you live with, it’s a far better listening situation than ipad or phone speakers.

However, some amount of noise is to be expected when you live with another person. While repetitive video game sounds — particularly gunfire and voice lines — can get very irritating if you’re not playing, be wary of trying to walk on eggshells too much. Being considerate of your partner is a great thing, but too much consideration can leave you feeling stifled, even if you’re the one who’s doing the considering of your own volition.

I don’t like to listen to them. Their music just doesn’t gel with me, for some reason that I really can’t explain.

But I fully recognize and acknowledge that they are a very good band that made very good music. It just didn’t connect with me, even though I see no reason why it didn’t.

Q4TQ: do you have that with something? Could be a band, or a game, or a show, etc. You know that thing is good, you can’t see any flaws in it, you can totally understand how people appreciate it… but it just doesn’t work for you, for some reason.

A whole lot of fantasy fiction. From Dragonlance to Game of Thrones, I can appreciate it and understand why other people like it, but it just isn’t my favorite.

There are a few outliers, of course. The way Patrick Rothfuss weaves his prose in particular is very thick with imagery in a way that really piques my interest. “The cut-flower sound of a man waiting to die,” as one of the opening lines of The Kingkiller Chronicles is such a great metaphor, and at the same time it’s describing the lack of something, a life cut short and suspended for someone else’s fancy… and yet I find myself not all that interested in the actual plot or characters in that book. I would still read it again for the words, though, which I realize makes me kind of a weirdo.

Of course, my personal favorite genre is gothic fiction, which has its own supply of boring, issue-laden tropes. There’s just something charming about reading a ghost story during a rainstorm in summer, but you have to be comfortable with a very Victorian set of morals, where frequently someone will up and die of the vapors because they were slatternly or whatever. Though, to be fair, that’s not all that different from modern horror films.

Also, late 80s/early 90s metal, which is a real detriment when I accidentally visit the Darkmoon Faire at the top of the hour.

Cory has just overtaken Liz as my favorite Watcher.

How would you feel if WoW got rid of the multiple currencies, or at least pared them WAY down, and let players just buy what they want? For example, I’ve seen some PvP armor sets that I like but I don’t play PvP so I can’t get them. Why would a PvP’er care if I bought the set by running world quests? They’d never see me as an opponent but they’d be happy if they did because I stink at PvP & am an easy kill (I just can’t get the hang of it).

The thing is, the purpose of a currency in abstract is to guide you into interacting with varied features. I understand why Soul Ash and Grateful Offerings are both a thing — one is intended to guide you toward doing Torghast, the other is to guide you toward interacting with your Covenant. But in practice, both just feel like yet another hurdle to overcome, especially since in order to spend many of these things you also need Anima or a different supplementary currency (or rep/Renown, which functions like a currency in terms of accumulation, but mercifully doesn’t “spend”).

However, while I feel like Shadowlands is a bit out of control, I definitely feel like there are some things which really need their own geegaws. PVP is one of those — though honestly, PVP has what I’d consider the best currency system in Shadowlands. You can earn Honor for some decent rewards just by participating, and you can also collect Conquest by being good at it or completing weeklies. The rub is, there’s still a whole calculus on the side where you need to reach certain ranks in PVP or Renown levels to be able to purchase items of a certain ilvl. And I do think that a big part of the purpose of currency should remain intact for PVP in particular — earning it isn’t odious per se, but you may be guided to do something which may be outside your personal norm.

In other words, I understand why they designed it this way, with a different currency for each feature and a few overarching ones at the core of the expansion. I can see the intent behind it, and it all has very solid reasoning. I just don’t like it.