We played a special Mass Effect TTRPG session, and things got hectic 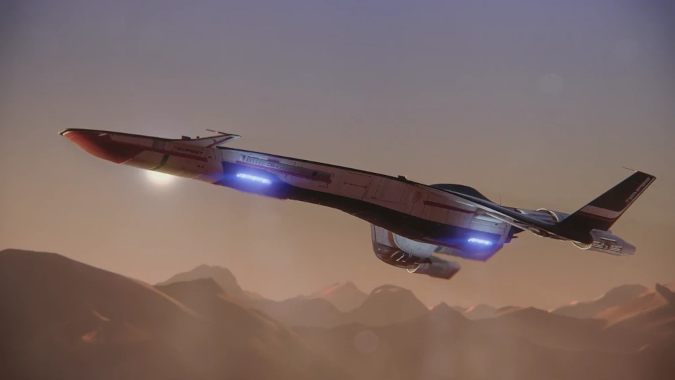 It was a fun (if slightly bonkers) time playing a homemade Mass Effect-themed TTRPG with Blizzard Watch’s usual tabletop gaming crew. They rolled up an odd cast of characters who were members of the Citadel Defense force:

If that sounds like a fun time, you can listen to the session in podcast form — with the warning that this spoils some minor story elements of the Mass Effect trilogy (and you’ll appreciate the references a bit more if you’ve played).

But if you don’t want to listen, we have a recap for you.

Our adventure started on the Citadel, as C0uncilor Anderson had one last task as a member of the Council before he stepped down to return Earth: to find out what was going on with a strange disturbance on the Batarian homeworld of Khar’shan. The Batarians withdrew from the Citadel decades earlier, angered by Human expansion into the Terminus Systems — now, Citadel spies had detected a massive power irregularity on the planet, which had caused significant disruptions to the world’s information networks. Suspecting a possible new superweapon, Anderson needed answers and he turned to our group of Citadel Defense Force operatives to get those answers.

The team caught a ride on an experimental stealth ship, a Tempest class named Wayfinder that was developed for civilian use but co-opted by the Alliance for use on sensitive missions as a potential replacement for the Normandy class. Major Kirrahe, the Salarian STG officer assigned to the mission, explains that there’s a tight window for extraction — once the team activates their pickup beacons, they will be biotically lifted to the craft, but they’ll have to be on the surface so that the Wayfinder can make an overfly. Otherwise, they’ll be stranded on Khar’shan.

The Wayfinder leaves the team on the outskirts of a swampy jungle to fly to the other side of Khar’shan and drop combat mechs on a Batarian Slave Union facility. It’s both as a distraction from to help the team sneak in and a way to stick it to Batarian slave traders. The team heads into a  secret Batarian facility only to discover it is under attack from literally thousands of strangely altered Batarians, who are desiccated husks of their former selves. Three Batarian soldiers were attempting to stem the tide of attackers, who the team realized were coming from inside the facility.

The team stopped the attack, but the Batarians took their own lives with poisonous Manganese capsules — toxic to Batarians — rather than talk. Left with no one to interrogate and a sneaking suspicion about what they’ll find inside, the team pushes into the facility, discovering a huge excavation and a strange pulsating object emitting a massive amount of electromagnetic radiation. Attempting to move the object so they can take the lift down, they seemingly activate it, and it floats away down into the depths of the excavation. The team follows, prepared for anything… except what they find, which is a massive creature, a black carapace over huge tendrils and cables that is drawing on Khar’shan’s power grid to seemingly return to life.

Discovering a multi-megaton yield explosive device in the chamber, they choose to arm it and make for the surface. Rin’Dalla saves them from a runaway elevator by hacking its controls, and a combination of Elcor strength and biotic powers clears the way through yet more Batarian Husks as the bomb detonates below ground. The team is airlifted by the Wayfinder, but as they leave Khar’shan they see the creature from the excavation rip its way out of the ground, seemingly unharmed by the explosion… and in the space above the planet, more of the creatures are descending. As Pexron says, Khar’shan is home to billions of Batarians — who will now become billions of Husks in the service of these invading creatures, the Reapers of legend.

So yeah, that was our game, in which the players were very cool and did fun things, and I managed a kind of spooky horror adventure which I hope everyone enjoys. You can listen to the podcast here, and if there’s enough interest maybe I’ll try and get these guys to revisit these characters — and the coming Reaper invasion — in another session.

Blizzard Watch is made possible by people like you.
Please consider supporting our Patreon!
Filed Under: Blizzard Watch Plays, Mass Effect
Advertisement