The Queue: Queue’s out forever 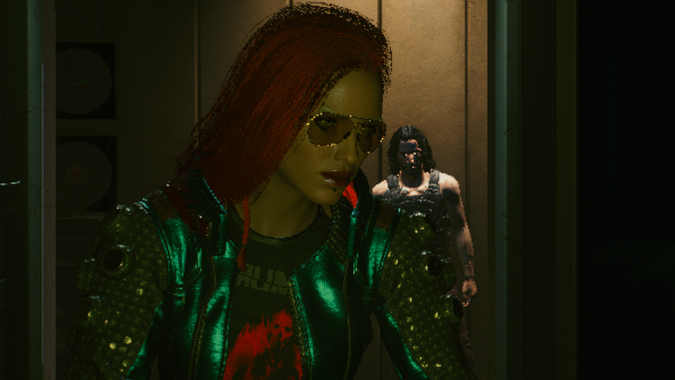 I am seriously starting to worry that I will be playing Cyberpunk 2077 for the rest of my life. It’s getting to AC Odyssey levels of investment, and that game nearly destroyed me. I need help. There isn’t even any DLC out for this thing yet! The sheer amount of side quests in this puts Fallout New Vegas to shame. Heck, it probably has more side quests than FNV, Fallout 3, and maybe even Fallout 4 combined.

Q4tQ: Anyone else starting to forget 9.1 is even a thing? After the first wave of PTR info hit I feel like most of my interest has evaporated. I’m trying to figure out if it is because we still don’t have a release date, or if my “I’ve finished all the 9.0 content” break has been too long.

I’m very cognizant of it, but that’s not really all that surprising. I would have to be, really.

In the name of complete honesty, I’m really really hoping it’s out sooner than later because man, I’m so done with 9.0.

humans as awesome or terrifying to aliens because of the quirks of our biology that we take for granted is interesting. Makes a change from Humans being amongst the weakest species in the universe.

Oxygen is one of the most corrosive elements in the universe.

Water is one of the most powerful solvents in the universe.

We’re mostly made of it.

I’m telling you, aliens avoid Earth because everything that lives here is an utter nightmare, our biology is full of strange acids and fluids. We can store and excrete acid from our skin, even.

I have a hard time with this question because to me, there’s a big difference between quality and enjoyment. I can love a game even if I don’t think it’s particularly groundbreaking or original — I thought Battle Chasers: Nightwar was a ton of fun, but it’s a bit of a JRPG clone and it doesn’t do anything truly extraordinary. I played and enjoyed Mass Effect Andromeda and honestly don’t get the hate for it — the combat system was amazingly good, playing a Vanguard-style biotic was absolutely wonderful, and I flew around space making settlements and blowing up Kett, what was the game supposed to be? I really liked how everyone Ryder helped came to help her at the end, too.

I’ve just gotten comfortable with the fact that I have my own tastes and they’re not always shared by others. I loved Greedfall, and not many people seem to have played that. I absolutely loved AC Odyssey and I see a lot of hate for that game online, which just utterly baffles me. I also thought Valhalla was really good, but there seems to be a fair amount of anger at that game as well, and Cyberpunk 2077 had some serious bugs when it launched but I’m absolutely playing the heck out of it. Meanwhile, I’ve never really liked Skyrim and I thought Fallout 4 was more fun than Fallout 3 or Fallout New Vegas.

I mean, I’m the guy who loved Dragon Age 2 the most of any DA game. So I have a hard time saying I own a game I’d call the “worst”, but my Xbox came with Ryse: Son of Rome and that game craps so hard on history that it has Boudica attack Rome with war elephants. So I guess that would be my pick for “worst” game.

Q4tQ: How do people feel about what The Squish™ has done to professions? I think it’s kind of a bummer. If you’re a new player and you’re levelling in BfA content, you can’t even make your own healing potions through alchemy because they don’t scale to your level. Would attempting to address this be too much work for the devs? So much stuff in the game already scales, I don’t get why crafted items (and vendor food!) present a greater challenge.

Honestly, professions have become such a mess over the last few expansions, I’m not even sure it’s the big squish’s fault at this point. It feels like nobody wants to do the really arduous work of sitting down and disentangling professions like Alchemy, figuring out how to make the items it creates useful from 1 to 60. Why can’t we just have a Healing Potion, instead of constantly ascending new potions in each expansion? Let there be multiple recipes that create the same Healing Potion, or Flask, or what have you — all of these consumables should grant a percentage based buff or heal so that they’re just as strong at 60 as they were at 40 or 20.

That’s how I feel about it, anyway. My Shaman’s an Alchemist and I have no idea what I’m even doing with it anymore.

Okay, that’s the Queue for today. I’m gonna go be annoyed with alchemy for a while.

Blizzard Watch is made possible by people like you.
Please consider supporting our Patreon!
Filed Under: No More Teacher’s Dirty Looks
Advertisement