The Queue: Just another lovely day in Hell! 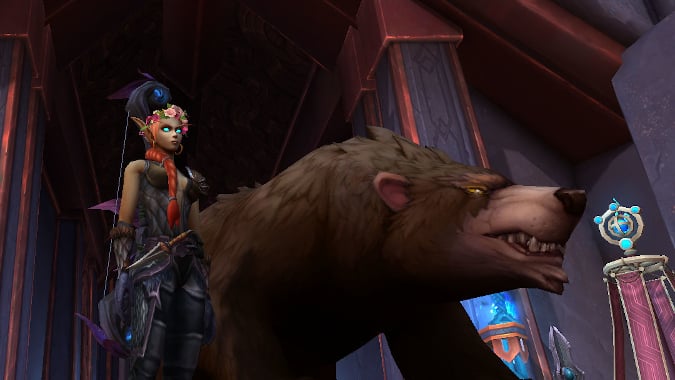 Hey y’all, it’s time to wake up in hell and probably get ready to fight about video games again, which is its own discrete, but no less tormenting, version of hell.

This is The Queue, where you ask us questions but you may not like our answers.

So, tell me about the best things where you’re at.

There are a couple really cool things about the Atlanta area. One is, oddly enough, the amount of natural stuff around. The parks system in each of the surrounding counties is really robust, and the sprawl of the suburbs is incredibly massive, so you’re never far from cool, unique hiking trails and other opportunities to literally touch grass. One of my personal favorites is the Beltline trail, which connects to several other suburban trails if you really want a long hike or bike ride, and is accessible from the Krog Street Tunnel, which is one of the city’s best landmarks.

Also, another unique-but-weird thing is that barbeque, really good authentic barbeque, is so ubiquitous you can literally go to gas stations that have attached smokehouses and come away with a rack of ribs. I’m not generally into that kind of thing but given the usual quote-unquote gas station food, it’s pretty cool.

Better question:
Should I buy it for PS4 or PC?

The Legendary Edition provides two distinct benefits. First, it bundles all the games and DLC into one at a lower overall sticker price, with far less hassle. Legendary Edition is $59.99, while the Digital Deluxe version of all three separate games are still $29.99 each. However, given sales, you could definitely pick up each game separately for much cheaper — if you’re very patient.

The other big benefit is that a lot of classic bugs have been ironed out for the Legendary Edition, apparently. No game is free of bugs of course, but the impression I get is that the original game, especially the first incarnation, is very much improved on this point.

I tend to favor PC because I have two monitors and that way I can watch YouTube videos on my second screen, but that kind of wrecks your immersion.

QftQ: What is the best place to get fireworks since I missed the extravaganza yesterday.

Depending on where you live, probably a neighboring state. I know as soon as I cross the border from Georgia into South Carolina there’s an enormous warehouse full of them, and some pretty decent artillery available at farm stands and such throughout the summer.

However, because I live in Georgia, you can get some of the crummy bottle rockets and such at WalMart.

So what happened to Anduin’s bodyguard?

I get the whole angle of him having to lead the Night Elves, and how he has to recover after getting completely wrecked by Saurfang during the Darkshore expository questing experience. However, given how freely we’re allowed to use Mograine’s portals, I’d think he’d have some kind of cameo to get an update from Shandris on Tyrande, try to talk her down himself, or, you know, apologize to Ysera for being a selfish vengeance-crazed [PG-13 Barrier].

Anyway, Anduin got yoinked into the sky while chillin with Genn, and that was the last his bodyguards saw of him, as far as I know. We never really got him back from The Maw, he just stabbed the Arbiter and kept it rolling.

did my dailies, while also killing a few rares and getting a few treasures.

what’s the most effective way to knock those final 21%, now that I’ve run out of dailies?

If you’re hellbent on doing them today, it seems like the “best” way to go about it is to hunt rares and treasures, but there’s a reason it’s a weekly quest and not a daily one. What did the Pandaren used to say? Something about traveling, I think?

Q4TQ: Now that my main is a Night Fae, what is the best soulshape for a goblin shaman that is mainly elemental and sometimes resto?

Goblins are kind of tough, since they don’t really tend to revel in nature per se. They like the beach, and usually when we see Goblins they’re somewhere sandy, if they’re not employed by somebody else to dig up gems and ore.

My first choice would be the Gulper Soul, which is closest to the Goblin-y beach vibe. It edges out the Snapper Soul, because being slow isn’t really Goblin-y. Unfortunately, both are found via the Queen’s Conservatory, so good heckin luck.

A runner up might be the Raptor Soul, which is a drop off Mueh’zala, so it’s much easier to obtain. After all, a Raptor is just a few million years removed from an oil deposit! The Lupine Soul might work if she’s bought into the Horde stuff, but that comes from the Anima Conductor demi-faction Court of Night. Less RNG-prone than the Gulper, but potentially more of a grind due to the RNG of it all.

New in 9.1, the Saurolisk or Hyena may be good choices as well.