What is a “Heroic split” and why are Mythic raiders running them? 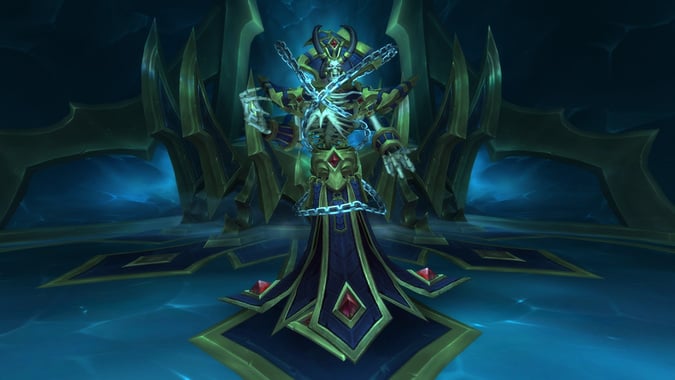 If you’re watching the Race to World First for Mythic Sanctum of Domination, or you read the forums, or a person wanders past you muttering under their breath about having to do six H Sanctum splits this week, you may be wondering what, exactly, said mumbling person was talking about. Well, they’re talking about Heroic Splits, a concept older than a Heroic raiding difficulty in World of Warcraft even is. Going all the way back to when guilds in vanilla WoW would either run Onyxia with two groups of 20 players instead of the usual 40 or even run Onyxia multiple times on mains mixed with alts to ensure they ended up with as many Onyxia Scale Cloaks as possible, split raiding at its heart is all about getting as much gear funneled to your raid as possible while trying to push progression.

Various guilds do splits today in various ways for various reasons, but it’s generally safe to say they usually approach it with an eye towards making sure the characters they will be raiding Mythic with get gear. Since personal loot exists, there are often complicated spreadsheets to ensure that there are characters in the raid with a chance at the drop the main roster needs. So if you have a DK tank, you’ll want to bring plenty of plate classes so that if the loot gods drop the plate chest your DK tank needs for one of them, they can then pass it to the character who will be on their Mythic attempts.

It’s gotten more complicated in recent years, because Master Loot is gone and players can’t trade loot if they don’t already have items of equal ilevel — but it’s still essentially the same basic idea that had guilds running Trial of the Crusader eight or more times a week, hitting 10 man Normal and Heroic, then 25 man Normal and Heroic, before switching to alts to do it all again. Only with more math because you have to make sure your raid comp maximizes the chances for your mains to get the gear they want/need to push Mythic as fast as they can, because it’s a competitive field full of guilds trying to push this content without the benefits of weeks of clearing Heroic SoD.

Some guilds like Limit even have elaborate multi-level raids and a system for pushing the feeder belt to ensure they have as much gear as they can possibly get for their mains. Limit called this the “LimitLackey” system when they claimed the Mythic World First N’Zoth kill at the end of Battle for Azeroth, doing multiple split raids with people who weren’t even in the guild but could pass gear to raiders. Since Shadowlands doesn’t allow for coin rolls on gear, a system Method exploited back in 2019 to ensure they could pass weapons even with the restriction that doesn’t allow you to trade an item if you don’t have anything better, these systems have only gotten more complex.

So basically, what’s happening in Heroic Splits isn’t complicated in theory. When we see World First raiders running Heroic Sanctum of Domination multiple times with alts, PUG members, and even groups of community members, they’re working to ensure that the characters who will be pushing for World First Sylvanas are as well-geared as possible as quickly as possible. In the race to World First, these guilds don’t have the time to just clear Heroic SoD for a few months before moving to Mythic, so they try to eke every bit of gear out of raids during the World First race.

It’s part and parcel of the same process that leads to massive gold spending on bind on equip epics at the AH, huge crafting pushes, and so on. But because there’s no longer anything like Master Looter and all loot is Personal Loot now, these splits have to be carefully engineered to ensure that there are people who can actually get the drops you want to funnel to your mains.

Is it fun? Nope. But it’s what has to be done to win, at least as the system currently stands.