How to run a successful (and fun!) transmog contest for your guild 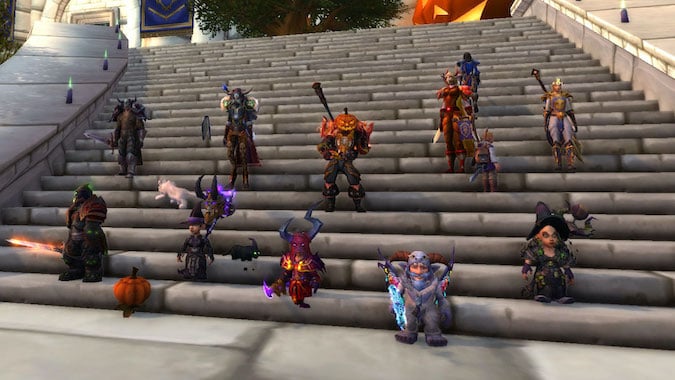 An officer suggested we run a guild transmog contest when he discovered how much he enjoyed changing his looks — maybe others would, too. We could have a contest around monthly themes. At the end of October, my guild will begin year six of a monthly transmog contest.

It started out as the “Terrible Transmog Contest” with an eye toward making the most mismatched look you could and stay within the theme. It has since morphed into a contest where a unified look is usually what wins — unless the theme dictates something else. We give a monetary prize to first, second, and third place and everyone who participates gets a cash award.

Let me tell you how we’ve successfully run this contest for the past six years. 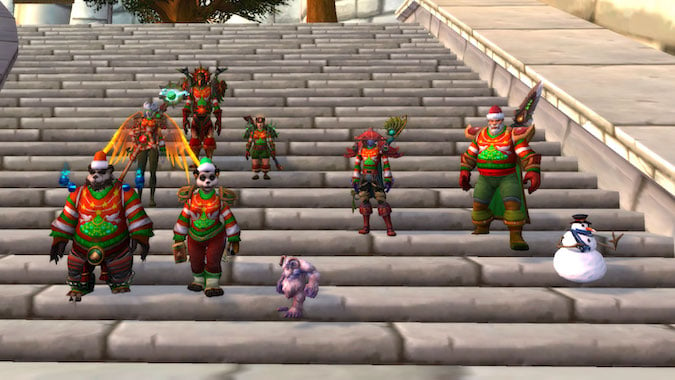 Every month has a theme. As guild leader, I pick themes in advance, although I will change them if something comes up which screams Transmog Contest.

Four themes are always extremely popular with our crew. Halloween, Mount-themed transmog, transmog with a battle pet, and transmog with a tabard and get a lot of turn out, so those show up at least once a year. Our August theme was “ROYGBIV” where your transmog needed to be a color of the rainbow — no black, brown, gold, or white allowed.

We’ve also done an anti-transmog, where all your gear had to be gray quality. We did an all crafted gear transmog but you couldn’t use Legion or BFA era. A lot of guild crafters who could make older gear found people asking for things they could make, which was kind of the point of the contest. Pirates. Glow-in-the Dark. Animated. Ugly. Superhero. All these, and more, have been transmog contest themes we’ve used.

But you don’t have to get too creative with your themes to still make them fun and appealing. For instance, holiday transmogs such as Valentine’s Day or Christmas are an easy sell. Plus, the themes pulled from Trial of Style are great — feel free to crib those for your own contest. 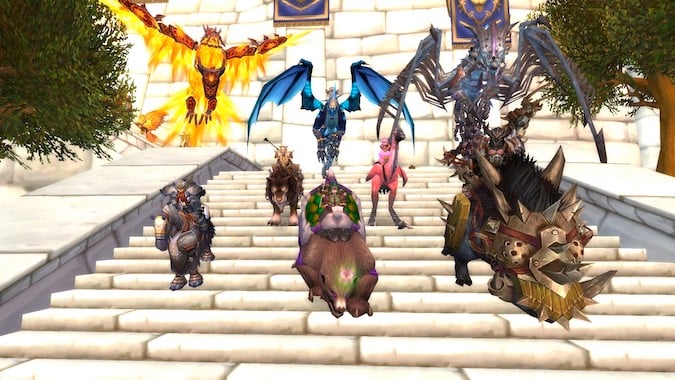 The details in herding transmogged cats

We schedule our contest for the end of the month, because it seems to be most convenient for everyone. We meet in Stormwind in front of the Keep for several reasons, the most important of which is that the lighting there is excellent. We do change venue if the theme demands it, though.

You need to consider laying out some ground rules before you start, but don’t be afraid to alter them if they don’t work for you. For us, all gear must be visible and must be transmogged — even if you don’t usually show your cape or shoulders, for the contest, they must be visible. No props are allowed unless the theme requires them. We used to require contestants send a list of their transmog to the judge by 8:50 p.m. on the day of the contest, but that was too high a barrier to entry.

Judging is hard. It’s harder than finding that perfect piece. Judging is totally subjective so you put something together and hope it falls into how the judge interprets the theme. When we started the officer who proposed the contest was the first judge, then the winner(s) of each month’s contest becomes the judge for the next month.

Judges pick a first, second, and third place. Yes, there can be ties — a fellow hunter and I were the judges for August’s contest. This month, a rogue is the solo judge. 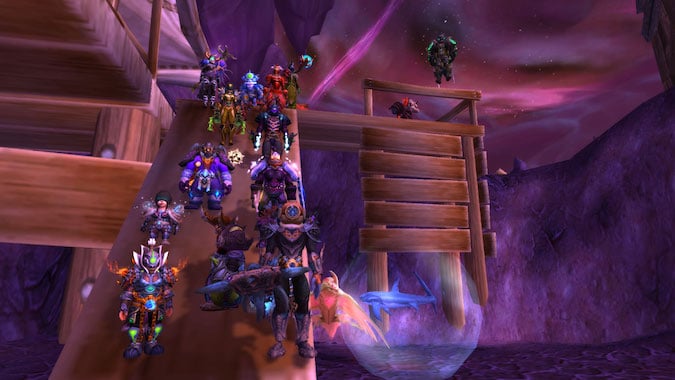 The rewards for all those style points

We reward participants with gold. Currently, first place gets 3,000 gold, and second place is awarded 2,600 gold, while third place receives 2,200 gold. Everyone who does a transmog for the contest gets 500 gold, but people don’t do this for the money. They do this because they enjoy transmog. We always have a bunch of guild members cheering us on, too.

Because the transmog contest is so popular, we often have raid transmog runs as a side activity. If people are looking for a specific piece, they drop a line to an officer and we run the specific raid for them. Yes, raids from Legion and before are easily soloable, but there’s a lot of fun to be had blasting through a raid with your friends as you’re looking for a drop to complete that perfect ensemble.

At the end of the day, making sure everyone has fun — hopefully together as a guild — is the main reward.

Blizzard Watch is made possible by people like you.
Please consider supporting our Patreon!
Filed Under: Guild Activities, Transmog, World Of Warcraft Transmog
Advertisement