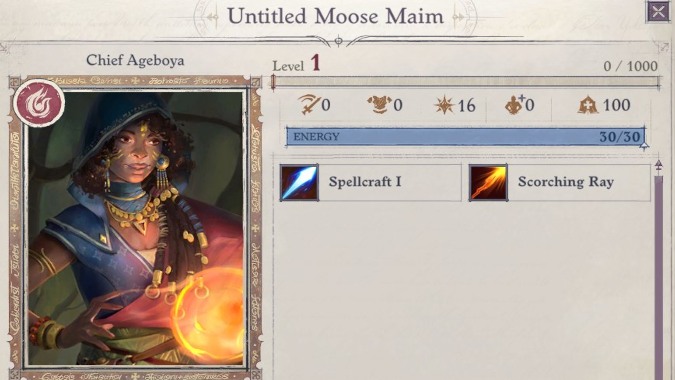 Still playing a lot of Pathfinder: Wrath of the Righteous. Kind of digging the Crusade mode, which is very much a small tactical wargame inside my isometric RPG. I mean, it’s not Warcraft 3 or anything, but you can name the armies whatever you want within the character limit. Somehow I went from The Fighting Mongooses to Goosemon to Man-Goose-Bear-Pig to this, my ultimate creation.

I’d love to play Untitled Moose Maim. I imagine it as a game where a moose maims people.

What? It doesn’t have to be complicated. Sometimes you just want to play a moose on a rampage. Look I live in Canada, you’ll just have to accept this.

DRAKKENFYRE DIDN’T ASK A QUESTION, BUT IT GOT ME THINKING

When they added some other enhancements, they didn’t bother fixing up Quake’s netcode for the Remaster. So it feels remarkably like playing it on a fast dial-up connection back in the day. Remarkably.

Except for the host, who has zero ping and will murder you over and over with a rocket launcher. Murder you while spawn camping the good items.

Really Bethesda, a 24 year-old game running on a modern system with broadband should not play online like it’s running on a Pentium 200 Mhz. on a 56K modem.

On the one hand it’s Bethesda, it almost wouldn’t be right if they didn’t leave some weird quirky thing in the code to make the game broken. But it also illustrates the strange ways a remaster can go wrong — yes, we’re all looking at you, Warcraft 3 Reforged — and has me thinking again about what a miracle it is that Diablo 2: Resurrected really is good.

Playing it, I’m amazed at how it doesn’t constantly disappoint me. Maybe that sounds like the faintest of praise, but man, it is easy to get a remaster wrong, and I’ve had the experience more times than I care to count.

Sometimes they’re underwhelming — Kingdoms of Amalur: ReReckoning wasn’t bad, it just didn’t really make me feel like it was worth getting when the original still plays fine and I didn’t feel like the upgrade was significant. Sometimes they’re overhyped, or not a game I really liked in the first place, or just feel gratuitous — did the world really need Assassin’s Creed 3 to get a remaster? It’s complicated, but it’s a relief to get one of these games and actually just enjoy it, at least to me.

LIZP HELPING ME OUT WITH A QUESTION AT 3 AM

Q4tq – If you could change a single piece of lore in any Blizz properties, what would it be and why?
Alt q4tq — what style of game is your favorite?

I would introduce Anduin Lothar’s secret daughter who was hidden from the world because of what happened to the rest of his family. Taken in by two of Lothar’s oldest friends, she lived in a small village until the Horde destroyed it during the First War, and ever since she’s been living unaware of her origins as a simply solider named Joanna Blueheart.

I would do this because we need some women in the game who are great warriors who just want to protect their people, and will do whatever it takes to do that.

As for what style of game is my favorite? I mean, I like a lot of games. It’s hard to say that Diablo is very much like Pathfinder: WotR or Assassin’s Creed Odyssey or Planescape: Torment or WoW — I think if I did a list of my favorite games you’d find that there were a lot of different RPG’s on there, but that RPG’s would dominate over other genres like 4X or wargames or strategy games or what have you. If there’s no story, I’m not really interested in a game.

The story doesn’t have to be spectacular. I don’t have to love it, but it needs to be there enough for me to hang onto, if you know what I mean. If there’s no story, I will get bored and walk away. This is probably why I love Overwatch despite not being able to play shooters, and why I thought Titanfall 2 was the best game Respawn ever made.

As I get older, I am starting to find random hairs in my eyebrows that are 2-3 times longer than a normal eyebrow hair.
Q4tQ: how many years until I’m able to grow some long Night / Blood / Void Elf eyebrows?

Seriously if you want super crazy long eyebrows, my advice to you is to shave them off. They grow back crazy.

What? No, I’m not just trying to get him to shave off his eyebrows because it would be funny. Why would you even say that? That would be mean, and only really really funny. Anyway, shush.

So yeah, Arthonos, shave those things, and by next month you’ll have the ridiculous eyebrows you crave. I say this as someone who has astonishingly long and ridiculous eyebrows. The woman taking pictures of my retinas even commented on it this week.

She also said I have nice eyelashes, because I do, I have awesome eyelashes. So shave your eyebrows off.

Did this dragon successfully convince me someone was crazy because they used exclamation points in their *writing*? That’s a step away from going “They are clearly guilty, look how they wrote out a stutter in their journal!”

Man, that game, I love it to pieces but I do some ridiculous things in it because someone just kind of asks me to, so I get you.

SOEROAH MADE ME THINK THEY MEANT SOMETHING ELSE

Waking up to vindication is great 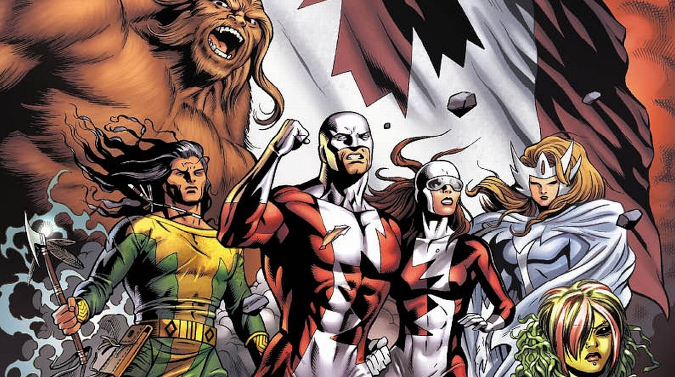 What, you said you woke up…

Oh. Vindication. Not Vindicator. Okay, sorry. I just really like Alpha Flight and I’m still mad that their last appearance as a team was a big cliffhanger. Like I said before, I live in Canada.

ZUEL WANTS TO KNOW WHY MOUNTS SOMETIMES BE BIG

Because sometimes a mount has to be really frickin’ big to be cool. Look at the transmog yak, or the Auctionosaurus. They’re way too big for doors, but that’s just all a part of their coolness factor. There are cool small mounts too, but sometimes you just want to ride on a chonk boi.

So yeah, Canada, big giant moose, we ride them around everywhere even though they don’t fit through doors, sometimes we tame sasquatches and ride those, and we all play hockey and ice skate everywhere, yay poutine what am I even doing have a good week y’all.

Man, my eye injections really messed me up this week.

Blizzard Watch is made possible by people like you.
Please consider supporting our Patreon!
Filed Under: Arthonos, Shave Your Eyebrows
Advertisement