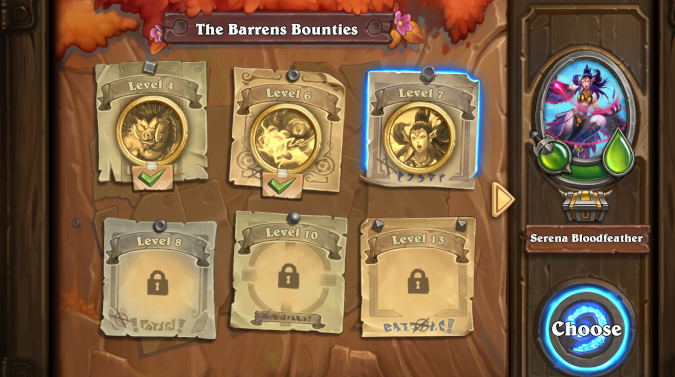 I’m as surprised as you guys! I mean, I literally didn’t want to play it, I just did it because our beloved EiC Liz Harper made the point that I should probably give it a shot if we were going to talk about it during the podcast. And then I did play it, and… I kind of liked it? I mean, it didn’t become an obsession or anything, but I enjoyed the experience and I felt like this is what the Garrison mission table should have been — not just selecting characters and sending them off to fight, but actually controlling them, choosing how they attack and what tactics they use.

I mean, it’s not particularly deep, but I’m not even past level 7 yet, so we’ll see how it feels once I get better at it. Regardless, I actually had fun playing it and I’m not adverse to continuing to play it.

Oh, and I’m listening to L7’s Pretend We’re Dead as part of my I’m awake at 4 am and I need music to function playlist. It’s also got Wolves Without Teeth by Of Monsters and Men on there, which is pretty dang good, you should try that out.

Y’know, like I said I actually kinda liked it, but I get where you’re coming from. 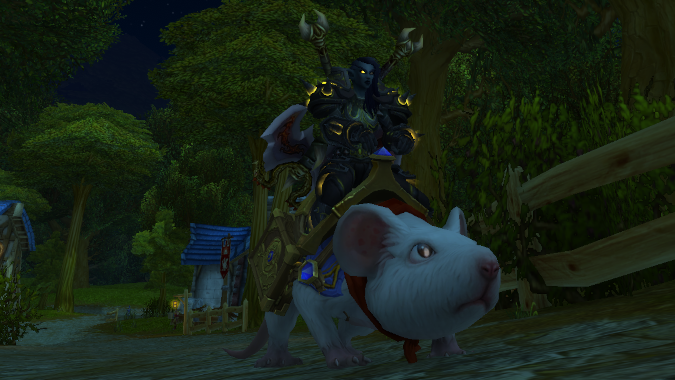 SPENCER MORGAN ASSUMES I’M UP ON MY ANGEL LORE

Q4tRossi: what if the rebellion in Heaven started because Angel’s have the intrinsic ability to take whatever shape they want, yet God commanded that they all conformed to one particular design (Armored humanoid with wings), and the resulting friction led to Angels being struck down for insubordination?

I like the idea of taking Angels who the conservative right thinks of as an idea they own, and turning them into an allegory for trans persons; it makes me feel like a trickster god. Loki ain’t got sh*t on me.

It is extremely rare in any of the texts we call the Bible today for an Angel to unambiguously appear, and when they do, they almost never conform to the ‘winged dude with armor’ stereotype. I mean, some of them were wheels. Or snakes with six wings. Or beings with the heads of oxes, lions, humans and eagles and four wings. And they get weirder than that sometimes.

Heck, even when there’s an unambiguously human Angel, like when Jacob wrestled one, its not entirely clear if it is an Angel, or if it’s just God. No, seriously, there’s a lot of theological debate on that one in both Judaism and Christianity, and even Islamic sources have weighed in on it.

Some people even think that an Angel, or maybe again just God, tried to kill Moses for not circumcising his son, which really doesn’t have much to do with anything but it’s still kinda weird. In general, the Old Testament God doesn’t seem to care much at all what his servants look like and will send them in all sorts of shapes to make visitations on people, so I doubt that’s why Lucifer decided to throw down.

Another neat dino video released they day before Rossi writes the queue. Coincidence, or greater global conspiracy? You decide!

Note to the birds, he knows.

Take World of Warcraft lore/story and put it into a game engine like Baldur’s Gate 3 or Dragon Age. What engine, what rule set do you use and what story/lore do you explore?

I mean, I could do this all day. I could just sit here and list off games I think could do a really cool CRPG style game with WoW lore. I mean, can you imagine a Disco Elysium style game where there’s no combat using various WoW characters? A light novel version of Arthas’ life?

I think my top ideas are as follows:

Whatever the engine for Assassin’s Creed Origins/Odyssey/Valhalla is called now, using it to tell the story of Matthias Shaw/Garona Halforcen as they play an adversarial game of cat and mouse while unraveling a conspiracy aimed at assassinating the leadership of both the Horde and Alliance at a critical moment. You can play as one of them or switch  between them, and there are options to join forces or take it in a more aggressive fashion, whatever works for you as a player.

Pick one of several current game engines and just make a full sandbox game. You want to go to Orgrimmar and egg people? You can! Show up in Ironforge without pants? They’ll kill you, but you can do it! Head to Thunder Bluff to die trying to tip Tauren, which isn’t a thing? Go nuts! Just imagine playing Grand Theft Auto in Azeroth.

Between Pillars of Eternity and Tyranny, Obsidian has proved they know CRPG’s and they know complex, layered storytelling. Well, and they also proved this with pretty much everything else they make like The Outer Worlds or Fallout New Vegas but I’m specifically thinking about those games and how I’d love to see their take on Azeroth. It would likely be a lot darker and more intricate than the more four color Azeroth we see in WoW, but there’s a lot of stuff to draw on in Azeroth, with maniacal cults and cosmic forces to be dealt with.

Okay, so that’s my Queue for the week. See y’all next week and be good, take care of each other and yourselves.

Blizzard Watch is made possible by people like you.
Please consider supporting our Patreon!
Filed Under: Mercenary Mode
Advertisement