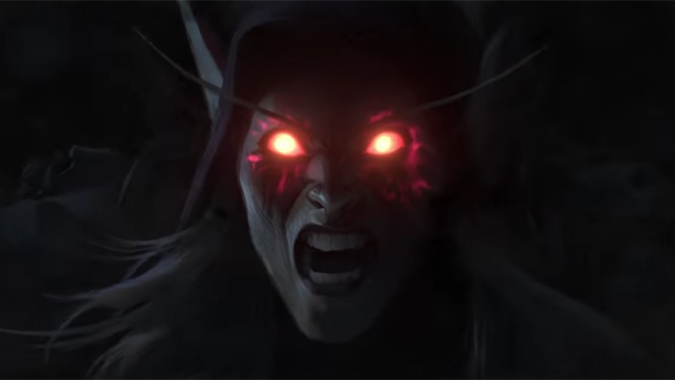 I promise the title is actually relevant — but even if not, who doesn’t love a good #ThrowbackThursday to remind them of one of everyone’s favorite lines in the game?!…No?

Okay, fine. In that case, I guess all we have left to do…

Q4TQ: did your opinions about the four Covenants change as you kept playing through Shadowlands?

My initial impressions, from just seeing pics / reading about them:

My impressions after leveling to max in Shadowlands, and playing on each of their zones:

My impressions after seeing their endgame stories and interacting a lot more with the characters from each Covenant:

Honestly, I think the only opinion of mine that’s changed is that I think the Venthyr are even cooler than I did before Shadowlands, and that’s almost entirely because of Theotar and the Venthyr’s continued love for holidays. Like, I’ve wanted holiday updates for a long time now, and apparently it’s the Venthyr that have been hiding them!

All the same, I still prefer Necrolords for my Priest. My plan has always been to have Venthyr as my second Covenant, which they will be if I ever finish leveling my Rogue.

Kyrian are about as boring and righteous as I expected, and Night Fae are pretty but with a few surprising moments that made me more interested in their story.

One of the worst grinds I have found is World of Tanks. The time and effort it takes to grind a crew up to a decent skill level which makes you much more competitive is soul draining.

QftQ: What is the worst grind you have found in a game?

I’m trying to think of a game that isn’t WoW, but it’s hard because I’ve spent so much of my life grinding various annoying things in WoW, and it also has a huge variety of grinds to choose from. Shen’dralar back in vanilla WoW stands out as one that’s particularly egregious, but it’s also technically only one part of the original Insane in the Membrane achievement. Both are awful grinds.

I don’t know if it’s exactly a grind, but going for Platinum in Bloodborne took a long time and required a lot of Chalice dungeon grinding. That one was fun, though, and really even close to the tedium of Shen’dralar. Really, a lot of “bad” grinds in games I’ve played have been optional (and usually associated with a desire to 100% a game).

Do y’all have any unavoidable, mandatory grinds a game has put you through? I’m curious if I’m missing/forgetting a lot here…

MISTAH JAY GETS TO BE A REAL MOD TODAY:

(Odyn is still The Worst™ though.)

Q4tMitch: Has The Mitch played a Lich yet in WotR?

Sadly, I have not even touched Pathfinder (which is what I assume WOTR is referring to). I’m certainly interested and curious, but I’ve been spending a lot of my time on, well, other games.

But I always love liches (MITCHES LOVE LICHES LOLOLOLIneedmorecoffee), so I will keep this one on my radar for however long it takes before I actually get around to playing it.

ARTHONOS HAS ANOTHER QUESTION WHOSE ANSWER I CAN STEAL:

Q4tQ: One of the quotes from the Puzzle Box of Yogg-Saron is “Even death may die.” At the time everyone assumed it was a reference tied to Northrend, either Arthas or Yogg. Now we are in Shadowlands, the Arbiter was disabled by a still unexplained red bolt, killed by Zovaal, and we are heading towards a confrontation with him. What do you think the odds are that the Void was hoping we would go into the Shadowlands and remove one of the main cosmic forces opposing them?

My general opinion of any of the whispers/prophecies in WoW are that they’re written deliberately vague and with the backup of “Void sees all realities” so they can be retrofit to make sense later on. Sure, some are probably intentional! But I think a majority of them are meant to get players thinking and to provide Blizz a foundation for when they do decide to visit the Old God stories.

Commenter Greebo pointed out that the line is likely just a reference to this Lovecraft line: “That is not dead which can eternal lie, And with strange aeons even death may die.”

Q4tQ: Do you plan on testing out the Mage Tower on the PTR when it’s available?

No, but I sure as heck will complain* that it wasn’t tested enough when it goes live with bugs!

…Just kidding. Don’t do that. Don’t be that player.

To actually answer your question, it’s unlikely I will just because of how little I’ve been playing lately. I’m interested in giving it a try when it actually goes live, though. Not looking forward to hearing those twins yell at each other over and over again, though — “NO, BROTHER!…” is still etched in my brain from the first time around.

That’s all our time today, folks! I hope you have an amazing Thursday, a relaxing weekend, and a generally good time all around. Leave lots of questions for tomorrow’s writer, and I’ll see you in a week!