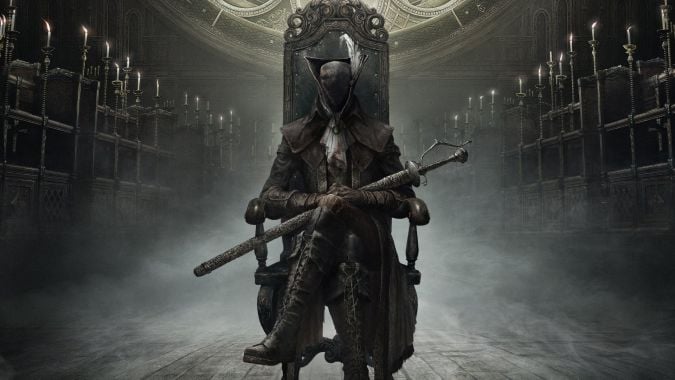 I don’t think it really needs to be said, but goodness, do I love Spooky Season™. I didn’t get to quite do as much this year as I wanted, but today is a day of pumpkin picking (and carving), apple cider and donuts, and some crisp fall weather. And hey, it’s not about the time of year you get spooked, it’s about the spooks that live in your heart, outside of time.

So I hope you make today and this weekend especially spooky but that you also keep the spookiness alive throughout the rest of the year. I believe in you! I also believe…

JAXDADDY LEADS US OFF WITH A QUESTION ABOUT SPOOKS:

Are there any moments play WoW that have actually spooked you? And, where do you think Pammy went in the Shadowlands?

WoW isn’t exactly a game with jump scares, but I will say, the first several times C’Thun whispered to me (and only me) way back in vanilla WoW, I was a bit taken aback. Was it another program? Did others hear it? If it was part of the game, why wasn’t it in my chat log? Will it happen again?

It was a very cool, unexpected effect that really solidified the idea of Old Gods whispering in your ear, trying to make you doubt your path.

Other places that didn’t necessarily spook but which ARE exactly my kind of spooky: Karazhan’s Upside-down Sinners room and basically all of Drustvar. Give me a game that is all Drustvar and I will be happy.

As for Pamela, I’m not actually sure I see her joining one of the four Covenants. Venthyr might scare her, Kyrian would mean she’d have to lose her memory of her father, and Necrolords are… well, I hope they don’t employ children into their army. That just leaves Night Fae, and while it’s probably a close match tonally, I don’t see her being that in tune with nature. So maybe she went somewhere else, where all the innocent souls can just live in peace and have a second life they never got the chance to have wherever they came from.

FIA WILL SET THE COMMENTS ABLAZE WITH THIS ONE:

Q4TQ: would cats be Horde or Alliance?

What, you wanted more? Okay, fine. In reality, both animals would work for either side. Cats, as has been established throughout time, can be real buttholes. But they’re also incredibly cute and lovey and they really just want cuddles. So while they have Horde-like tendencies, there are plenty of cats who would be content to be “little lions,” as it were.

I do see dogs as more of an Alliance thing, but we’ve all seen how Nathanos rolls, so they’re not exclusively Alliance.

ARTHONOS IS ABOUT TO GET A BACK-TO-BACK:

Q4tQ: You get to go trick or treating with 2 characters. Which WoW character would be your first pick, and which character from a non Blizzard franchise would be your 2nd pick? You can choose based on how much fun you’d have hanging out with them, or by how much you think they would enjoy getting loads of free candy, or whatever.

Dang, I just have to pick one? I’d take Kevin. Kevin is a good slime and deserves candy. (Theotar would be a fun pick purely to hear all his commentary.)

From another game, uhh… Lady Maria from Bloodborne. She is bae and also dead, so perfect combo for trick-or-treating.

ARTHONOS, AS FORETOLD, GETS ANOTHER:

Q4tQ: What is your favorite spooky game of all time?

I really should have a better answer, given how much I do love spooky things but it’s just so hard to pick one!

Despite having never been able to play myself, I love PT for how subtly creepy it managed to be using a limited, repeating space. It made moving through the same hallways over and over far more exciting than it probably had any right to be, and it made use of its atmosphere incredibly well.

Different parts of Resident Evil games get a shout-out too — but only parts, since the games tend to turn into action movies by the end. In particular, the doll house section from RE Village, the opening haunted house section from RE7, and just a lot of parts of RE4. I also love fun-spooky, though, like Mad Monster Mansion from Banjo-Kazooie.

Oh, actually, I’m dumb and should read my own answers. Everything I said above it still true, but it’s Bloodborne. Bloodborne is my favorite spooky game (even if it’s a different kind of spooky). I love Bloodborne. BLOODBOOOOOORNE!

SPENCER MORGAN SHIFTS US IN A DIFFERENT DIRECTION:

Q4tQMitch: did you ever unlock the objectively best player skin in Sekiro?

Wow. This is fantastic. And totally in the spirit of Halloween, since it’s kind of like Sekiro is wearing a Woody costume!

Sadly, I did not get this — that’s the downside of playing on console. I love playing on a big TV and having a mostly locked framerate, but I miss out on all the fun modding, like Orstein and Smough: Space Jam Edition.

RETPALLYJIL CLOSES US OUT WITH A QUESTION OF EXPLORATION:

Q4tQ: Back before they added flying and ruined the fun, did you ever go exploring to see what kind of corners you could poke into?

Yes. A million times yes. Even now, I still spend a lot of time doing this sort of thing just to see what I can break. When Demon Hunters were in beta, I actually almost put together an entire article showing how they can break the game and get out of instanced content. Zul’Gurub is a good example, because you can jump over the instance entrance, explore parts of Stranglethorn, experience the weird “Ortell’s Hideout” cave that should only exist in Silithus, and even make your way to instanced Deadwood Pass to see the smiley face beneath Karazhan.

I spent more time in vanilla WoW (pre-1.9) wall-walking and going out of bounds to places like beneath Orgrimmar than I did on any other part of the game. Old Hyjal? Heck yes.

I was inspired by machinima like Exploration the Movie and Nogg-aholic, and it really showed in how I played.

That’s our Queue for this week! I hope you all have a fantastic, spooky weekend ahead of you, and that you keep the spirit of Halloween alive well beyond October. Cheers!