What’s the difference between the original WoW Classic and Season of Mastery? 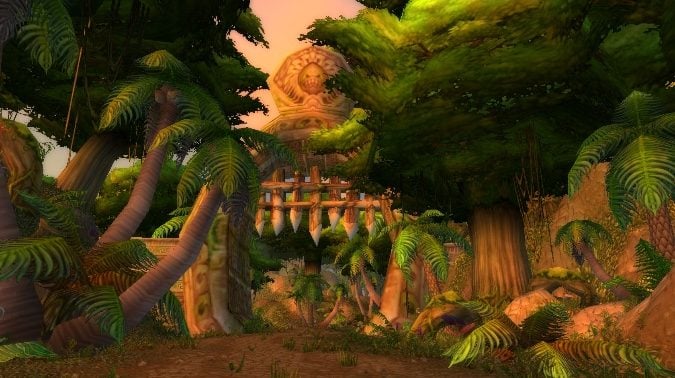 We know that the Season of Mastery makes some changes to the WoW Classic formula, and those changes are aimed at a faster paced leveling experience and a more challenging feel to raid encounters that players basically blew through when WoW Classic dropped in 2019. So how, exactly, is the formula getting changed? What are the differences between WoW Classic as it currently exists and the Season of Mastery servers, open for play as of November 16, 2021?

Here’s a list of the differences that come along with the Season of Mastery.

Well, the first change is that leveling from 1 to 60 on the Season of Mastery servers is going to be faster than on current WoW Classic Classic Era servers. The goal is to approximate what 1 to 60 is like on Burning Crusade Classic, with a special focus on quest XP increases to reward players for completing quests. That’s a good move, because unlike the original roll out of WoW Classic, the goal here is to have the entire suite of content releases — the phases — all roll out by the end of a 12 month period. This basically means a new Phase every 2 months, with Naxxramas and the Scourge Invasion coming last sometime next November.

In addition to these changes, Meeting Stones on Season of Mastery servers will instead be replaced with Summoning Stones. This should make it easier for groups to get people to dungeons without forcing the Warlock to show up and farm soul shards. There’s also going to be a welcome change to herbalism and mining nodes, with increased spawns for both to make it easier for people blazing their way to 60 to keep their gathering professions current.

Hopefully these changes will make leveling more fluid and get people to 60 so they can start running Molten Core and Onyxia’s Lair, the two raids that will be open at launch. But also, on Season of Mastery servers, players will have access to PVP and Battlegrounds on day one. That’s right, you can queue for Alterac Valley on Season of Mastery servers on November 16 if that’s what you want to do. PVP players won’t have to wait for Phases 3 and 4 anymore.

First and most importantly, world buffs like the Rallying Cry of the Dragonslayer will no longer work inside raid instances. On the plus side, this means no more killing Onyxia, rushing to Orgrimmar, then heading over to Blackwing Lair so you can raid that with the Dragonslayer buff. Since the buff has a 120 minute duration (two hours) from the moment you get it, it is always a circus to get the buff and then try to get the whole raid of 40 players to the instance as quickly as possible, usually requiring alt Warlocks left around the instance to summon folks.

Now? You won’t have to bother with this juggling act. You won’t have the buff inside the raid anyway, so you might as well just go kill things and not have to play logistical chess with the world buff.

In addition to this, raid bosses are having their health increased to compensate the next change, namely that boss debuffs no longer have a limit — on Classic Era servers there’s a 16 debuff limit on what you can apply to a boss, but on Seasons of Mastery servers, no such limit will exist. Stack all the debuffs you want as boss health is going to get buffed to compensate. Yes, even Serpent Sting.

This change is also aimed at making the encounters last longer and feel more like they did back in the vanilla days. But that’s not all — mechanics that were nerfed or removed by patch 1.12 — the patch WoW Classic is based on — will be restored to earlier versions of the fights so that raid bosses hurt more to fight. The goal is to make raid fights feel more like they did, to present more effort for the players instead of just watching Ragnaros crumple like a wet paper bag inside of an hour.

All in all, these changes should help players looking for a more intense experience find the Season of Mastery to their tastes. I’m hopeful for this, as the Season of Mastery has the potential to be a real game changer for WoW Classic, something that makes leveling new characters interesting and fun.