The Queue: Wait a second, is today Monday? 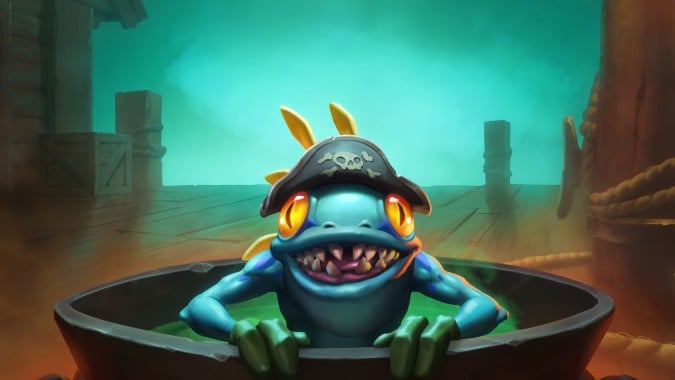 I mean I’m here writing the Queue, so it could be Monday… But I feel like I would’ve remembered a weekend in between my last Queue and this one… how very curious.

While I get to the bottom of this, it’s time for — The Queue.

IT’S ALL THE SAME, ONLY THE LIZ WILL CHANGE

Dear Cory, why did Venthyr get TWO super hot 9.1 transmog sets and I, a noble Kyrian, only got one?

Secondary question: How in the heck am I supposed to make the anima/stygia to afford these sets?

Like I’ve been saying all of this time, it’s because the Venthyr are the best. We throw the best parties, we have the best aesthetics, we have Theotar and Tubbins and Gubbins — it’s all winning all the time. Obviously, the real reason we get two more awesome transmog sets is that you wouldn’t dream of showing up to an extremely fancy party wearing the same outfit twice in a row, would you? You’d be the laughing stock of the whole court! Therefore the Venthyr were looking out for Maw Walkers like ourselves and provided a second outfit so that we could at least have two options.

Unfortunately, the answer to your second question isn’t likely to put me on your list of favorite writers for the day — do everything. Do all of the Korthia dailies, but also kill a bunch of rares and go into the Rift phase and open the four treasure chests in there. Once you’ve done that, check the other four zones to see if there are any easy Anima quests up. I know that I’ve seen some Tuesdays where I’ve done everything have a 3-5k deposit into the collection bin — more if I’ve waited until after raid!

ANOTHER PLACE, WHERE THE ARTHONOS IS SO COLD

Q4tQ: Legion had the class hall quests, BfA had the war campaign split between factions, and Shadowlands has the separate covenant campaigns. All major episodic story beats told to different segments of the player base. Which of these 3 did you like best? Would you like to see one of them return over the others for 10.0, or would you prefer future episodic stories told to the entire player base?

I loved the Class Halls in Legion, I don’t mind the War campaign and the Covenant campaigns from Battle for Azeroth and Shadowlands, but they don’t occupy the same warm place in my heart as the Class Halls do.

There was something that was so great about having a Class Hall that was tied directly into one of the fundamental choices you’ve made in Warcraft with which class you were playing. You got to hang out with all of the coolest lore figures who share that class and spend time in an area that was tailor-made for you. I spent more time playing through the different Legion storylines than I have in either the War or Covenant campaigns. I’ve still only done two Covenants out of the four, and I’ve never done the Alliance half of the War campaign.

FELINAE IS A COWBOY, ON A STEEL HORSE SHE RIDES

Q4tQ – come WoW v10.x – Blizzard are trying to be more representative both behind the scenes and in game. What are some established characters you’d like to hear more of their story to give better representation. What are some stories that have been ignored entirely that need to see light? We had the ‘boys trip’ to Draenor. What was everyone else up to? It wasn’t just staying home raising the kids.

There are so many side characters that we get into some major shenanigans from expansions past that we haven’t spent any time with. What are all those Court of Farondis ghosts up to now? Or the Bodybuilding Brul’s from Highmountain? Why are Koltira and Thassarian hanging out on the side of Oribos not giving us quests to go conquer the Maw or Maldraxxus. What really is the deal with the sword still in Azeroth? What do the Earthen Ring think about the whole Ardenweald afterlife? What are the Demon Hunters doing right now?

Those are just a few of the story hooks that we could be exploring in the future without even mentioning the Queen Azshara shaped hole from Ny’alotha. Maybe it’s time we went below the waves to the true court of the Naga Queen. Where she’s spent the last centuries tending to portals and magical domes that contain different biomes in them. It wouldn’t be underwater, not really — but it would give them the opportunity to do some fantastic ocean-themed skyboxes.

KALCHEUS IS WANTED DEAD OR ALIVE

I hate the Diablo event.

That’s odd, Mephisto is the Lord of Hatred.

Are you sure you’re not terrified of the Diablo event?

Q4tQ – so I’m considering levelling some alts for the Mage Tower achievement. My main is a Night Fae and I don’t really want to be swapping her around constantly. Which covenants are good for an alt to play through? I’m looking for something new but not too time intensive to level.

Although if you were going to dive into the Ember Court that does have a fairly sizeable time sink on it. Of course, I only know what it was like prior to patch 9.1.5 addition which lets experienced Party Heralds bring you along to their party to be introduced to all of their best friends for faster gain. Just like in real life sometimes it’s about who you know.

I have heard good things about the Maldraxxi Stitchworks for not being the most amazingly long timesink, and then you get a friend to help you do your questing while you’re gearing up!

Have a good day everyone, who knows where I’ll pop up next! Until next time, don’t forget to leave lots of questions for Liz tomorrow.