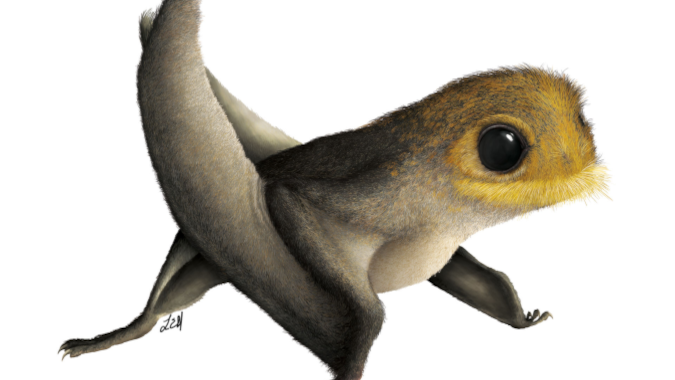 Paleoart is a fascination of mine. We’ve talked about it here on the site before, and today I want to introduce you to Anurognathus, a tiny beakless Pterosaur, as reconstructed by Liam Elward. What I enjoy about Liam Elward’s reconstruction of Anurognathus is that he doesn’t present the animal as a zombie or flying cadaver, desiccated and tightly wrapped with all of its muscles showing like an actor in a Marvel film.

Seriously, they dehydrate the heck out of themselves, it’s mega unhealthy.

This is the Queue. Normalize adorable Anurognathus ammoni.

Why waste time with imitators when I can cut straight to my man Arioch? Specifically, the version of Arioch used by Michael Moorcock in his Eternal Champion series, which is very clearly the inspiration for a couple of those Games Workshop folks you mentioned.

It’s times like this that I enjoy the fact that I am extremely lax when it comes to moderating the comments here. I don’t even know what Red’s talking about.

The little murloc backpack guys retreat into their shells when you’re in combat:

Q4tQ: do you think we’ll see another WoW expansion where we go to a new world?

I started wondering about this because I realized the two expansions where we go to new worlds that didn’t already exist in lore – WoD (to alt-Draenor) and Shadowlands – seem to be the least popular expansions in the game’s history. This isn’t a scientific analysis or anything, I’m just going by the player/fan reactions I see, but it seems like expansions that take us away from Azeroth end up being the ones people like the least.

I feel like a big factor in that is the feeling that whatever happens in the expansion won’t matter to anything happening back home. It seems that heading to a new continent or island(s) on Azeroth keeps people invested in the game in ways that a new world doesn’t. So now I’m wondering if the devs see this too and are planning to keep us more home-bound in the future.

I mean, The Burning Crusade took us to a world that wasn’t Azeroth. And while it already existed in lore, so did the Shadowlands — mentioned frequently, appears in Wrath in the DK starting area quests — and there are other worlds that exist in lore like Xoroth, the Emerald Dream, and even Legion took us to Argus and showed us several other worlds through the invasion portals we could end up on.

I think it’s unlikely we’ll never go to other worlds, but it’s possible that the way we interact with other worlds will change. I think there’s some validity to your idea that people don’t like spending entire expansions away from their home base, so an expansion entirely set in the Emerald Dream might instead become one where we have zones on Azeroth affected by the Dream going haywire, and zones in the Dream itself, and we have to move back and forth between them for the story.

Similarly, if we need to go to the various worlds from the Legion invasion zones, we’ll do that because entities from those worlds are invading us, and we’ll travel from the zones they arrive in on Azeroth to the zones on those worlds. Something that not only centers what’s happening on the reason we care, but also keeps it grounded in how it’s affected us day to day. I think getting to see the Shadowlands creeping into Azeroth would have been cool and kept people focused on the threat.

Okay, that’s the Queue for today. We’re not doing a Thursday Queue, or really much of anything — it’s Red Thursday, or what y’all call Thanksgiving down in Canada’s pants. Up here, we already did that, so it’s just hey, how y’all doing, would you like some socialized medicine day. Remember to ask lots of questions for Liz, who will be writing Friday’s Queue.

Blizzard Watch is made possible by people like you.
Please consider supporting our Patreon!
Filed Under: Anurognathus
Advertisement