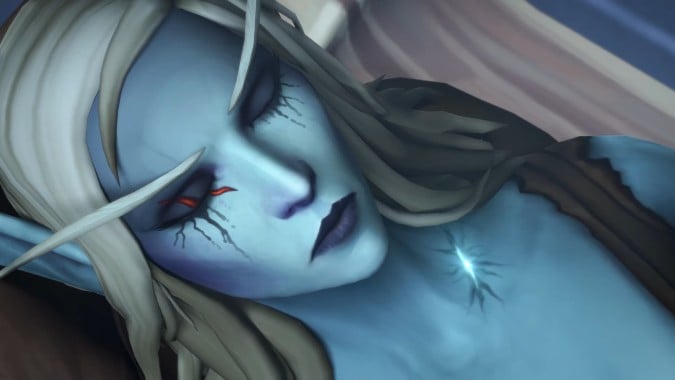 In an unusual move, Blizzard has added a new cinematic directly onto the patch 9.2 PTR which has wide-ranging implications for the conclusion of the Shadowlands story, and even throws new light on older lore. This cinematic is relatively lengthy at over four minutes, and it’s packed with exposition.

If you’re so hungry for the continuation of Sylvanas’s story you don’t mind spoilers for a big, important chunk of 9.2’s lore, then you should watch it below. Then, we’ll reconvene and discuss what we just saw. Sounds good? Cool, see you there.


What this cinematic means for patch 9.2

First off, I have to say, I’ve never been more on board with Baine Bloodhoof in my life. A big part of me — the part of me that didn’t enjoy what happened in Battle for Azeroth’s story and the whole Burning of Teldrassil plot that’s been so much a part of the game ever since — simply doesn’t really want to hear any more about Sylvanas. One of the things I’ve said from the very beginning is that you can dislike a story while still recognizing it isn’t bad, and that’s very much where I am with this cinematic. It’s extremely well done. The subtleties of the dialogue and the expressiveness of the acting, especially Patty Mattson, make this stand out for me as one of their best cinematics in recent memory.

That doesn’t make me want to see more hand wringing over the destruction of Teldrassil, but there’s a lot of nuance here in the conversation between Ranger General Sylvanas and Uther. One thing that I thought bodes well for the future is the idea of coming to terms with what they did — that the actions of Sylvanas before her fragmented soul was reunited are still the actions of Sylvanas. She doesn’t get a pass because her soul was fragmented. These atrocities are hers and she’s responsible for them. It’s something I struggle with as a long-time alcoholic. The things I did under the influence are still the things I did — I don’t get a pass because something external was altering me.

Granted, having your soul ripped apart by a Death Knight is probably a lot different than getting hammered, but it was something I immediately noticed. The way Ranger General Sylvanas goes from her to my when describing the atrocities performed by Sylvanas is something I personally find very well done — it’s a good first step for the final chapter in this storyline. And it’s fairly clear that, whatever else happens, Sylvanas and her reunited soul are going to be a major part of how we find our way to Zereth Mortis, as based on the scenes we see in this cinematic. Clearly nobody trusts Sylvanas and everyone blames her, and probably she herself will have a similar view. 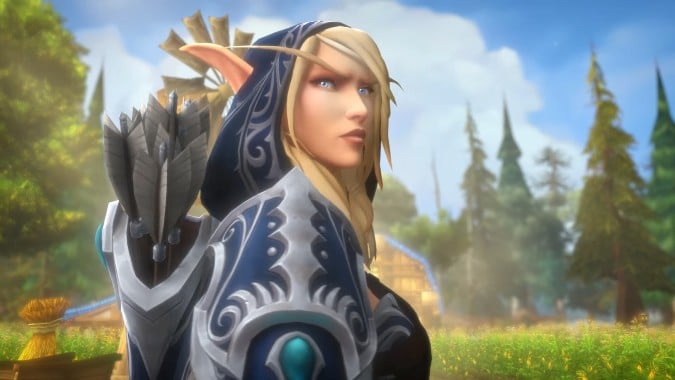 There’s a lot riding on what happens after this

I think this is going to be one of the most difficult balancing acts Blizzard can possibly perform, and while it’s wildly unfair that they have to do this at the exact moment they do, it’s also pretty unavoidable — the entire storyline of World of Warcraft over the past several years has been leading up to this moment, going all the way back to 2016 and Legion. This is really a case of having to absolutely stick the landing. I’m heartened by the fact that Uther’s advice to Sylvanas is there’s no time for us to sugar coat this, accept what you did and wake up and maybe we can stop it from getting any worse and I think that’s a solid foundation for the story going forward.

But while this cinematic is both excellently made and very powerful, that doesn’t mean people are going to warm up to a story that’s really been hitting very differently for different players. There’s the idea of Sylvanas’ ultimate fate after all this — as many people will be upset if she’s removed from the game as will be upset if she isn’t somehow punished for what she’s done. What role will she play in opposing the Jailer? Is she going to show up at the end and kill steal on us? Seriously, don’t do that, Blizz.

I’m very curious to see what happens after this cutscene cinematic. The distrust and anger of Baine, Jaina, and Thrall, the pragmatism of Bolvar, the sympathetic but unflinching viewpoint of Uther who knows what she went through but isn’t willing to allow her to dodge her responsibility, and who Sylvanas even is after having gone through the years since her death and the choices she now has to own up to, it could make for one of the best patches in WoW history. It could. We still have a while to go before we find out if it does.

I cannot wait to see what happens when you put this Sylvanas in a room with Tyrande.