What fantasy monster would you most want as a pet? 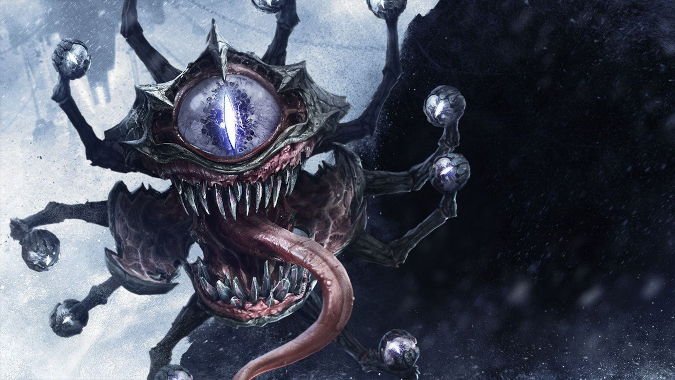 It’s a Beholder, isn’t it? Because you first saw one and it used its Charm Ray — yes, they have those — and how you’d love to keep one around all the time?

Well, I mean, super intelligent aberrations that can disintegrate anything they look at might be a bit risky, but let’s go with the spirit of things — out of all the fantastic creatures and beasties you’ve seen, in all the stories and games you’ve consumed over the years, which one would you most want as a pet?  Perhaps it’s a magnificent Red Dragon, whether you’re thinking a red whelpling from World of Warcraft or Ashardalon from Dungeons and Dragons. Or perhaps you’d want something more manageable, like Agumon from the Digimon series or a Sleestak from Land of the Lost, but I don’t recommend that last one.

Yes, this is a bit silly. I mean, realistically, where would you even keep the Tarrasque? What would you feed it? I mean, I assume it eats a lot, it’s pretty freaking big. And I guess this is the same problem you have keeping Gamera as a pet, now that I think of it — sure, he’s friendly to children and that’s good, you want a pet that can get along with your kids, but I still feel like it’s hard to take care of a pet that towers over the whole city.

Not that smaller pets are necessarily better. A Stirge? Gonna drink all of your blood. A Bulette? It’s going to ruin your yard and possibly eat the mailman, that’s definitely a negative. Murlocs? You will have your hands full trying to keep them from running around upsetting each other.

Still, the idea of having a favorite creature from one of the fantasy worlds we spend time in as an actual pet feels pretty compelling to me. So what about you? If you could, what fantasy monster would you have as a pet?

Blizzard Watch is made possible by people like you.
Please consider supporting our Patreon!
Filed Under: Monsters
Advertisement