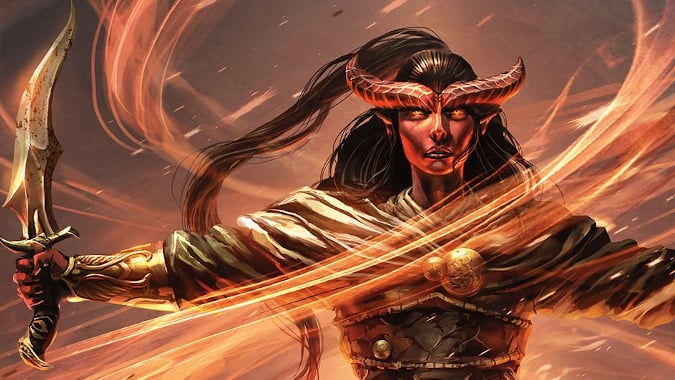 Sure, Mordenkainen’s Monsters of the Multiverse is a monster book — it’s right there in the title — but it also serves as an one-stop collection and update for a host of playable races from previous Dungeons and Dragons sources, and it does a lot more than simply republish them. Not only are these versions of these playable races updated to follow the rules for characters established in Tasha’s Cauldron of Everything, so you can choose which ability scores get bonuses, but subraces have been folded into those races that had them — like Aasimar or Shifters — and the benefits those subraces had are now just abilities that a member of that race can choose between.

Redditor KingJackel has done a thorough job compiling the various leaks from the upcoming book, as leaked by Nerd Immersion’s YouTube channel.

Several races have had their traits reworked — or in some cases removed — and there have been quite a few changes to movement speed and movement types. Flying races like Aarakocra now fly at the same speed that they walk, and races with a Swimming speed like Triton or Lizardfolk now swim the same as their walking speed as well. Also, walking speeds have been standardized so that Aarakocra, Deep Gnomes, Duergar can now walk a full 30 feet, while Air Genasi have a 35 foot walking speed. Several races see traits removed entirely — Orcs lose Primal Intuition but gain the Relentless Endurance feature that Half-Orcs have, for example.  Plus, quite a few races — like Aasimar, Changelings, Genasi, Kenku, Tabaxi, Tortle and Yuan-Ti — can now choose between medium and small size at character creation.

In terms of mechanics, 25 foot speeds are being bumped up to 30, short rest traits are now being linked to a number of uses equal to your proficiency bonus per long rest, and they’re changing natural weapons to an unarmed attack that deals 1d6+str bonus and deals damage matching the type of attack it is. Also, races like Shadar-Kai are now more directly identified as Elves, and Goblins are specifically Fey creatures — there are a solid amount of really good, valid changes here that make for more parity between whatever you decide you want to play. So, overall, even with the occasional removal or reduction of a trait, like the Minotaur losing Imposing Presence, these changes are fairly solid ones that bring these various races into line so that none of them feels utterly underpowered or overpowered.

I’m curious to see how Mordenkainen’s Monsters of the Multiverse changes things when we finally get our hands on it in May of this year if you’re not lucky enough to pick up the Rules Expansion Set on January 25. I’m a little annoyed about that, to be honest, but I guess I can wait.

Blizzard Watch is made possible by people like you.
Please consider supporting our Patreon!
Filed Under: D&D Races, Mordenkainen’s Monsters Of The Multiverse, Playable Races
Advertisement