Blackwing Lair is getting some serious changes in WoW Classic: Season of Mastery

Back in November, Blizzard launched the first Season of Mastery realms for WoW Classic. Updates were made across the board, including notable changes being made to increase the difficulty of the introductory raids, Molten Core and Onyxia’s Lair. And Blackwing Lair, which is arriving with Phase 3 on February 10, is getting some pretty significant fight overhauls as well.

Many of Blackwing Lair’s encounters were considered pretty hard back in the day, but Classic players are a very different bunch than vanilla players. The PTR has shown updated mechanics for almost all bosses — Broodlord Lashlayer currently appears to be unchanged —  and some of them will be tough to overcome. I’m deeply curious if we’re going to see more changes to non-boss portions of the raid, like the Suppression Room before Broodlord — since the Suppression Room was the hard part of that encounter, changes there could increase the difficulty quite a bit. 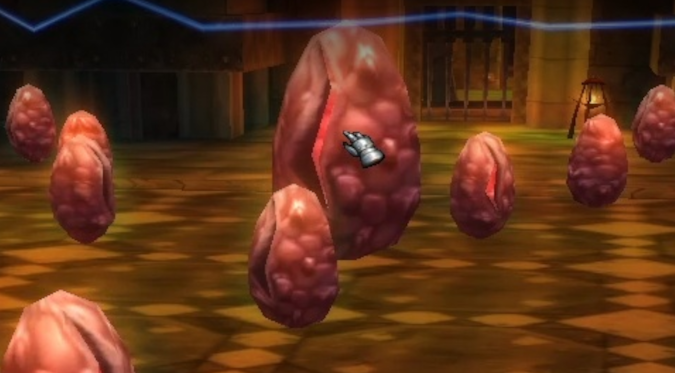 Early in the PTR, BWL had an across the board health buff for enemies, but Blizzard has removed it in favor of focusing on these revised mechanics rather than a flat health buff. (Though some bosses have had their health tweaked.)

While we may see more changes to the raid when it launches, these are all the changes we’ve seen on the PTR.

Razorgore changes in Season of Mastery

The Razorgore encounter changes with the addition of a new, larger (and unbreakable) egg that sits in the middle of the floor. While the egg cannot be broken by a mind-controlled Razorgore, it appears that the egg will hatch on its own, and an Unstable Chromatic Drake will spawn and begin spitting random breath weapons onto the raid. There’s a green cloud that makes players sleep, a fire damage trail that apparently burns NPCs as well as players, a frost trap-type affect that slows and damages players, and a golden breath that gives affected players haste for movement and casting time, meaning that your raid may want to try and use these to their advantage, at least the fire and gold ones.

So far I’ve only heard of the Unstable Drake being off-tanked away from the raid, no word yet on anyone tying to kill it before Razorgore. If the Drake isn’t too hard to off-tank, it’s probably best to just off-tank it for now.

Vaelastrasz changes in Season of Mastery

Vaelastrasz is a very different fight. Starting at 60% means the fight will take a good deal longer than it does on live WoW Classic servers — no more getting into Execute range early in the fight anymore. The Burning Adrenaline change also brings some interesting mechanic changes to this one. It’s not an instant death after a certain amount of time anymore, and your damage will continue to ramp as long as you stay alive. Apparently, it can be healed through, too — <IDES> tested the encounters on the PTR, and successfully healed their main tank until he had stacked up 390% haste and bonus damage. That’s pretty crazy, and it would basically remove the odds of anyone else pulling threat off the tank. 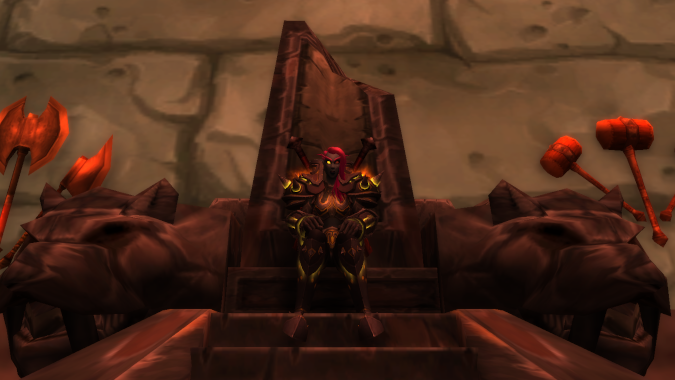 Firemaw changes in Season of Mastery

Firemaw flat out sounds horrible. It’s the original terrible fight with Shadow Flame and all that, but with the addition of Static Electricity. And thanks to stacking every time you take damage, Static Electricity’s Chain Lightning effects can easily lead to a chain reaction of damage blowing up your melee. As Wowhead mentions in their write-up of the changes, <IDES> ultimately decided the best strategy seems to be not bringing any melee to the fight.

This fight changes simply because it’s now one fight, not two — all the previous mechanics still exist, but your raid will have to switch DPS between the two Drakes while rotating tanks in and out to deal with the twin debuffs Brand of Shadows and Brand of Flame. Melee DPS will be at a disadvantage because of the target switching, since the two Drakes will be tanked apart. Wowhead mentions you can use Wing Buffet to knock yourself towards the other boss when you’re switching targets, but Ebonroc and Flamegor will root and face each other when they cast Wing Buffet, so careful positioning will be crucial. Remember, you want to switch after 4 stacks of either Brand to avoid getting gibbed by escalating damage. Ranged DPS will have less issue with that debuff, and will likely be the DPS relied upon to switch early if one of the Drakes is falling too fast.

Chromaggus changes in Season of Mastery

Chromaggus is also really awful. Not only does the breath change mean your raid will be dealing with a lot of extra damage, but the addition of Ice Blocks puts a huge emphasis on healers dispelling at just the right time. If they don’t, it’s a 360-degree AOE that will debuff players and can’t be line-of-sighted by any other means. The aforementioned <IDES> raid made it to 40% on their first night after 7 attempts, before finally beating it the next night thanks to a healthy supply of consumables.

Nefarian changes in Season of Mastery

As you might expect for the end boss of the entire raid, Nefarian was never a pushover, and in Season of Mastery he’ll get significantly more difficult. Each of the class calls now has an AOE or other effect, and these effects last significantly longer than the class calls themselves — meaning that you can have two or even three of the effects going at the same time as new class calls come up.

That’s going to be a big difficulty buff on its own, but Blizzard also increased the spawn speed of the adds in the add phase, so you’ll need to be prepared for that. Even in vanilla it was pretty easy to get swamped with these waves, which need to be AOE’d down ASAP. Now it’ll be much more aggressive.

The new class call changes don’t remove any of the previous ones, they just add new effects on top, as follows:

Those are all the changes we’ve seen so far, and they definitely — except possibly in the case of Vaelastrasz — make for significantly harder fights in the Season of Mastery version of Blackwing Lair. How much harder they’ll actually be when the raid goes live, we’ll find out.

Blizzard Watch is made possible by people like you.
Please consider supporting our Patreon!
Filed Under: Blackwing Lair, Raid Changes, Season Of Mastery
Advertisement