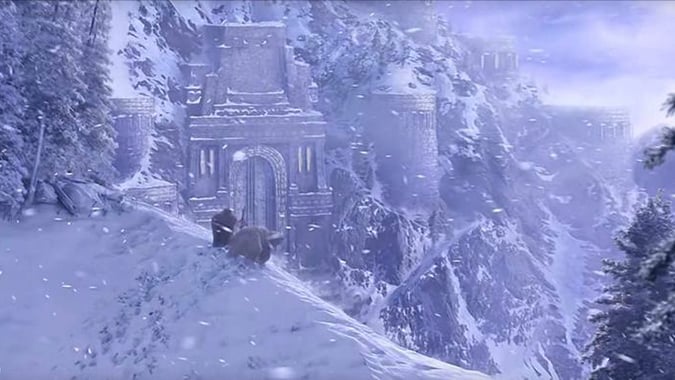 There was a queue question earlier this week about wanting to escape from it all, and to be honest, the moments I most feel like doing so is when something momentous is about to happen, like Horizon: Forbidden West, Shadowlands patch 9.2, and a switch version of Never Alone are all coming out within a week, or when a Tauren Shaman is inexplicably in Dun Morogh and attacks you for your gloves because his hands are super cold.

But I’ll resist the urge to patrol outside Ironforge with my best buddy and instead answer your queue questions!

They let you do this again, huh?

When Liz asked if anyone could take over for her, I snagged it before they could add “besides Kalcheus” as a qualifier.

REV. DOUGHNUT ASKS SOMETHING IN DISCORD

Lorewatch: if you were to run a World of Warcraft tabletop roleplaying game campaign with the game’s current lore, where and when would you run that campaign? And what cast of NPCs would you use as a campaign focus and/or impetus.

I’m not Lorewatch, but I’ll give you my personal answer: War of the Three Hammers. To me, the civil war amongst Bronzebeard, Wildhammer, and Dark Iron dwarves has a lot of compelling narrative choices, and tailoring a TTRPG campaign around it would be great. Since it wouldn’t be fair to force the party to be all dwarves, I would wind the campaign around the major events, letting the players get involved in aiding and protecting those who may be in the wrong place at the wrong time. Since it’s history and can’t be changed, the players can’t stop Sorcerer-Thane Thaurissan from summoning Ragnaros, but they sure can help the citizens of Redridge escape the cataclysmic birth of Blackrock Mountain.

BOVEN ASKS A QUESTION I’M READY WITH AN ANSWER FOR

What should I do about split ends in my tail tuft? It’s nearly impossible to find a good conditioner in the Shadowlands.

Braid the hair. Braids look stylish and they conceal split ends from all but the most discerning eyes.

THOMAS STRANGE WANTS MY VISION OF THE FUTURE

Wild speculation for the next expansion, please. If Dragon Isles, what new race(s) and class (or class combos)? If void vs light, how quickly do you think I’ll uninstall in a fit of rage, and when do you think I’ll re-install?

My wildest speculation is what I’m calling “Azeroth Underneath”. Azeroth is a hollow planet, and we find our way inside where the ground tends ever so slightly up towards the horizon, and the daylight is provided by a spirit form of Azeroth herself hanging in the center of the planet. The indigineous lifeforms are based on Australian and Southeast Asian animals, and there are two playable races added: the Horde get a variety of Earthen that are visually distinct from the dwarf-like Earthen we know in the above world, while the Alliance are joined by Kangarangs, an anthropomorphic Kangaroo humanoid.

… this is not at all likely to happen.

Of the two you mention, Dragon Isles is far more likely; there have been comments saying that Shadowlands is the end of a trilogy that started in Legion, so a Void vs Light expansion immediately after that doesn’t make much sense (because if we’re going Cosmic War, it’s no longer really a trilogy). With Dragon Isles I’m hoping we get some Dragonborn-style race alongside playable Vrykul.

GLOWING METEOR CARROT ASKS ME ABOUT A DIFFERENT MMO

Q4U: Do you think FFXIV will double up on playable dragon people and introduce Gria?

I do not; the only significant difference between Gria and Au Ra is the former have wings. It is far more likely that Au Ra will be given a wing option at some point rather than add a new playable race. 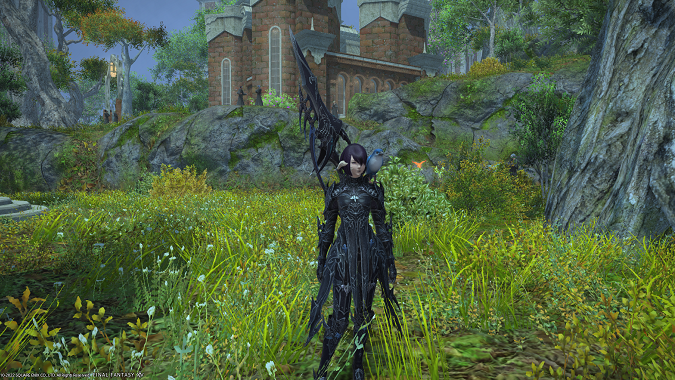 ROXXII BRINGS US BACK TO WORLD OF WARCRAFT

Q4TQ: What is your post-mortum for Korthia the zone and it’s gameplay as it approaches it’s inevitable irrelevancy? I have honestly thoroughly enjoyed it as a place to have a clear set of things to do each day by doing all it’s dailies and farming whatever amount of Research is reasonable to me. I believe I have six characters with rank 6 Codex rep. Death’s Advance as a reputation was significantly more underwhelming especially post Codex quality of life upgrades. It just doesn’t offer good rewards.

I was a huge fan of Korthia, and I’m hoping that Zereth Mortis emulates a lot of its behavior (the clear set of daily goals you mentioned is key). My two biggest issues with Korthia was how some rares did not spawn every day, leading to an RNG-squared situation for drops, and the Archivist’s Codex rep system was unnecessarily distinct from others in the game. It’s not that I disliked the AC, it just felt like an extra layer of work for not much gain.

That’s it for the Friday queue. I hope y’all have a great weekend, and make sure you give yourself some time to recover from *gestures at everything*. A rested you is a healthy you, and a healthy you will be ready for Zereth Mortis on Tuesday.

Blizzard Watch is made possible by people like you.
Please consider supporting our Patreon!
Filed Under: How Much Damage Could He Do A Second Time?, The Queue
Advertisement