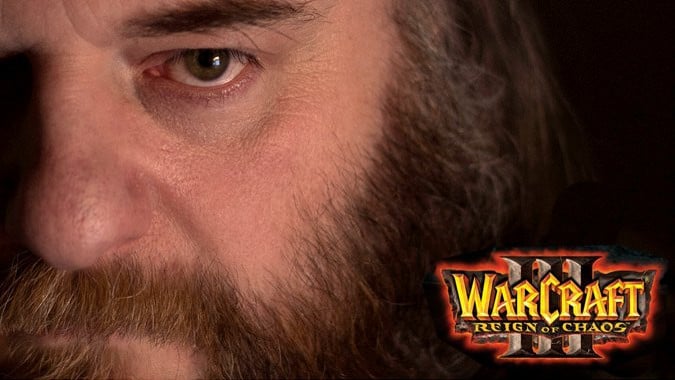 What could the new Microsoft owned Blizzard do to bring WoW back to its original glory?

We recently had a question on the Blizzard Watch podcast from a returning player who opened their email saying that as far as they could tell WoW was the best it had ever been, and asked us why people seemed unhappy. I have been haunted by that question. The problem with the idea of Bring WoW back to its original glory is we have to have a consensus on what that is, which is impossible. Some players only started in Wrath, or Cataclysm, or even later — the original WoW would be almost unrecognizable to them, a relic of the past, not a game they ever played.

If Microsoft is looking for the sub peak of Wrath, well, that ain’t happening. That was a very specific moment and that moment is gone — the industry is changing, the players are changing (there are people playing WoW right now who weren’t even born yet) and the ecosystem the game exists in has changed drastically.

The best thing Microsoft could possibly do is take their hands off of Blizzard entirely. Free the company of outside corporate oversight as much as is possible, and let them make the games they want to make without having to worry about games as a service, or whatever new buzzword corporate culture comes up with next week for milk the suckers forever.

Does anyone else feel that WoW is at it’s best when it embraces it’s heritage of “B-movie fantasy” writing? Orc Moses leading his people to a new land across the sea. A noble prince’s fall from grace. Dragons being at the root of everything. Elves being either crazy forest hermits or the snob WASPs of fantasy.

WoW use to feel so very “up late with friends, eating pizza on a table covered in character sheets and dice bags”. The last two xpacs have felt like “middle schooler running his first campaign tries to hard to be Game of Thrones seasons 1-4”.

It’s not the game.

You have changed. Whether or not you realized it, you got older. Your life changed. You don’t have the same tastes and interests anymore. You don’t have the same schedule anymore. You have commitments you didn’t. I started WoW in 2004, and back then, I could actually dedicate the entirety of a day to the game — I could get together with a bunch of friends I’d made online and spend hours running around Azeroth punching dragons in the face while they pooped death mushrooms on the raid.

No, really, this is a thing that happened.

The game is still b0nkers. We just spent an expansion running around the land of the dead and finished it off by punching death in the face until he fell over and turned into a blank robot. The sky got ripped in half and we fixed it. You want gonzo fantasy? We went to vampire heaven and found out vampire daddy was gasp a bad guy!

But you look at this from a lens that has seen different things. It’s played the original WoW, and has been playing the expansions. You’ve obviously watched Game of Thrones. Without an encyclopedic knowledge of what you consumed, I can say that it’s obvious that you have been consuming other media, and in doing so, you’ve added to the vocabulary of narrative structure you grasp and recognize, and that makes it feel different. You’re at the stage where you can see the strings, can recognize the shorthand and the trickery stories use to get you from point A to point Z.

Now, is WoW different now? Absolutely. Over the course of the eighteen years of its existence, hundreds of people have worked on it, millions of people have played it, I finally got my shoulders. The game is different. The narrative elements have changed. And yes, you, the audience, have also changed and grown.

WoW is a river. There’s water in the same place it flowed when you were a kid, but it’s not the same water, and you’re not the same kid fishing off the side anymore.

Has anyone gotten tier from the timewalking weekly? I think it used to but doesn’t seem to anymore…

Someone may have, I don’t know what everyone is up to, but I sure haven’t.

Why we’re still letting Chrth live this lie that is his life as Kalcheus? Why are BW not banking on Chrth’s charting skills? Kalcheus obviously is not a good kalcheur. I think we’re at a loss here.

I’m not the boss of him. Liz is. So ask again tomorrow so Liz can answer. I assume she just hasn’t gotten around to it.

Four hours into grinding Honor Hold rep on my Rogue (what year is it?!) and I’m 3/4th the way into Honored. I could’ve taken one of my other characters that was already honored or revered, and capable of learning the mog I want, and gone from there, but where’s the fun suffering and pain in that?

Given that now the only thing besides a low-rep PVP daily that gives rep is Hellfire Citadel heroics, that means only a single run of each per day. I might just wait until the next TW event, which is BC, and buy rep tokens.

Even now that you’re Honored, you can keep doing that in Shattered Halls. Just kill everything up to the first boss, then run out and reset. The trash should respawn and you can kill it again.

Blizzard Watch is made possible by people like you.
Please consider supporting our Patreon!
Filed Under: It’s 2020 Forever, Queue, Queue You
Advertisement