The Queue: Eoanthropus Dawsoni and the mystery of the elephant bone cricket bat 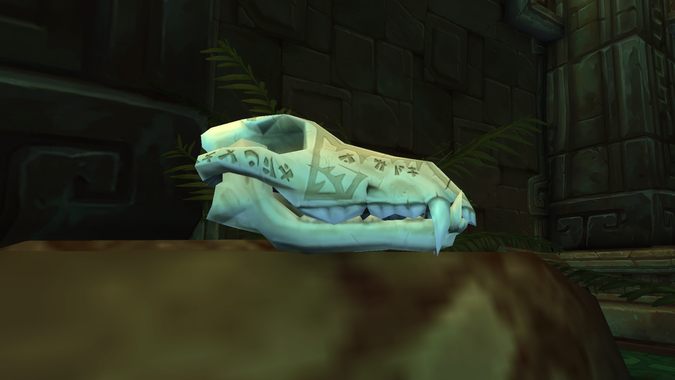 You may or may not have heard of Eoanthropus Dawsoni. From 1912 to 1951, this infamous hoax was believed by many to be the ‘missing link’ between apes and men. You may know it better as Piltdown Man. But what’s really fascinating to me about the whole story of Charles Dawson and his Dawn Man is how it was eventually proved to be fake.

Now, people suspected there was something fishy about Eoanthropus Dawsoni from the get go. While a lot of people defended the find, there were those who pointed out the anatomical flaws and argued that it was clearly made from separate fossils. So why did it take 40 years to figure out the thing wasn’t legit?

Charles Dawson is a really interesting character to study, really — a complete grifter and con man who sought respectability for his ‘skill’ as an archaeologist when his real gifts seem to have been in reading people, a fancy line of patter, and some middling forgery for the time. In life, before his sudden death at age 52 from pernicious anemia, he managed to con his way onto the Society of Antiquaries of London and the Geological Society as well.

And a lot of his collection of fossils, looked at after his death, turned out to be utter fakery. He made up a reptile/mammal hybrid, planted cast iron statues in supposed Roman era caves, and so on. An analysis of the fossils he donated to the British Museum turned out to have at least 38 fakes, with filed teeth, artificially aged bones, etc etc.

What really amazes and amuses me about all this, though, is that aforementioned elephant bone shaped like a cricket bat that was also found in the Piltdown area. To this day, some people believe that some of the fake artifacts found in Piltdown were planted there by anonymous hoaxers who were trying to leave artifacts so fake that they would force people to realize that the Piltdown Man skull was itself a fake. I just love imagining a group of vigilante archaeology hoaxers who take it upon themselves to reveal frauds like Piltdown Man by making even bigger fakes and just leaving them around.

It’s like if instead of unmasking old land tycoons pretending to be ghosts, the Scooby Doo gang instead also dressed up like ghosts and tried to be so obviously fake about it that the local cops would eventually bust the old land tycoon because it was just too suspicious that the old amusement park has six ghosts, one of whom is a pirate with fish for hands.

Anyway, this is the Queue. Charles Dawson was a terrible archaeologist, and worse, when analyzed his forgeries weren’t even that good, and yet he managed to get himself onto some of the most prestigious societies of his time and had a statue dedicated to him by Sir Arthur Keith decades after he died, because he made a fake skull. And we may never have found out if not for those meddling kids and their collection of even more outrageous fakes.

So, last Saturday a guildie invited my Warrior to his other raid’s Normal. My DPS topped out at about 3000+ in 358ilevel. I couldnt understand why my DPS was so low. Now some of the fights were movement heavy and I’ve never been good at heavy movement fights as I am a keyboard turner and a clicker, but I don’t normally suck that bad. I was embarrassed for myself and my guildie.

Anyway, a few days later I go to put an upgraded Conduit into my Soulbind only to realize that after changing back from Venthyr (I had been trying to farm a few
items leftover from the Ember Court) my Bastion Soulbind had automatically switched to Pelagos who had no Conduits.

I have had this happen to me several times and it’s the exact reason I hate borrowed power systems summed up in a nice neat little package. Going all the way back to the first time I realized I tanked a Mythic+ in my DPS Azerite Armor pieces, I hate when new systems give me even more chances to screw something up or not notice something important.

I finally have my second level sixty character. My Draenei Shaman. He was my main and hasn’t been at max level in a current expansion since WoD.

I am compelled to say DING and then Grats!

Q4Q: What should be Dracthyr flirt lines?

Pain. Agony. My flirtation burns in the cavernous deeps.

The world heaves with my foment. Its wretched kingdoms quake beneath my gaze.

But at last the whole of Azeroth will shake, and all will burn beneath the shadow of my flings.

What? Deathwing was a daddy.

It is weird seeing how much more popular Necrolord is now in the expansion cycle vs how it was in 9.0. I am doing the Stitchyard weeklies on my paladin and there’s so many people! Back in 9.0 when ele was one of the few Necrolord specs it was so dead.

Q4tQ: Do you think the upcoming season 4 indicates Blizz will be using remixed content to provide entertainment during the lulls between new content patches in Dragonflight?

I think it’s essentially a way to try and compensate for the dread content lulls that have always hit at the tail end of an expansion. Ironically, I tend to enjoy expansions more at the end, when there’s a nice few months where I can catch up and explore and run older content for transmog and so on. But now, with the changes that will make older content relevant and bump up Mythic+, I think we could end up with a solid model for that kind of between expansions content going forward.

Sometimes using cheats when playing an older game is just a way to smooth the edges of out dated game design. Games used to be a lot grindier and a lot harder, and that can poor some rain on your old nostalgia trip when you just want to breeze though some old content for da feelz and not have to retrain muscle memory pixel perfect movement, or grind gold or xp for hours on end to progress..

And some games had rough design, even for their time, where using available cheats was a fair way to compensate for shoddy craft (looking at you MMX6 [hard to believe you weren’t the worst of that series]).

People ate weird about cheats. Honestly, if using a cheat code or a mod or a weird exploit makes a game more fun for you? Cool. I remember playing Fable — the OG one — and using that weird exploit where you would buy a house, decorate it so it had two places for trophies, sell the house and then blow up the front door and run in and take the trophies back, and then buy the house again.

Nothing required a mod or a cheat code. You just needed a house with a door that you could blow up without hitting anyone else and two trophy plaques. There was a really great one in Oakvale, as I recall. I made enough money to buy all the most expensive gear in the game this way.

Nowadays I use a save game editor to give myself eddies and upgrade low quality gear to legendaries in Cyberpunk 2077 just so I can wear any outfit I like. It makes me happy. I don’t see the problem.

So that’s the Queue. Let’s start a vigilante group that foils crimes by committing bigger, even more obvious crimes.

Blizzard Watch is made possible by people like you.
Please consider supporting our Patreon!
Filed Under: Pilty
Advertisement