The Queue: I finally have internet 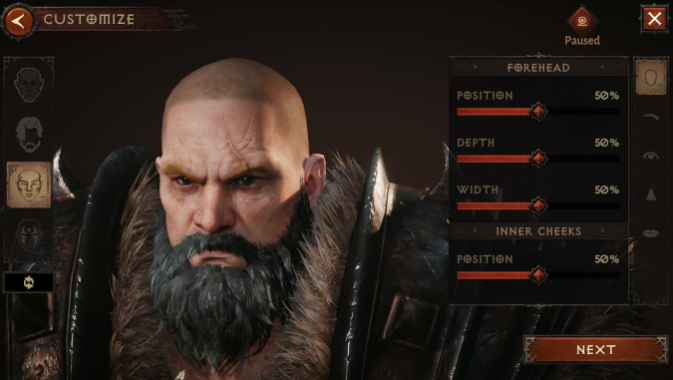 So yeah, my wife and I moved this week and today — the very Friday you would presumably be reading this Queue — is the first real day of being able to access the internet on my PC. So many updates trying to start all at once. I downloaded the PC beta for Diablo Immortal, and while I think it’s got some issues, like a glaring problem with the controller sensitivity that no amount of tinkering has yet fixed for me, I also think it’s superior to the tablet version. I’ve played both, and I generally prefer the game on PC.

Seriously, the character creation for DI is amazing. That is way more than I was expecting.

Anyway, it’s the Queue, let us do the thing.

ARMENIUS, YOUR ACCEPTANCE WAS NEVER REQUIRED, ONLY YOUR OBEDIENCE

How dare you? You deign to think that you have any say in whether or not FromSoft releases its next doom upon the world? Sooner might you convince the hurricane to add blood lightning, or talk a pestilence itself into including all you can eat bacon, then might you speak the dark words to they who have splintered empires and destroyed fellowships between stalwart friends.

Truly, in your overweening hubris, you have cracked open the last seal that prevented the doom that came to Sarnath from coming to consoles and PC in years to come. Lamentation shall be heard upon the horizon, and a splintered world will cry out “Who has caused this tribulation to come upon us? Who has decimated us, caused 1 in 10 to forever build bases and be slaughtered at those bases by waves of hideous aberrations, stitched together undead birds with swords in their beaks and chainsaws in their talons?”

And they will all turn to you, Armenius, their eyes black with the blood you have forced them to weep, as they collect more scraps of garbage off of a devastated landscape to build yet another settlement.

MUSEDMOOSE, I GIVE YOU LEAVE

Q4tQ: I’ve finished my daily workload but still have two hours before I’m done at my job for the day. Would it be wrong for me to start playing Diablo Immortal? (Please remember that I technically work for an ethics company.)

No. It is your fate. It is your destiny. Slay the demons and look better than any protagonist in any Diablo game to date has ever done, with fully customizable features including forehead width, I mean seriously what the heck I can make my nose bigger or smaller, this is clearly witchcraft and I am here for it.

JALAMENOS, NOBODY EXPECTS THE DRAGON INQUISITION

I will never not read “D:I” as “Dragon: Inquisition”.

Dragons bust in the room.

Our three weapons are fear, surprised, ruthless efficiency and being giant fire breathing reptiles with skin like armor.

You will know what you have done when the shadow falls upon you.

No, you stayed up all night playing Diablo Immortal and now your brain is kind of warped.

Blizzard Watch is made possible by people like you.
Please consider supporting our Patreon!
Filed Under: It Must Be Destroyed. It Must., Yes
Advertisement